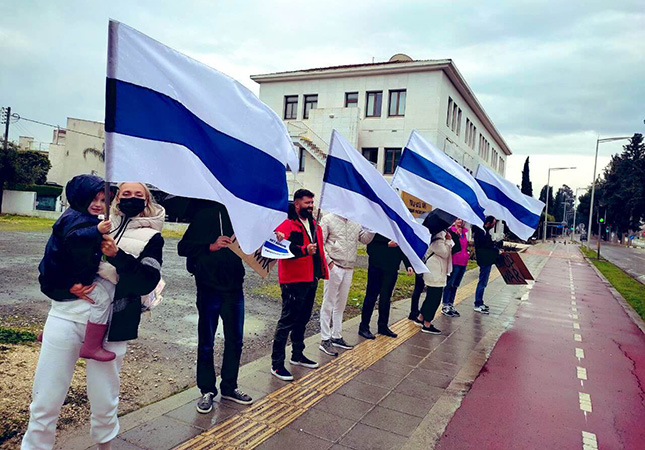 A month ago, Olga Rudenko, editor of The Kyiv Independent, posted on Facebook a comment about an unfortunate characteristic of roundtables held in the West about Ukraine. These meetings almost invariably invite “good” Russians and any discussion about Ukraine is hijacked by them.

Her words, not always welcome among Westerners let alone “good” Russians have now been supported by the editors of the Grani portal who say that she’s right, that Russians even “good” ones, shouldn’t be taking part in such discussions and that, if they’re invited, they should shut up.

Rudenko’s words, especially now that they have been seconded by the Grani portal, are important and deserve extensive quotation.

She posted her comment on the basis of her impressions, “not always pleasant,” of taking part in conferences about Ukraine, Putin’s war there, and the Ukrainian media across Europe. Here are the key passages of her remarks lightly edited for readability:

In the West, the Russian and Ukrainian narratives are still very strongly mixed. Russians are invited to roundtables about the reconstruction of Ukraine for some reason. You know, the ‘good’ Russians.

And with the Russians and without them, any conversation about Ukraine quickly turns into a conversation about the problems of Russia and Russian society. This is a great challenge for us now: to tell the world that we don’t need this and we can’t mix. Now, this is not just wrong; it is extremely inappropriate. The whole war is about the fact that Ukraine is not Russia. Ukrainians die for that every day.

In part this mixing happens because Russia’s attack on Ukraine led not only to what the West discovered about the brave and extraordinary Ukrainians but also to increased interest in Russia and Russian culture. Obviously, people are wondering how ‘the mysterious Russian soul’ explains all this.

Of course, it is important for our future that Russia is reborn into something normal. But that doesn’t mean that every conversation about Ukraine [should be] a conversation about Russia. Such mixing is a shameful and humiliating practice that directly follows both old Soviet and more recent Kremlin narratives.

Ukraine can’t wait until Russian society heals. The Russian military will not be stopped by media literacy and VPN for Russians. They will be stopped by javelins, NLAWs, and further action artillery. Before Russia can be treated, it must be stopped.

Russian liberals and independent media overwhelmingly seem to feel no responsibility for what is happening … They have the inherent view of the hero victim and don’t ask ‘where did we go wrong?’

Even foreigners close to us do not understand why we do not love ‘good Russians’ and is surprised when Ukrainians criticize liberal Russians … The West willingly accepts the Russians’ self-evaluation and tells Ukrainians ‘don’t argue with good Russians; you’ll need them.’ It’s not entirely clear why because they have contributed so little so far.

It’s hard for me to restrain myself when Russians say they are ‘victims of propaganda.’ For that to be the case, they must either have darkness or emptiness in them from the beginning. In 30 years, Russian society has not created values to fill this voice, and so it is filled by Solovyev and Simonyan. Ukrainian society in contrast has created values, an identity and a national idea, all at a great price.

All this is clear to use; but quite obviously to the outside world, including societies and communities who support us, it is not. The world finally found out who we Ukrainians are, but we still have to work hard to explain to it who we are not.