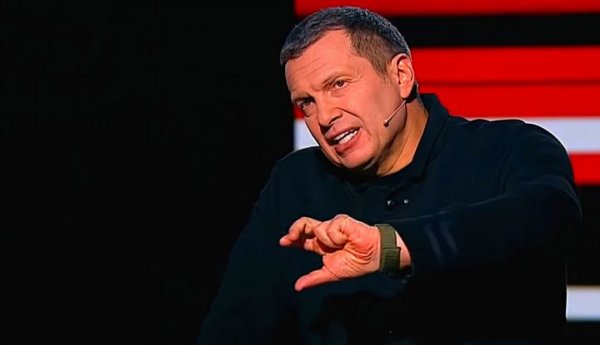 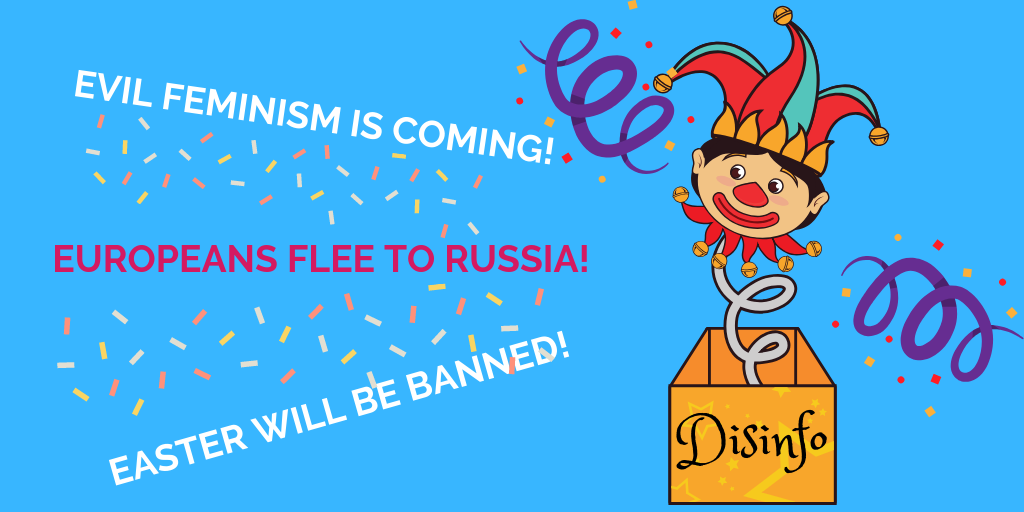 On 1 April, people in many countries play practical jokes and spread hoaxes. But how do you celebrate when your daily job consists in tracing made-up stories and monitoring disinformation narratives? We did some reminiscing – and came up with a selection of disinformation cases that might make you laugh. Do not let them fool you though – they really did (not) happen!

The contagion of evil feminism is moving from the US to Europe and further, also towards Russia. It knows no laws – apart from the dictatorship laws. The fierce women’s world is coming, also in fashion. Looking at men’s fashion weeks in London, Paris and Milan, male fashion trends are dresses, high-heel shoes and a lot of make-up.

The virus is mutating on its way to the East. In Belarus, it takes the form of promoting feminine men, who stand with a floor-cloth and do laundry while strong women make money to support their families. This European propaganda, apparently, destroys family as a social institution. Speaking of gender fluidity – Russian delegation to the Parliamentary Assembly of the Council of Europe had a scare earlier this year, as they were required to include six sexes into the delegation.

All of those evil values of feminism and equality are hurtful even for the European themselves – which is probably why many of them flee to Russia, saving themselves from juvenile justice, aggressive sex education and homosexual dictatorship. Americans do that, too, as almost a third of them dream of leaving the United States. They settle in Russia – like Steven, who appeared on the Russian NTV, did – and couldn’t be happier. The fact that he actually lives in Latvia and the whole story was widely criticised by the Russian audience, somehow didn’t affect the NTV’s coverage.

And as we eagerly await Easter (or the spring break), we remember how the Americans tried to transform Santa Claus into a woman or a gender-neutral character. But all is well, as long as the Council of Europe refrains from banning Easter again, and Pope Francis is not serving the global Zionist conspiracy.