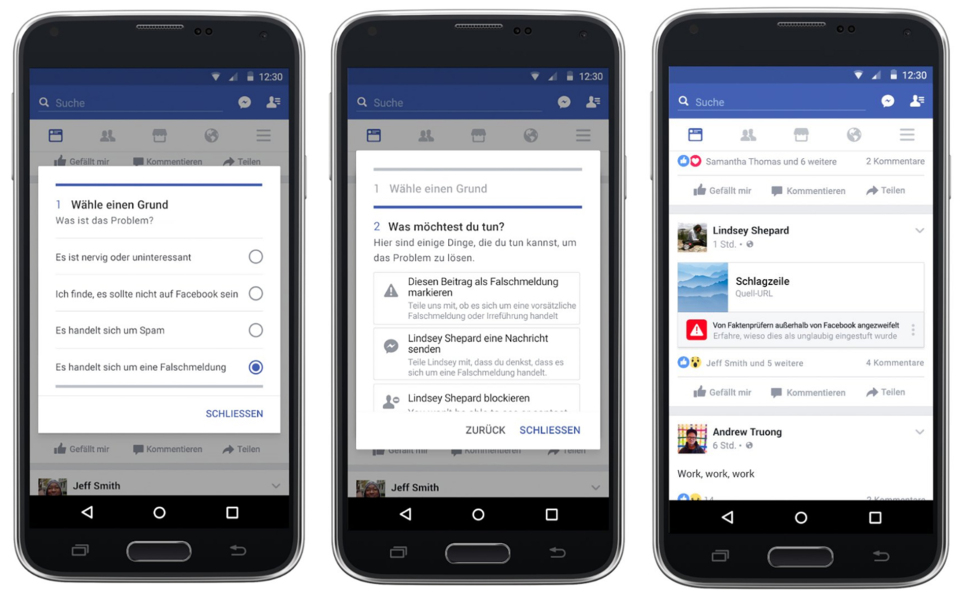 The social media giant has announced a series of measures to curb news-packaged disinformation on its German platforms. Analysts have dubbed Germany a “fake news hotspot” as it enters a key election year.

Facebook on Sunday announced an initiative to combat the proliferation of fake news on its German-language social media platforms.

“We are working very carefully on a solution to this problem. Our efforts are focused on the distribution of unique false alarms generated by spammers. We have also used third parties to provide objective, unbiased reviews of news,” Facebook said in a statement.

Under the initiative, Facebook will create tools to make it easier to report suspected articles, display warnings next to statements identified as false by an independent fact-checking organization and cut off advertising revenue for fake news sites.

“Fake news – especially on Facebook – is already one of the major threats of our society. That is clear. We fear that these threats will become even more massive in the coming months, whether it is the NRW election or the election of the next Bundestag in autumn,” Correctiv said in a statement.

“For this reason, we are determined to do as much as we can to fight fake news. Our democracy must not be abused by lies and liars,” it added.

The announcement comes as Germany enters a key election year with parliamentary polls scheduled for September, in which politicians have warned that fake news may play an influential role.

German Justice Minister Heiko Maas has called for stringent penalties for those producing and disseminating fake news, warning it could unfairly influence election campaigns at the state and federal level.

Thomas Oppermann, parliamentary chairman of the Social Democratic Party (SPD), in December called for penalties of up to half a million euros for social media companies that fail to delete a hate message or fake news hosted on their platforms.

“If, after appropriate examination, Facebook does not delete the offending message within 24 hours, it should expect individual fines of up to 500,000 euros ($532,000),” Oppermann told “Der Spiegel” news magazine.