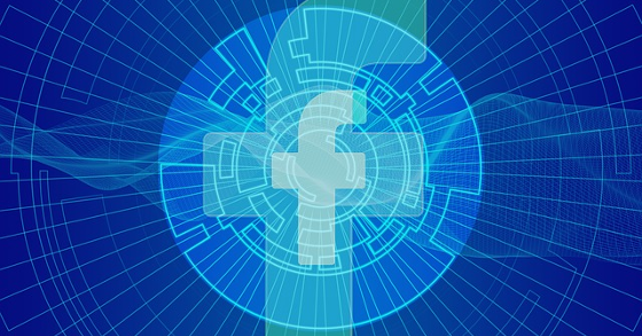 For over 2 months in a row InformNapalm volunteers have been struggling with the wave of Facebook bans. Currently 4 of our active members are blocked for 30 days. While these bans are the result of new Facebook blocking policy, we investigated “ban words” and discovered that there is no way for the user to address this issue properly and to avoid further bans. Regular Facebook Search options would not let the user find old comments that were made outside his or her timeline. So here it goes – ban after ban.

Yesterday one of our volunteers wrote a long message to Facebook Support describing this in detail. We know that InformNapalm has become a target for Russian bot farms. Russian government-supported groups are trying to silence our community and minimize public access to information about Russian war crimes.

Now it is time for us to ask for your support. Please, spread the word, help us reach out to Facebook Administration and make our voice heard! We cannot let Russian authoritarian regime muffle the truth and swamp Facebook with propaganda.

Here is the full text of the message:

Today I got a message from Facebook stating that one of my comments violated Community Standards. I am fully aware that Facebook just recently has toughened up the rules and introduced sanctions for some of the words that previously were considered to be OK. Certainly, this will be no news to you that Ukraine has been fighting off the Russian Aggression for the last 4 years, and no wonder that many Ukrainians, including myself, are not very fond of the Russians who are responsible for killing 11,000 people and driving almost 2 million Ukrainians out of their homes.

I do not want to get into the long discussion about what made you consider the words like “русня” offensive, especially when taken out of the context; to me this looks like a questionable step, but Facebook is a private company and you can do whatever you think is good for you. Rather than judging your decision, I would like to show you the issues that I have to face as a user while trying to get adjusted to your new rules.

First of all, it is the retroactive effect of these rules, which means that your new blocking policies affect my old posts and comments. What this means to me that now I have to look through all of my posts and comments (that’s 8+ years of Facebook history). Here you may argue that I can use Facebook Graph Search or Activity Log Search in order to find the posts and comments which used the words that Facebook deems improper now.

Yet, here comes the second issue, which is even more significant than the first one, because this search DOES NOT WORK. After the first time when you blocked my account for 1 day on Christmas I already used ALL search options provided to me by Facebook in order to find my posts that violated Community Standards. I found 2 or 3 and edited them – no problem.

However, on April 25 I got another ban from you – for 3 days – stating that one of my posts violated Community Standards again. In fact, it was not the post – it was one of the comments that I made under someone else’s post. The comment was made a long time ago: there was not specific date indicated, but my best guess is that I posted it somewhere in 2015. This comment had not been shown in my search results, even though I used the correct keyword.

After I was released from the ban, I checked the search options once again. Both Graph Search and Activity Log Search showed that my posts were clean, and yet today I got another message with the comment that again was made back in 2014-2015 under someone else’s post. I cannot possibly find these comments because Facebook has not provided me with the tools to find them.

So how do you expect me to clean them and try to keep up with your new rules? It is a vicious circle and I see no way for me to break it.

To complicate the things even further I will ask you another question: how is it even possible for an ordinary person to see and report comments which are that old? Unfortunately, I know the answer. I am sure that I was chosen as one of the targets for the attack of Russian bot farms. Apparently, Russian bot farms have developed software that automatically searches specific keywords in all content posted by popular Ukrainian journalists and bloggers and reports them Facebook admins.

I happen to be among the targets because for several years I have been working with InformNapalm (https://informnapalm.org/en/, https://www.facebook.com/informnapalm24/). InformNapalm is a famous international volunteer community that exposes Russian propaganda and publishes journalist investigations with regard to the Russian aggression in Ukraine, Georgia and Syria. So there are plenty of reasons for Russian bots to attack profiles of all people who are affiliated with InformNapalm.

For the last couple of months our volunteers have been jumping from one Facebook ban to another. At the moment 4 members of our community are banned for the same reasons which I explained to you above. They were banned for old comments they could not find using standard Facebook Search tools.

In light of this I am asking you to take another look into the situation and to stop using retroactive bans for the old content that cannot be traced with the standard Facebook search tools. At the moment, Russian bots farms are misusing the deficiencies in Facebook blocking algorithm to silence the voices they do not like. Please, investigate the case and do your best to improve the situation, because current Facebook policies are only beneficial to the Russian authoritarian regime and Russian propaganda.

Thank you so much for your time and your consideration!

5G technology: Poland as a leader of resistance against disinformation

Researchers’ warning: it is possible that even the vaccine does not stop the pandemic. Because of the fake