Ukrainian and Russian media disseminated a story this week claiming that despite the 2014 Ukrainian ban on doing business with the Russian Federation, Russia is the largest importer of weapons from Ukraine. The source for this story is the Stockholm International Peace Institite (SIPI).

According to the SIPI trade register after the 2014 Ukrainian ban on export of weapons to Russia, the status of these transactions is unclear.

Russian and Ukrainian media report that in 2015 Russia paid Ukraine 98 million dollars for purchased weapons, in 2016 that figure grew to 169 million. Ukraine’s Channel 24 television station reported that “the lion’s share of Ukrainian military exports to Russia were 218 engines for the Yakovlev  Yak-130 jet trainer fighter plane. 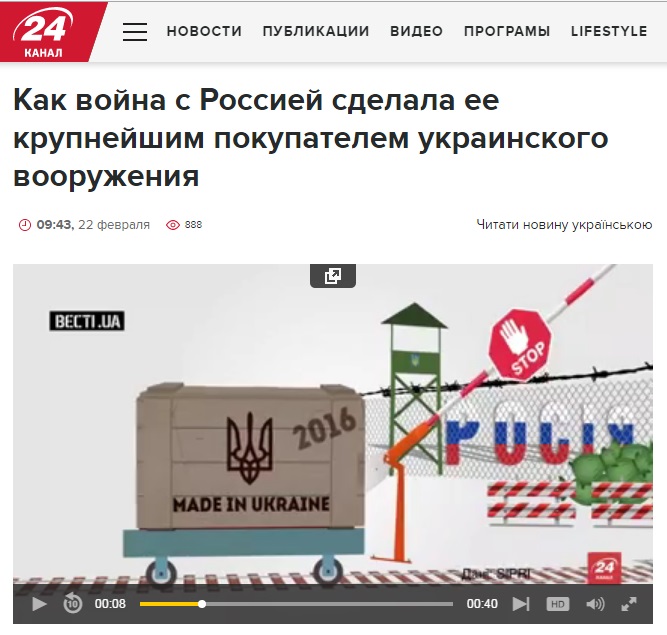 The SIPI website contains much more information than the figures presented in the table that Ukrainian and Russian media used as a basis for their erroneous story. One can track the amount of arms bought and sold between any two given countries over the span of many years. 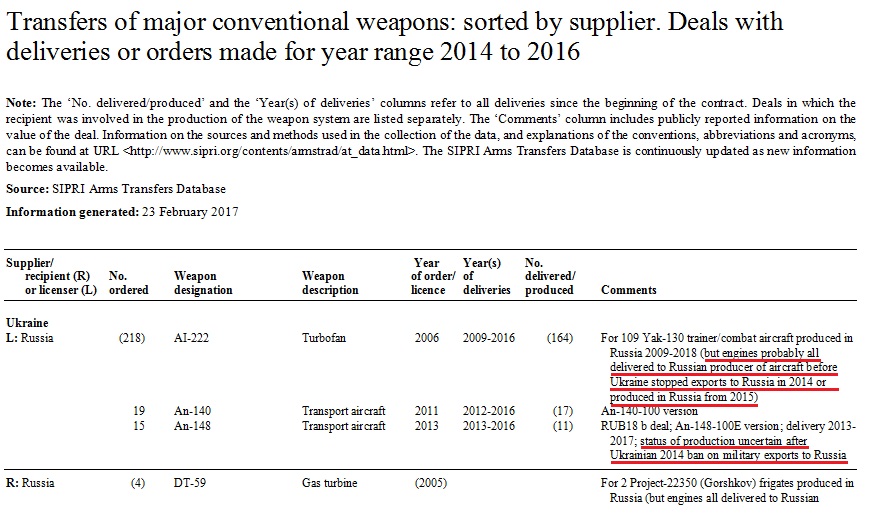 Selecting Ukraine and Russia on the Stockholm International Peace Institute’s trade registry for the 2015-2016 period yields a table where almost every transaction contains the notation “engines all delivered to Russian producer of aircraft before Ukraine stopped exports to Russia in 2014 and more frigates ordered but cancelled due Ukrainian export ban” or “status of production uncertain after Ukrainian 2014 ban on military exports to Russia.”

After 2014 Ukraine and Russia have not signed any arms sales agreements. 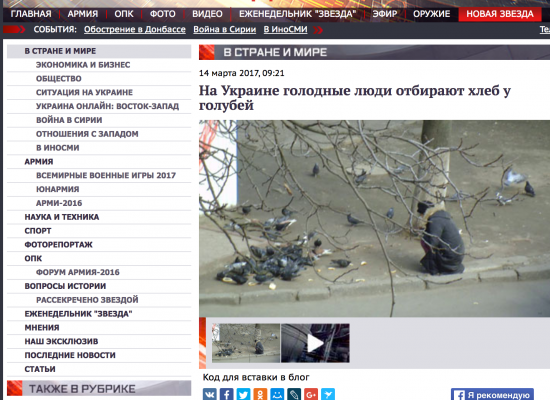 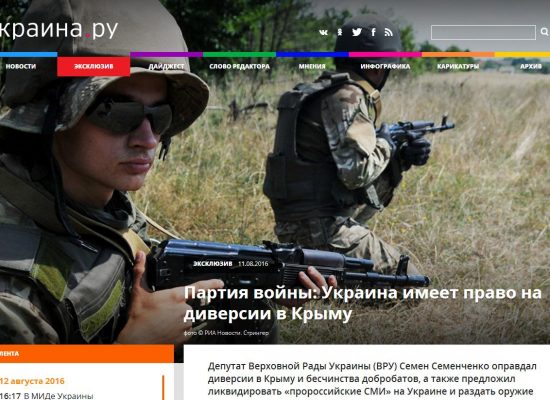 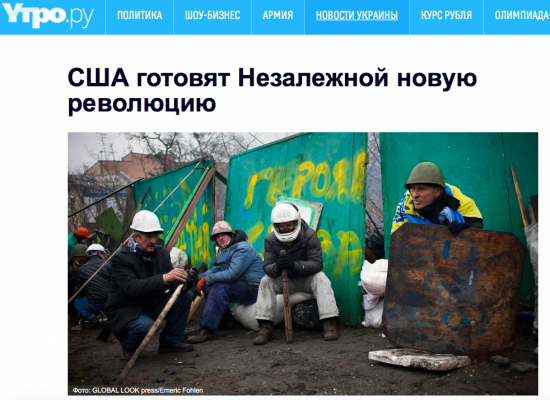 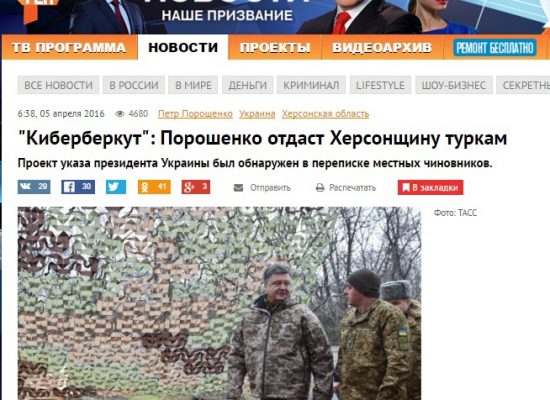