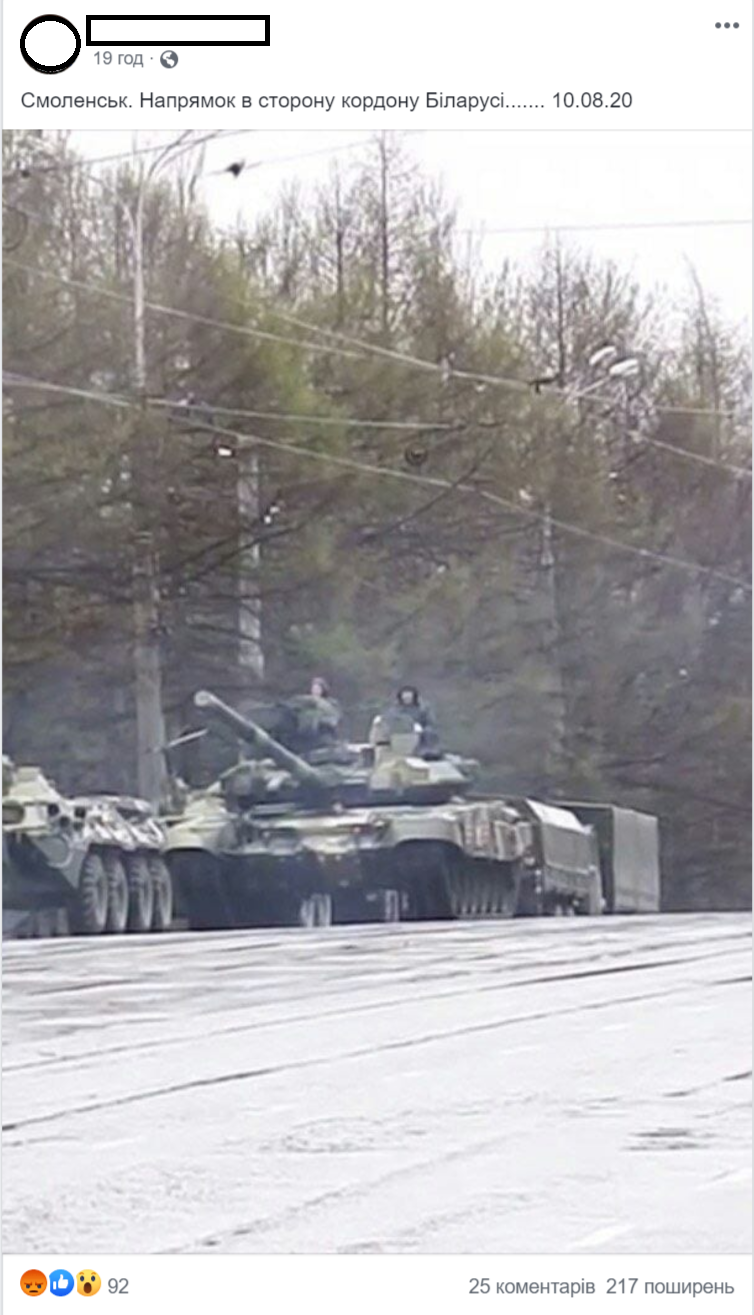 As the protests in Belarus intensified, fakes about the unfolding events began spreading on social media. One Facebook account in particular began circulating a photo with tanks and other military hardware claiming the picture showed Russia transferring troops to the Belarus border through the city of Smolensk, some 369 kilometers west of Moscow. The photo is purported to have been taken on August 10, 2020. In fact the picture is from 2017, it was taken during a military parade in honor of Victory Day in the Russian city of Nizhny Tagil in the Ural Mountains region.

The photograph shows a Russian T-72 tank and an armored personnel carrier traveling in a convoy with other military equipment. The photo appears to have been taken in a city; it features electric poles and part of a trolleybus overhead wires. The bare trees indicate that the picture was taken either during early spring or winter. Skeptical comments as to the veracity of the photo are dismissed; the person who posted the photo claims that it is genuine.

Using reverse imagery software StopFake found the original source of the photograph. The image published in Facebook is a cropped screenshot from a video of a Victory Day military parade held in Nizhny Tagil, Russia on May 9, 2017. The tank in the photo is clearly visible from 00.14 in the video. The person who recorded the video even comments on the weather: “It’s either snow with rain or rain with snow”. Other photos featuring this very same tank from that day can be found online.