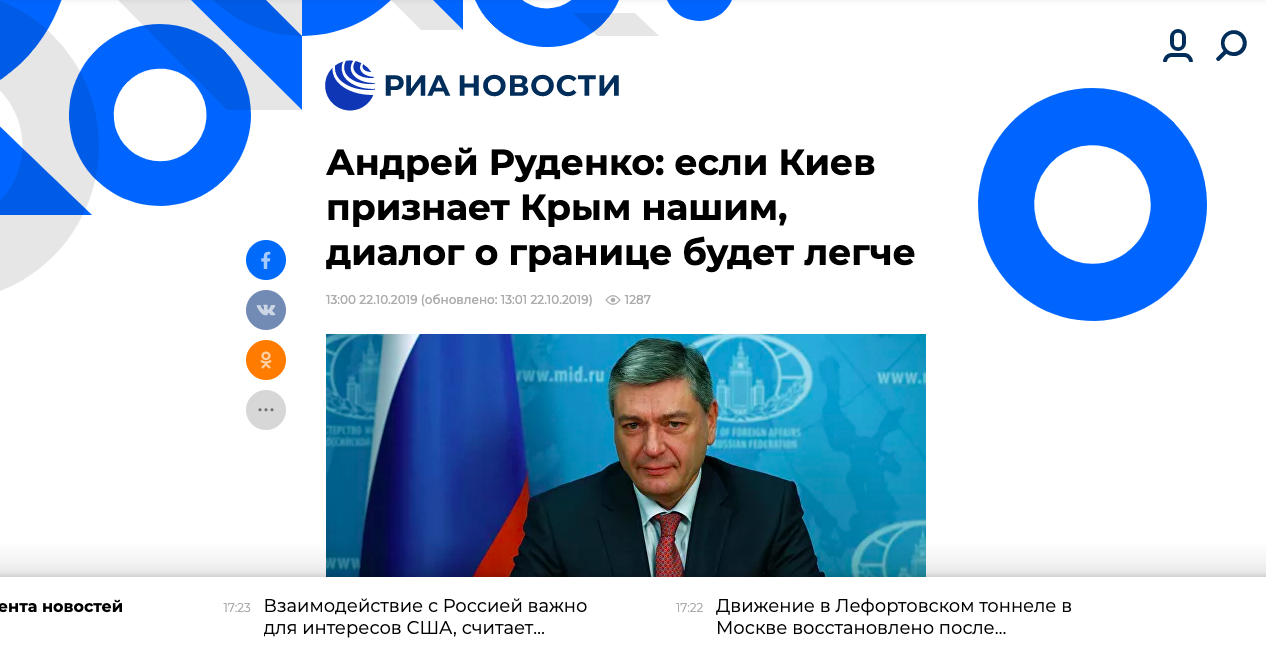 Russia’s Foreign Ministry has made Ukraine what it calls a convenient proposition, that Kyiv unblock negotiations on the delineation of maritime borders between Ukraine and Russia by recognizing the annexation of Crimea. According to Moscow, Article 298 of the 1982 United Nations Convention on the Law of the Sea should serve as the basis for resolving the issue. Russia’s Foreign Ministry says the Convention, which foresees the absence of unresolved territorial disputes between countries, will help to divide the waters of the Azov and Black Sea waters and the Ukrainian side can spur the negotiation process forward by recognizing the Russian status of Crimea. 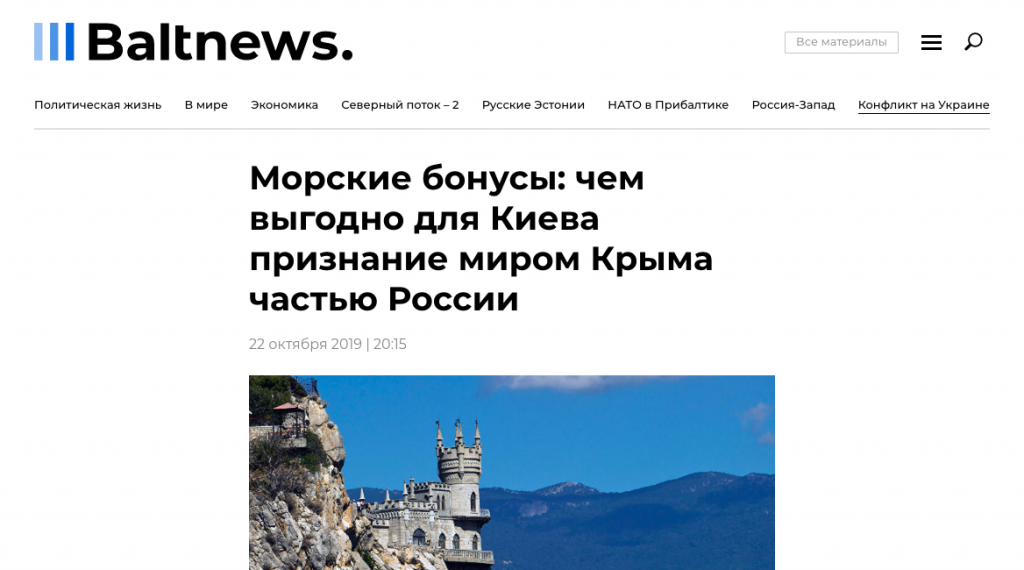 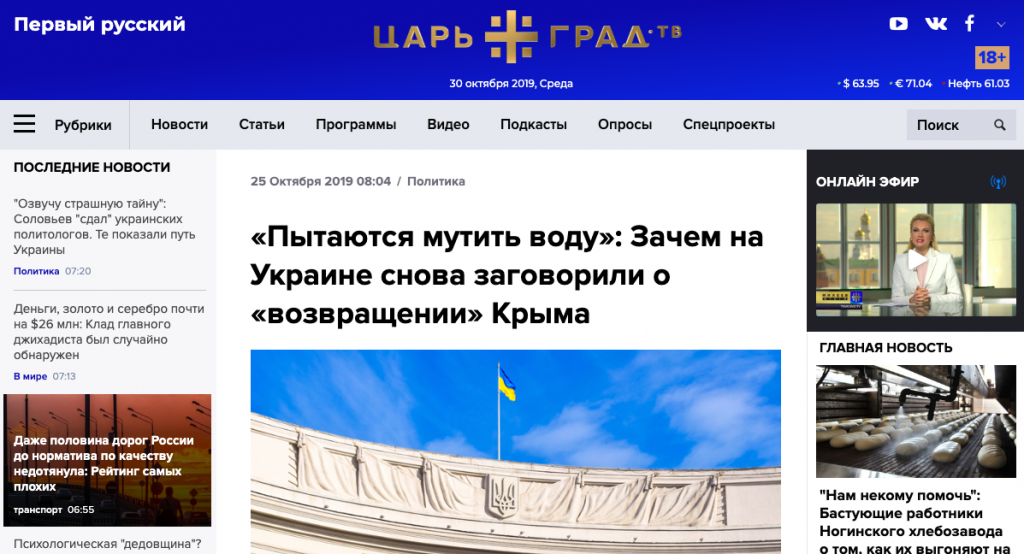 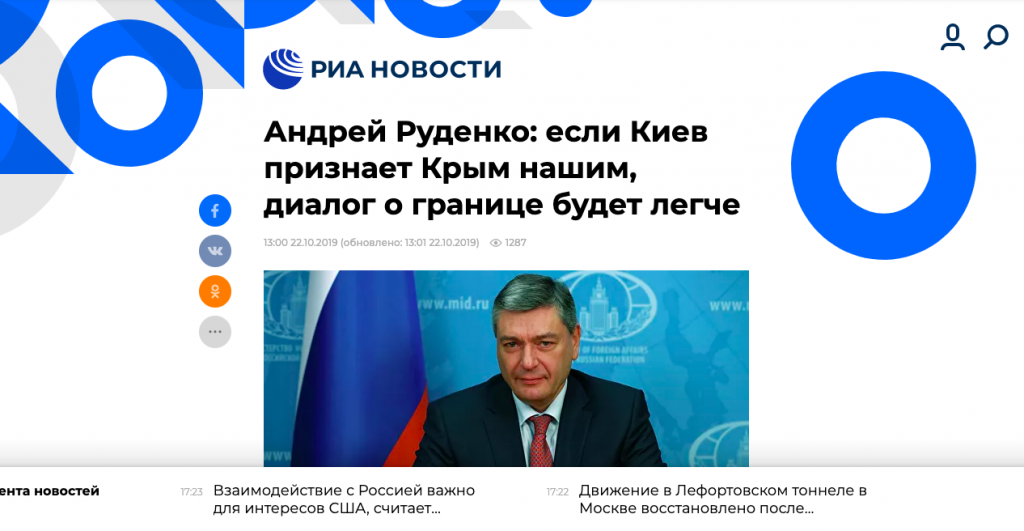 Ukraine has raised the issue of delineating its maritime borders with Russia for some time and the topic became increasingly pressing after Russia shelled and captured Ukrainian military boats and crew in the Kerch strait last November. In September of this year Ukraine’s river and sea transport service Derzhhidrohrafia proposed starting mandatory negotiations with Russia on establishing a sea border between the two countries. Derzhhidrohrafia then declared that the formation of a special international delineation commission is possible on the basis of Article 298 and Appendix V to the UN Convention on the Law of the Sea.

Article 298 of the UN Convention on the Law of the Sea provides for the establishment of a special commission to deal with maritime border disputes between countries that they themselves could not agree on. 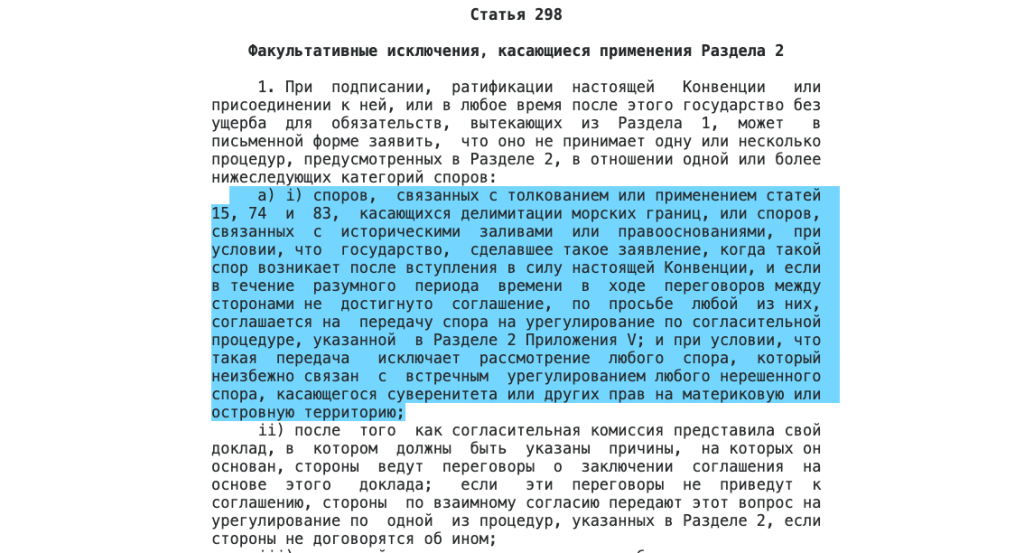 However, the very first subparagraph of the article emphasizes that the commission can make decisions on issues related exclusively to the delineation of maritime borders and excludes the consideration of any dispute related to territorial conflicts. In other words, Ukraine can convene a UN sea commission even in the conditions of the annexation of Crimea, simply this body is not authorized to consider the issue of occupation of the Ukrainian peninsula.

Article 298 specifies the formation of a special committee which will oversee maritime border disputes between countries that they themselves could not resolve.

According to the UN Law of the Sea Convention it is Ukraine that is the coastal state in the Black Sea, the Azov Sea, the Kerch Strait and the waters adjacent to Ukrainian Crimea. Ukraine’s Foreign Ministry emphasizes that Kyiv is ready for negotiations in any format to restore Ukrainian sovereignty over the annexed peninsula.

Russia regularly pedals fakes claiming that after the annexation of Crimea Ukraine has allegedly lost any right to use the sea routes adjacent to the peninsula. However, according to all international norms as well as interstate agreements, Kyiv has every right to use both the Black and Azov seas. Even the temporarily occupied status of Crimea does not deprive Ukraine of the right to navigation in its inland seas.