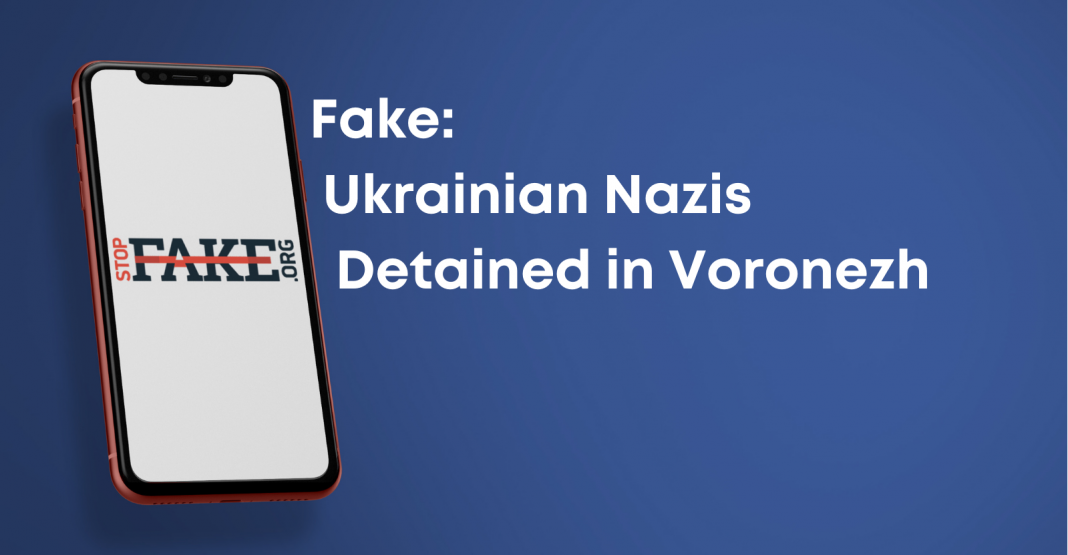 Three local residents were indeed detained in Voronezh on charges of extremism. However, all of them are Russian citizens and members of a local Nazi organization with no ties to Ukraine.

Numerous Russian media, including Kommersant, TASS, Rossiyskaya gazeta, RIA Novosti, and many others reported that followers of a Ukrainian neo-Nazi organization MKU (“Manyaky. Kult ubiyts” – “Maniacs. Cult of Murderers”) were allegedly uncovered in Voronezh. The media claimed that the group consisted of three local residents, Roman Grebenshchikov, Ilya Shmelyov and Aleksandr Simonov. The latter is being held in a pre-trial detention facility, while the court ruled against arresting the two others. The media claimed to have received the information from a report and a video by the Investigative Committee of Russia (ICR). However, the press release of the ICR itself does not mention the detainees having any Ukrainian connections. 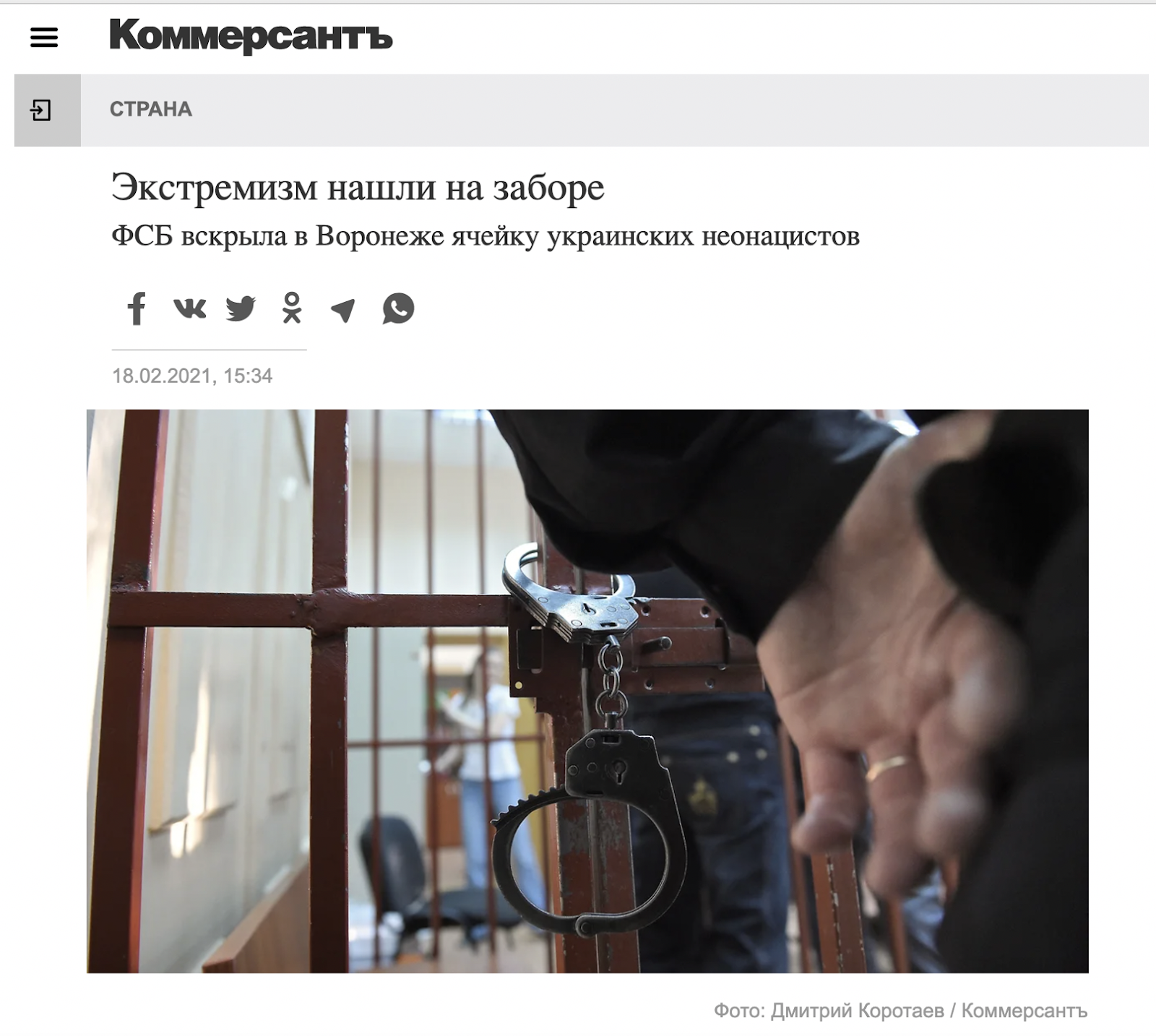 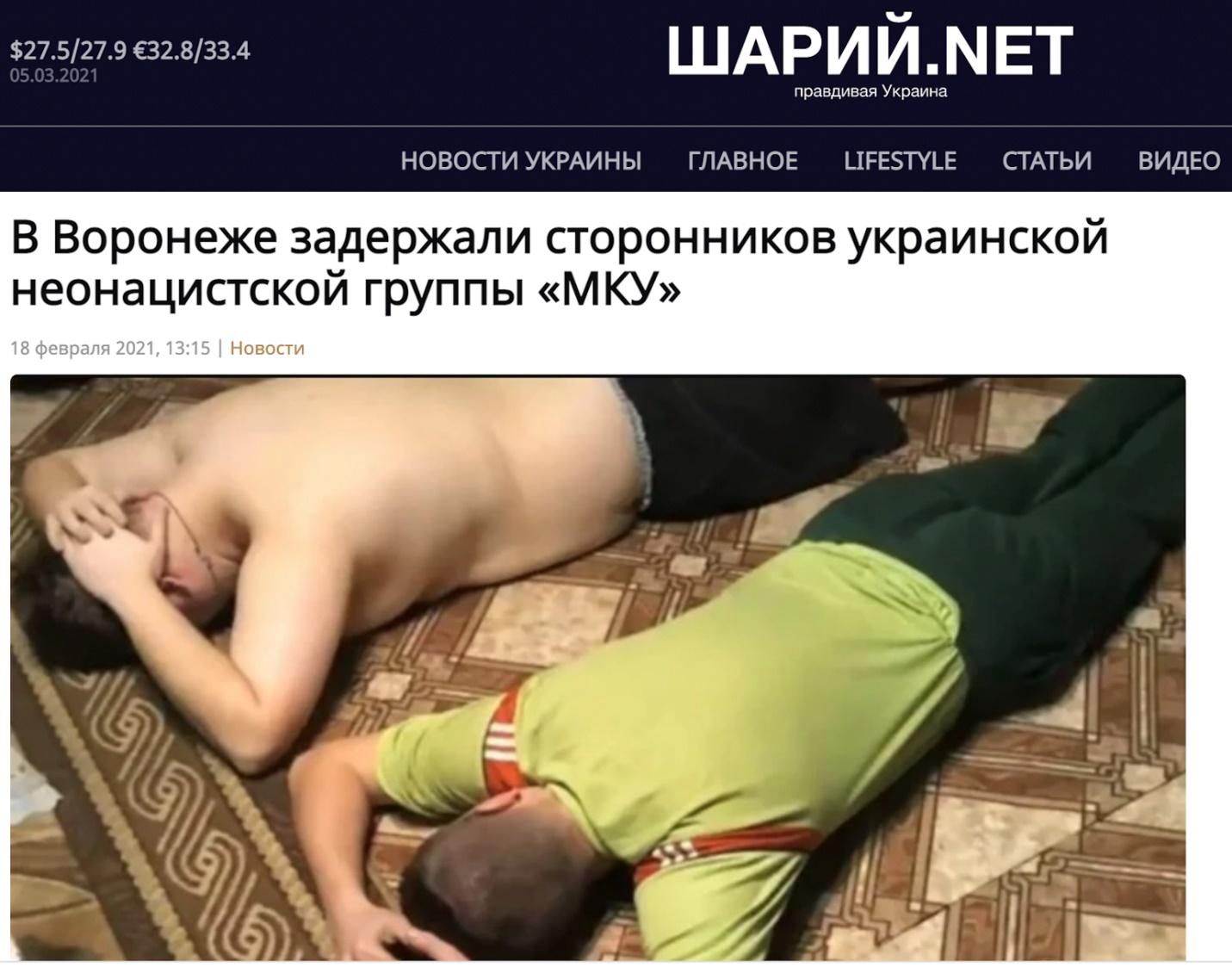 However, the Russian nationalist organization Russian Corps has confirmed that all the three detainees from Voronezh were former members of their organization. 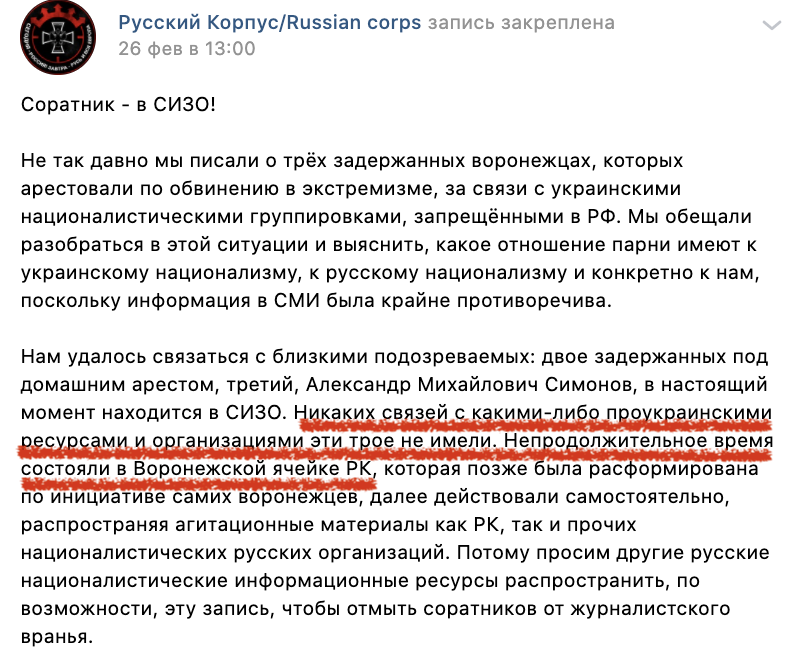 Additional evidence was posted on the profile of Roman Grebenshchikov, one of the detainees, on the social network VK. In the pictures, Roman is seen taking part in rallies with Russian imperial flags and wearing clothes with the symbols of Russian nationalists. 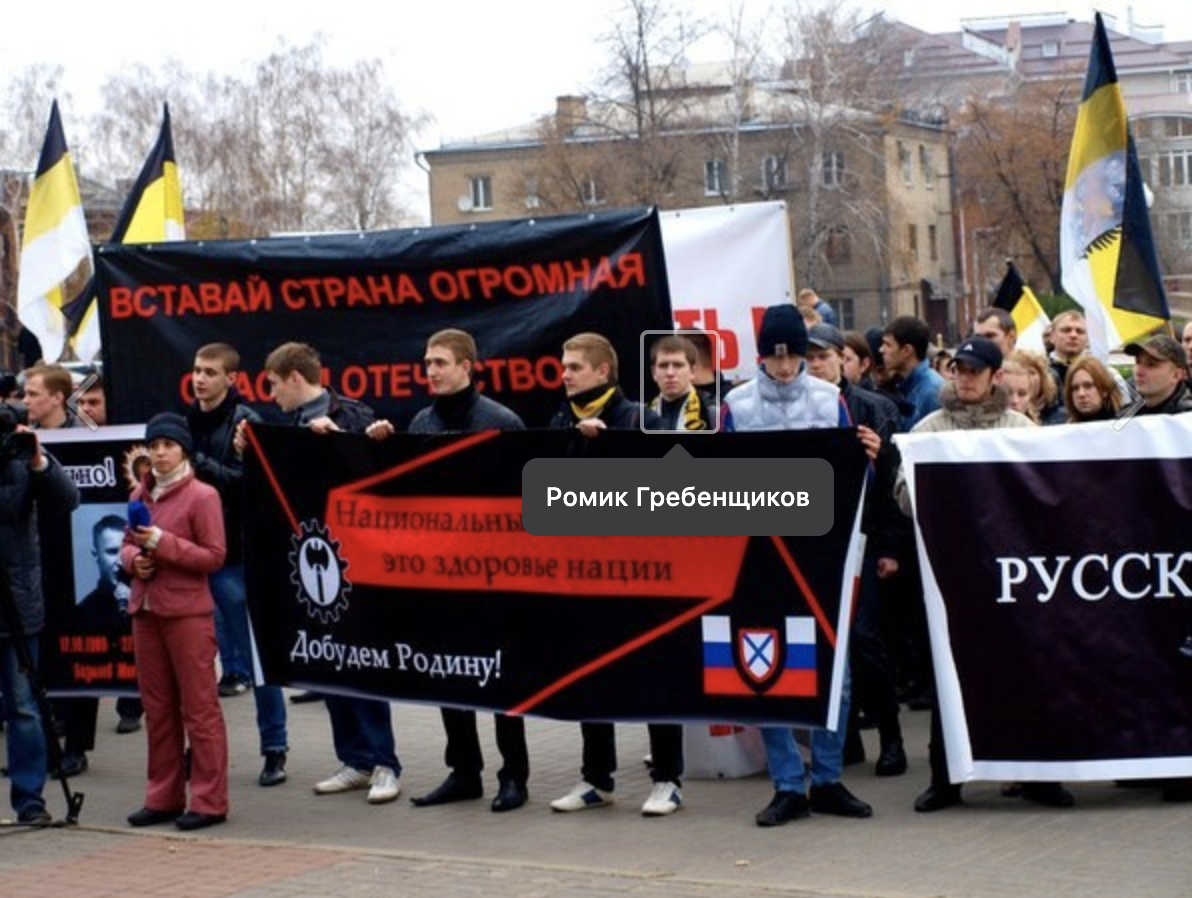 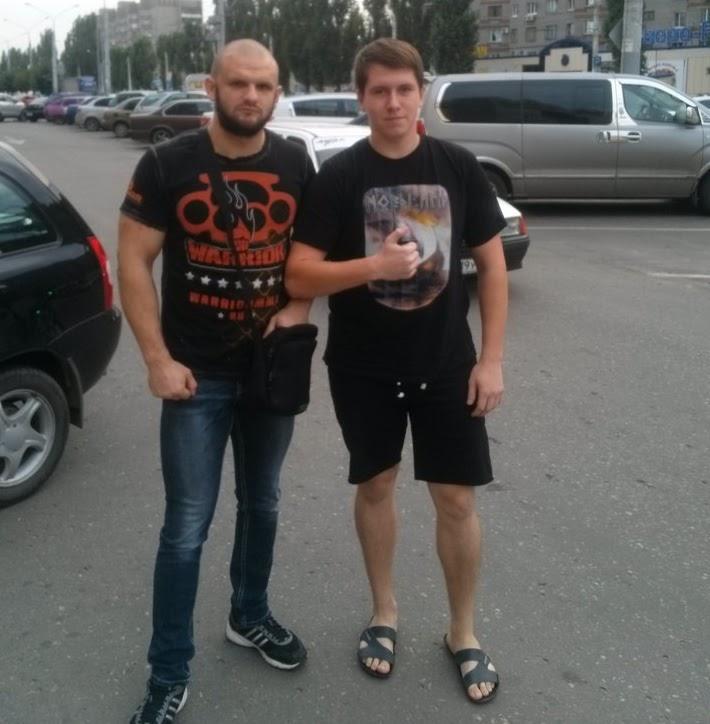 In his interview with StopFake, Grebenshchikov also denied any ties to Ukraine or affiliation with Ukrainian far-right radical groups.

“We have nothing to do with Ukraine. I didn’t even know what MKU (“Maniacs. Cult of Murderers”) was. It was the journalists who came up with that. Those materials of the investigation that I’ve seen also had nothing to do with Ukraine. All the (detained) guys from Voronezh are Russians, I know them all, and I don’t even know how they linked us to Ukraine. I even laughed at what was shown on TV; it’s complete nonsense. I asked the investigator why he’d done it, and he said it was all journalists’ doing,” said Grebenshchikov.

The father of 33-year-old Aleksandr Simonov (in detention), another person involved in the case, told StopFake that his son had been detained for writing a slur against migrants on the wall of a building.

“They wrote on the fence, ‘Chinks go away!’ And now they are charged with extremism. Once, he went to some kind of rally against migrants. Before, he was previously sentenced to a year on probation for publishing a poem about the Uzbeks online. As for Ukraine, he has nothing to do with it. All the detained guys are locals, from Voronezh. We don’t even have family in Ukraine. Sasha [Aleksandr] has never even been to Ukraine. Although he did go to Crimea on a motorcycle,” said Mikhail Simonov.

The investigator of the “Ukrainian Nazis” case Ilya Bichev told StopFake that he had never provided the media with information about links that Grebenshchikov, Shmelyov and Simonov allegedly had with a Ukrainian Nazi group, but he refused to confirm or deny that this information was contained in case files, citing secrecy of the investigation.

StopFake asked the ICR’s regional representative Olga Bovt whether the investigation has any information about alleged Ukrainian connections the detainees may or may not have.