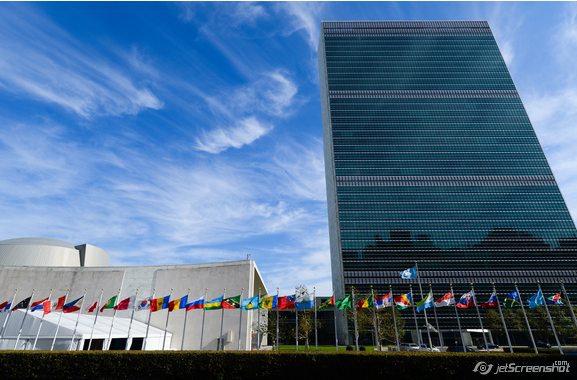 Russian language site the The Insider reported last week that an article by Russia’s RIA Novosti entitled US Denies Visas for UN General Assembly to 18 Russian Diplomats, claims that American authorities would not issue visas to several members of the Russian delegation bound for New York to participate in the UN General Assembly Sessions.  The UN protested this US decision by stopping the work of two UN committees while Russian First Deputy Permanent Representative to the UN Dmitry Polyanskiy suggested moving certain UN meetings from New York to either Vienna or Geneva, RIA concluded.

No other media aside from RIA Novosti reported that UN committees stopped working in protest of US visa denials to Russian diplomats. No sooner had RIA Novosti published their story claiming the committee meetings were suspended in protest and that other delegations were demanding that the visa issue be addressed in other UN committees, another faithful Russian state media company, TASS in English reported something completely different,  that the General Assembly First Committee (dealing with disarmament) voted against suspending its work until the visa issue is discussed with the UN Secretary General, 78 countries voted against suspension, 16 supported the motion and 31 abstained.

On October 14 another United Nations committee, the Sixth Committee which deals with legal issues, began its deliberations an hour and a half later than scheduled because of protests on the part of the Iranian and Syrian delegations.

While members of the Russian UN delegation were not granted visas in time to attend the UN General Assembly session earlier this month, no UN committees actually stopped their work to protest this move by the US authorities.