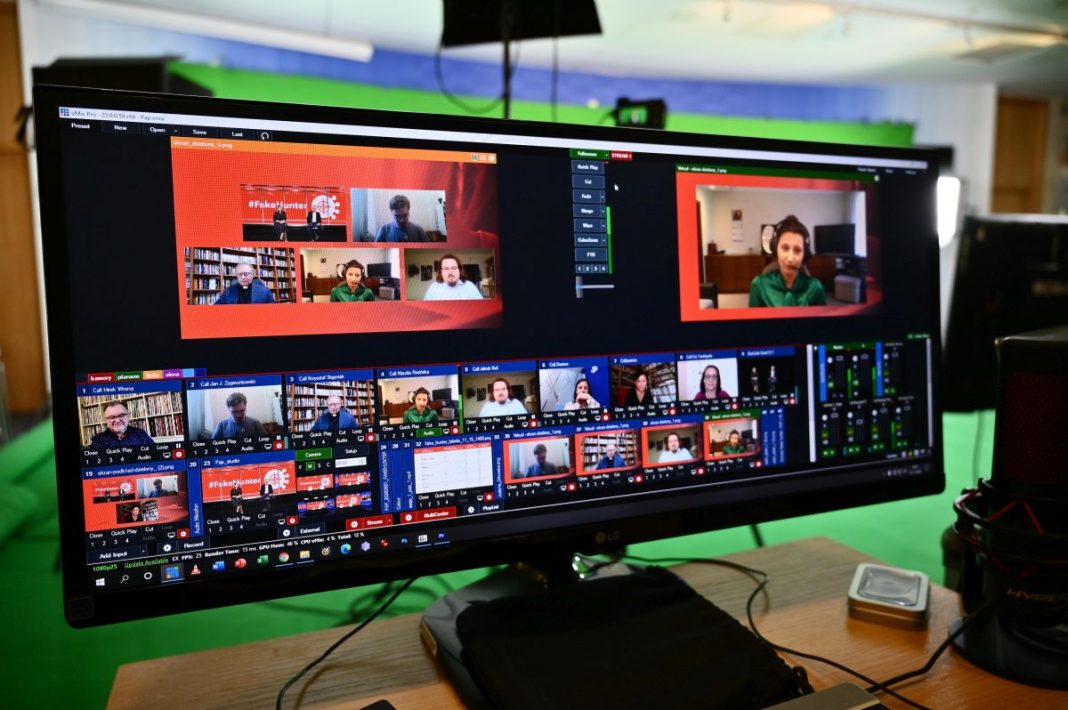 Fake news is dangerous, it distorts perception of the surrounding world, produces incorrect social stances, sows anxiety and doubts. The problem intensified extraordinarily during the coronavirus pandemic, when unreliable information and conspiracy theories started to appear massively on the Internet.

Therefore, in the name of the fight against disinformation, Polish Press Agency (PAP) along with GovTech Poland have launched the fact-checking portal – FakeHunter. Fake news covers many areas, such as education, science, health, telecommunication. On the web false information appear about the harmful effect of wearing face masks or about the development of 5G technology, which is supposed to cause Covid-19, cancer and be a tool of crowd control. Spread of such content causes society’s anxiety and, in the case of 5G technology, it is an obstacle for its development.

In the discussion about the nature of fake news and its role in shaping the consciousness of modern Internet users as well as how to educate people about it took part:

According to the experts, there is no way to fully eliminate fake news from the Web. However, via educating the society, warning it about unreliable information sources and rating systems, the negative influence of fake news on our lives can be minimised.

‘Every content on the Web should be approached with a fair dose of criticism, paying attention if the ideas in it are linked to reliable sources’, said Wojciech Pędzich, Wikipedia editor.

The experts agreed that there is no way to eliminate fake news entirely but we can learn to live with them. According to them, an important role in this matter belongs to media, which should be responsible for educating society in recognising fake news. According to the president of Warsaw Interprise Institute Foundation Tomasz Wróblewski, they could follow the example of solutions used in business, which has dealt with fake news by creatin systems and institutions which rate information source few times per year.

The experts agreed also that there is a thin line between eliminating fake news and introducing censorship of the Internet and it shall not be crossed.

The recording of the debate can be found on: https://pap-mediaroom.pl.