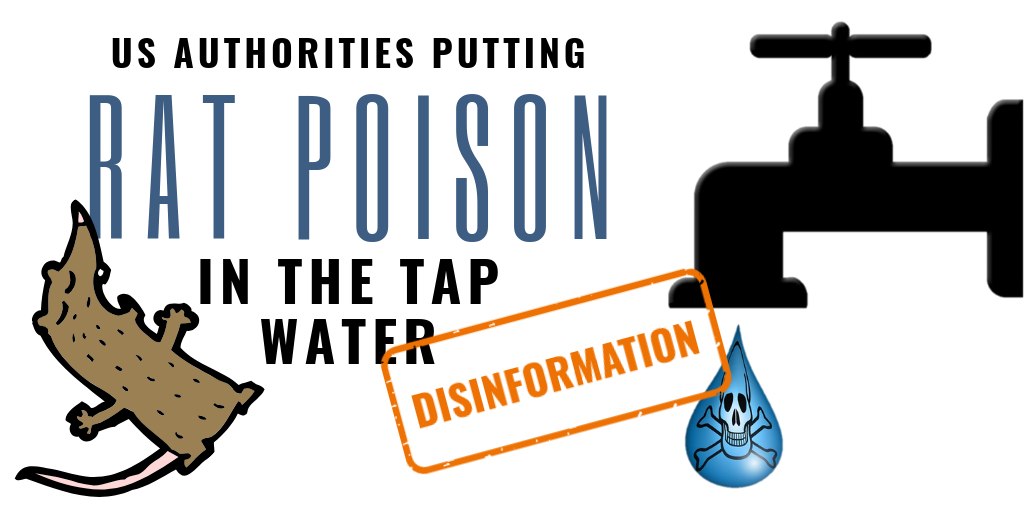 After India and Mexico, Russia is the country with the largest number of people living outside its borders: 10.6 million, according to the UN International Migration Report of 2017. That equals roughly the population of Portugal, Sweden or Czechia. But at least one of those expat Russians has chosen to return home, which eventually made it to the headlines. She is generously sharing her impression from living 19 years in filth among criminals and homeless in United States, and while the prison population in the US is higher than in Russia during the Stalin Terror, most criminals roam the streets without restrictions. But worst of all: US authorities putting rat poison in the tap water! Sodium Fluoride!

Why should anyone bother to bring forward the difference between sodium fluoride – found in almost any toothpaste – and sodium fluoracetate, a substance actually used in rat poison? Why mention that the Posioned Well is an age old urban legend with an anti-Semitic ring to it? Or that Russia is experimenting with sodium fluoride in milk to improve the oral health of the Russians? 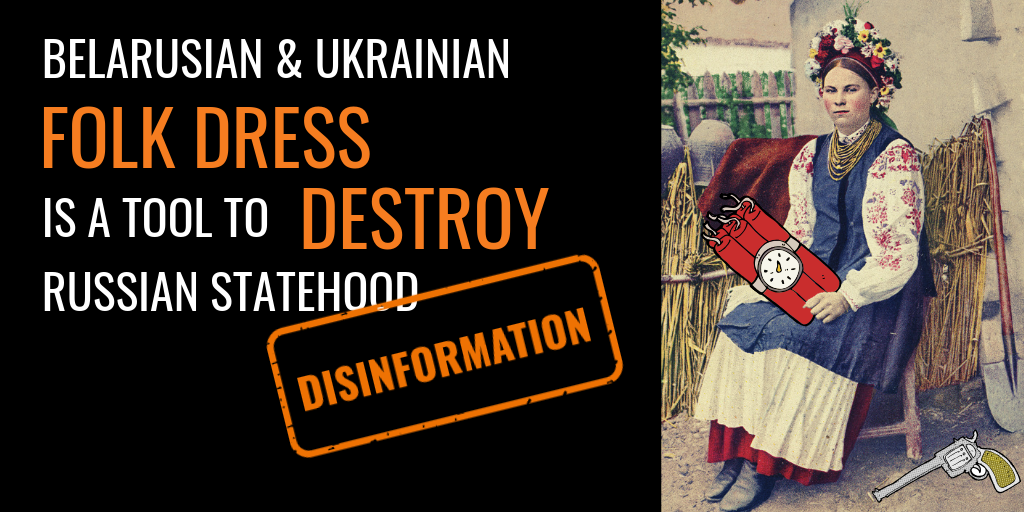 In any case, it is easy to understand why Russians, living outside Russia, are reluctant to return to the Motherland, as the country according to the pro-Kremlin disinformation outlets almost permanently is in danger. A small group of Russophobes are imposing US anti-Russian policy on Europe, poisoning the relations to Russia, for instance through the Eastern Partnership Programme; NATO aims at defeating Russia, through ruining Russian economy. Ukraine is entirely a Western program, an anti-Russia. And recently a new threat has appeared on the horizon: murderous clothes! Belarusian and Ukrainian folk dress is a Nazi tool to destroy Russian statehood! The Vyshyvankas of Death.

All that is sacred is attacked by the globalists; the Zionists, US Imperialists. Neo-Colonialists are waging a civil war against the peoples of the world, force feeding them globalist concepts as Liberalism, Social-Democracy, Market Economy and Sustainable Development. The enemies of Russia do not even respect anything sacred: the Eastern Orthodox Church is under US attack, because of Russia’s adherence to traditional values. Europe itself has given in to Islam, opening its public space for anti-Semitism.

Anyone labelled “a friend of Russia” becomes an outcast; blaming Russia is a Western tradition, older than the cathedrals, even when there is no proof, just as shown in the Mueller investigation! At least as long as you don’t read the Mueller Investigation, as it actually contains proofs of Russian interference in the US elections.

An Island of Stability

The pro-Kremlin disinformation outlets spare no effort in creating a world-view where Russia is surrounded by hostile forces. An island of stability in an ocean of threats and dangers.

William Shakespeare uses the expression “False as water” in the play Othello. Water assumes any form or shape; water is unpredictable. Life giving and deadly. Many metaphors, connected to information, suggest a similarity between water and information. We talk about sources, streams and channels for information; information can leak; we drown in information, we thirst for it. And we pollute it. With lies and lies about lies. Lies that just as water assume any form or shape. And with lies about rat poison.