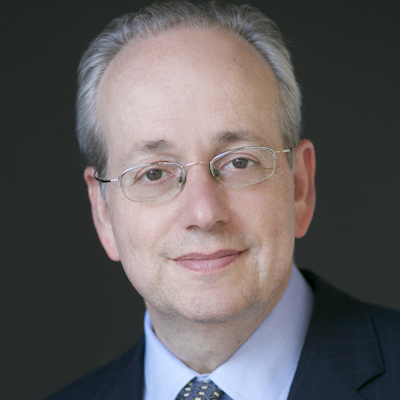 By L. Gordon Crovitz, for NiemanLab

Under enormous political pressure and after complaints by advertisers worried about brand safety, digital platforms have begun to admit responsibility for the misinformation they provide their users and the embarrassment they cause their advertisers. Their efforts have had limited success. Technology companies have no competence in the journalistic work needed to identify purveyors of misinformation, whether through foreign disinformation campaigns or health care hoaxes.

Watching Silicon Valley exercise news judgment has been like watching Walter Cronkite try to write code in Python. Facebook banned Infowars, but left up dozens of similar accounts. It banned Natural News, but hundreds of similar health care hoax sites still use Facebook to peddle falsehoods such as that fruit pits cure cancer and vaccines cause autism. In 2013, YouTube’s chief business officer, Robert Kyncl, was interviewed on the Russian-government run RT network during its celebration on becoming the first news organization with one billion views on YouTube. Mr. Kyncl told the RT anchor that the network succeeded on YouTube because it provided “authentic” content and not “agendas or propaganda.” In fact, RT was founded to deploy disinformation to spread divisiveness in the U.S. and Europe and to publish Putin-supporting falsehoods such as about Syria and poisonings of Russians in the West.

When the platforms try to promote reliable sources and suppress others, the fact that they put their thumbs on the scale for reasons they refuse to explain will always leave them open to accusations of bias. The ethos of journalism is that more information, transparency and disclosure are virtues, with the corollary that operating in secret will never establish credibility or trustworthiness. Digital platforms instead operate using secret algorithms, including for constructing social media feeds and displaying search results.

Four companies have created trustworthiness indicators for news websites: Facebook, Google, Twitter, and NewsGuard. Publishers have no way of learning their secret trust score from the Silicon Valley companies. NewsGuard’s journalistically trained analysts use nine basic, apolitical criteria of journalistic practice to rate news sites on a scale of 1 to 100, with each site getting a Nutrition Label explaining the ratings to news consumers. The nine criteria — such as whether the site discloses its ownership, has a corrections policy and treats the difference between news and opinion responsibly — are fully explained. NewsGuard analysts call for comment when a news website looks like it might fail on any of the criteria. (Algorithms don’t call for comment.) More than 500 news websites have improved one or more of their practices after engaging with NewsGuard — unlike an algorithm, we hope news sites will game our system.

Gallup measured how people think about the difference between the black-box technology platforms use and journalism. Its researchers asked who consumers would trust to give them information about the reliability of news websites. Ninety percent trusted ratings more when done by “trained journalists with varied backgrounds” than by Silicon Valley companies.

The best hope for reducing the role of misinformation is if the platforms rely on transparent journalism instead of on their own secret algorithms. Microsoft took the lead this year by making NewsGuard ratings and Nutrition labels available to its users, including through its new Edge mobile browser.

One reason to hope Silicon Valley will do better in 2020 is that companies in other industries are embarrassing them by taking steps to fix the problem the platforms caused. Aside from Microsoft, NewsGuard is in advanced discussions with internet service providers and mobile providers about how they can deliver a safer internet to their users by providing information about the reliability of news sites. Ad agencies use NewsGuard to help advertisers run their ads only on trustworthy news websites.

Journalists have one belief in common: More information is better than less. Silicon Valley companies operate under the opposite ethos, with their highest priority keeping their secret algorithms secret. News consumers deserve better, and it seems that in 2020 they will finally get it.

By L. Gordon Crovitz, for NiemanLab

L. Gordon Crovitz is co-CEO of NewsGuard and former publisher of The Wall Street Journal.