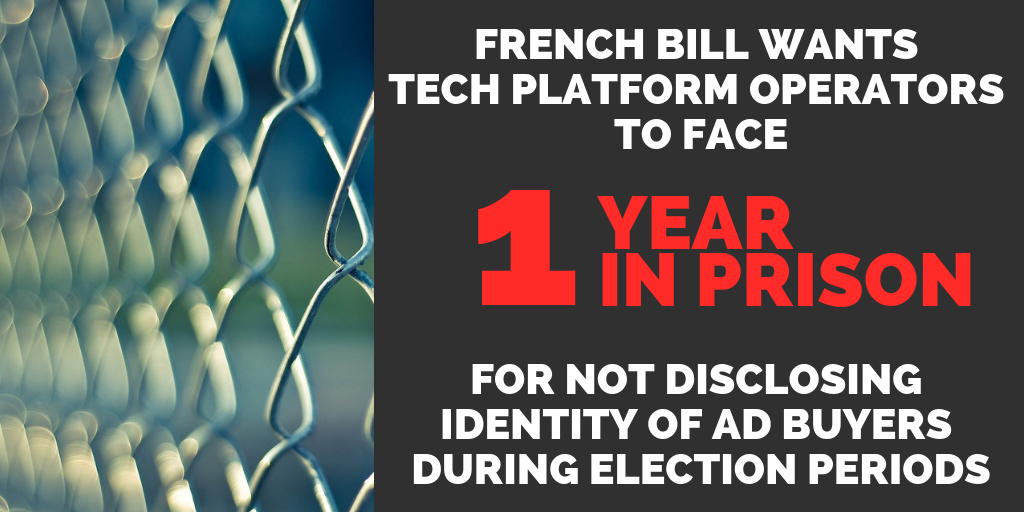 The French parliament has adopted a bill aiming to crack down on the “manipulation of information” during election periods.

The draft law, initiated by President Emmanuel Macron, calls for increased scrutiny of online platforms and foreign TV channels in the three months that precede elections.

If the bill becomes law – it was rejected twice by the Senate earlier this year — tech platforms such as Facebook and Twitter will have to disclose the funding sources for sponsored content.

Failure to comply is punishable by one year in prison and a fine of 75,000 euros.

During election periods, the legislation would allow candidates or political parties to sue for the removal of online content suspected of seeking to mislead voters.

France’s media regulator, the Conseil Supérieur de l’Audiovisuel (CSA), would also have the authority to temporarily suspend broadcasts by foreign-funded television channels deemed to “deliberately disseminate false information likely to affect the sincerity of the ballot.”

Advocates of the bill hope it will come into force in time for the European elections in May 2019.