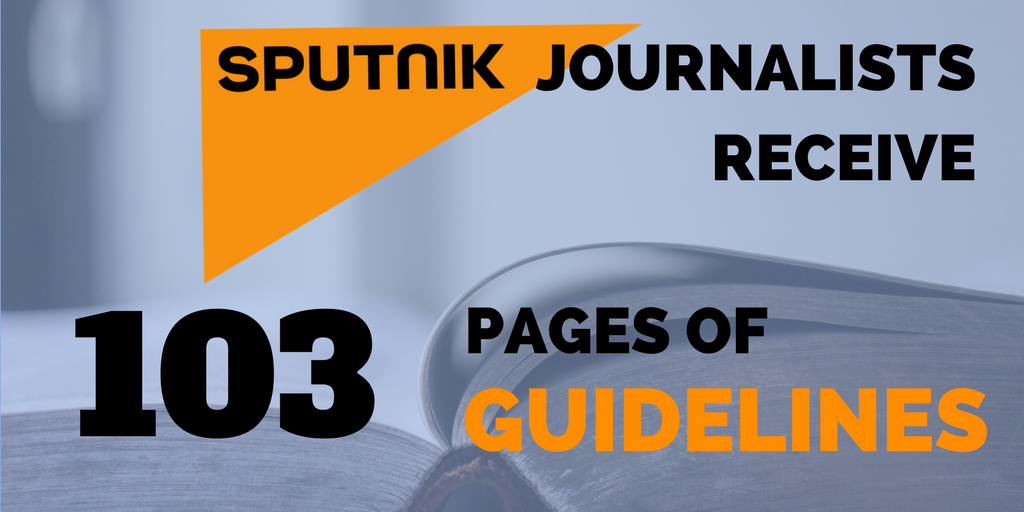 A former Washington correspondent for Sputnik, Russia’s state-sponsored news agency, says he received a 103-page handbook instructing reporters to “stay true to the national interest of the Russian Federation.”

The English-language set of guidelines reportedly asks journalists to “maintain allegiance” to Russia and “inform the international audience about Russia’s political, economic, and ideological stance on both local and global issues.”

The handbook was included in thousands of internal Sputnik messages handed by former Washington correspondent Andrew Feinberg to the FBI as part of its investigation into the outlet’s possible violations of U.S. law.

Sputnik broadcasts online in more than 30 languages. It stands accused of being a Kremlin mouthpiece and a major tool of disinformation. French President Emmanuel Macron has been one of its fiercest critics, describing Sputnik and RT as “lying propaganda” and denying both outlets accreditation during his election campaign.