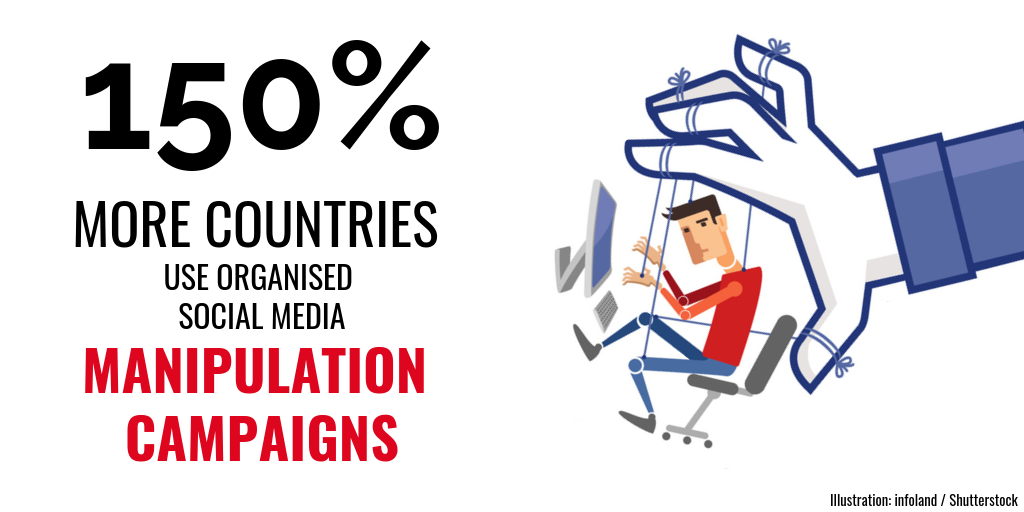 Since 2017, the number of countries using organised social media manipulation campaigns has increased 150%, from 28 to 70.

According to the study by the Computational Propaganda Research Project at Oxford University, those 70 countries all have at least one political party or government agency that uses social media to shape public attitudes domestically. However, what distinguishes novices from sophisticated state actors is the ability to run influence operations abroad. This expertise is possessed by China, India, Iran, Pakistan, Russia, Saudi Arabia, and Venezuela.

As for the staff behind those operations, the study claims that Russian government agencies hire student or youth groups to create computational propaganda, but private contractors and civil society organisations were also found to be active.

To get their point across, those pro-Kremlin actors use messages that either support or suppress, distract the audience, sow divisions, or just attack the opposition. The tools at their disposal cover a broad palette, from spreading disinformation in the media, mass reporting of social media content and accounts, trolling, amplifying content, and using data to better understand their target audiences.

The study concludes that Russia is among 12 countries that have high cyber-troop capacities with large permanent staff and a budget for research and development, psychological operations, and information warfare. All of these means are be used by authoritarian regimes around the globe to suppress human rights, discredit political opponents, and override dissenting opinions.