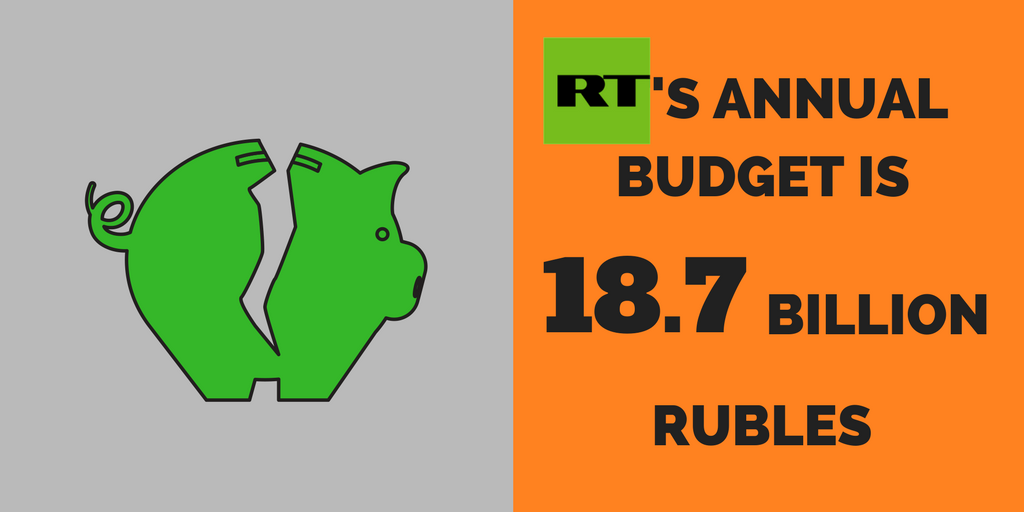 Russia may be cutting spending on healthcare and education, but its state-run media have never been in better shape.

RT’s budget for 2017 was a whopping 18.7 billion rubles, or 261 million euros – a tenfold increase since the Kremlin-backed television channel was founded in 2005.

RT, which has been widely accused of spreading disinformation and was recently asked to register as a foreign agent in the United States, is spending 20 million euros alone on the launch of a French-language channel based in Paris.