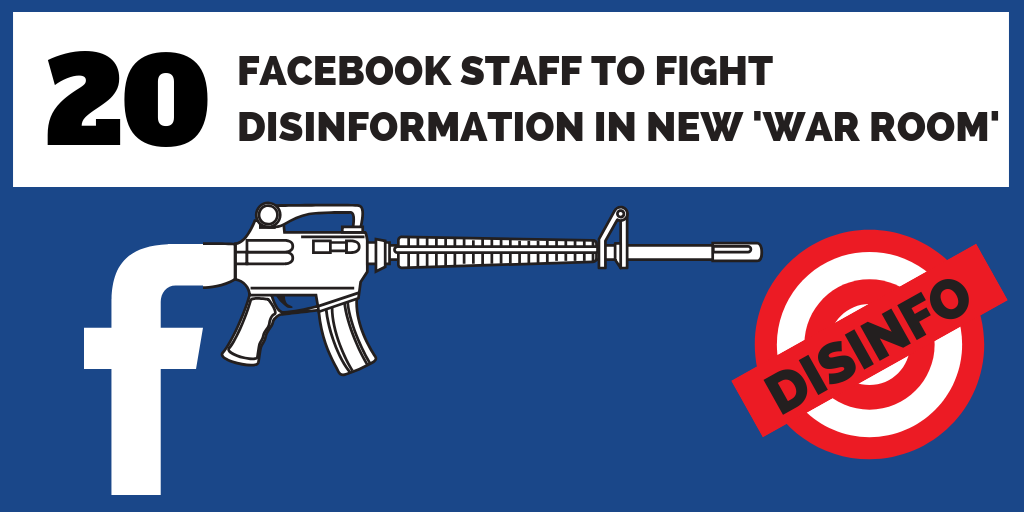 Facebook is opening a “War Room” to protect elections from disinformation attempts on the social network.

Scheduled to become operative on 24 September, the War Room will house about 20 Facebook staffers “focused on rooting out disinformation, monitoring false news, and deleting fake accounts that may be trying to influence voters.”

The team will use specially designed software to spot and track unusual activity flowing across the social network during election periods in different countries.

Data scientists and security experts will then scrutinise the suspicious activity, and posts that are deemed harmful to election processes will be taken down.

Samidh Chakrabarti, the head of the new team, has described the War Room as Facebook’s “biggest companywide reorientation since our shift from desktops to mobile phones.”

Chakrabarti says it will be a “last line of defence” since Facebook has implemented other measures to fight disinformation efforts and malicious use of the platform before they reach the War Room.

As the pivotal November midterm election approaches in the United States, the social media giant has been under growing pressure to crack down on foreign influence campaigns.

Facebook has faced harsh criticism for allowing Russian-linked operatives to spread inflammatory content on the platform ahead of the 2016 U.S. presidential election and for failing to adequately protect its users’ personal data.

After initially providing lower estimates, the company now admits that more than 126 million Americans were exposed to the posts and ads disseminated on Facebook by Russian-linked operatives in the run-up to the 2016 presidential election.

Now, says Chakrabarti, Facebook wants to “make sure that this same kind of playbook that bad actors used in 2016 is not used again.”

In an article published on September 19, however, the New York Times reported that the War Room was in “half-finished state,” showing “how nascent and hurried” many of the efforts to fight disinformation on social media still are.