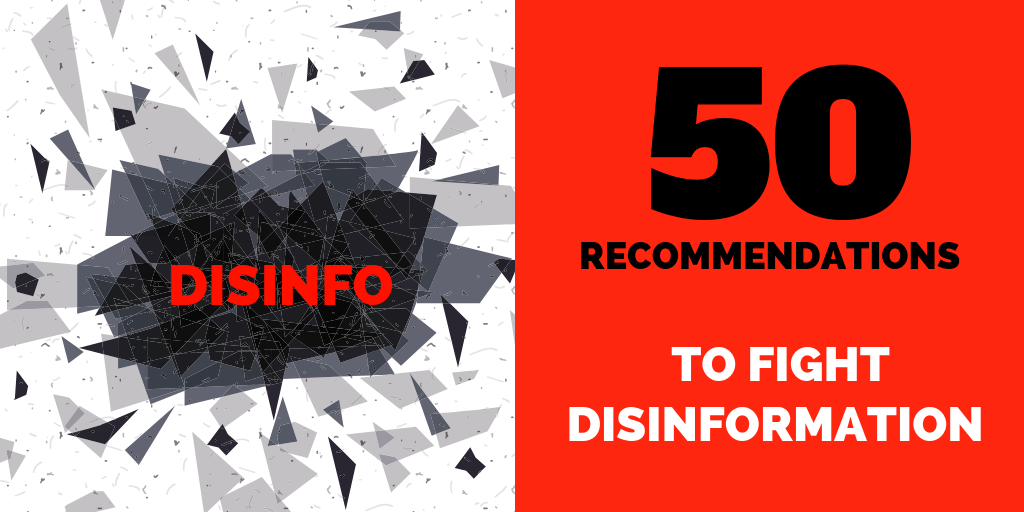 It warns that information manipulation, defined as “the intentional and massive distribution of false or biased news for hostile political purposes,” aims to “undermine the foundations of our democracy” and thereby constitute a threat to national security.

Its recommendations are addressed to governments, civil society, private actors, and the general public.

Among them, the study calls for the creation of a national structure tasked with detecting and countering information manipulations, and advocates deeper international cooperation between structures that currently fight disinformation.

Increasing media literacy is high on the list of recommendations, which includes publishing lists of social-media accounts identified as belonging to trolls and developing simple tools allowing citizens to detect disinformation. In addition, the study recommends the adoption of an international charter enshrining ethical standards for journalists.

It also urges digital platforms to be more transparent and to develop membership options that would offer users more control over their personal data.

French President Emmanuel Macron is an outspoken critic of pro-Kremlin disinformation. During a press conference with his Russian counterpart Vladimir Putin last year, he famously accused RT and Sputnik of spreading “lying propaganda.”

A bill cracking down on disinformation was adopted by the French parliament in early July but was later rejected by the Senate.