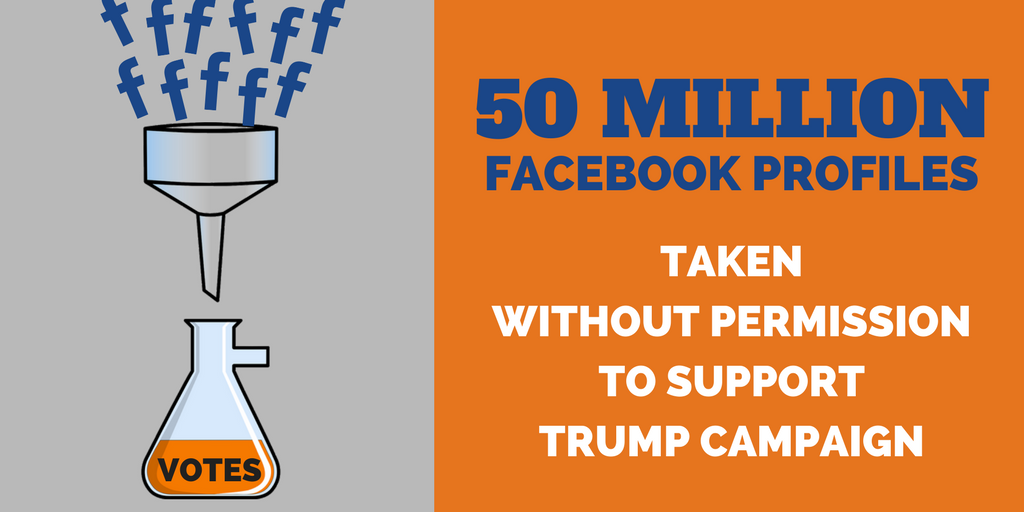 Cambridge Analytica has also worked with the successful Brexit campaign.

The revelations were made by Christopher Wylie, the co-founder of Cambridge Analytica since turned whistleblower.

The case constitutes one of the biggest data breaches in Facebook’s history and sheds light on how tech companies collect personal information from unwitting users.

Wylie says Cambridge Analytica spent $1 million on illicitly harvesting the U.S. profiles through an outside researcher who, according to Facebook, claimed to be collecting data for academic purposes. Only 270,000 of these users had agreed to release their information to a third party.

Cambridge Analytica then would have used the profiles to build a powerful software programme aimed at influencing voter behaviour. The data, which included places of residence, was allegedly matched to other records to create detailed profiles of individual voters and target them with personalised political advertisements.  The company apparently also bought $5 million in television ads and advised Trump on where he should travel to win the most voters.

At the time, Cambridge Analytica was owned by hedge fund billionaire Robert Mercer and headed by Donald Trump’s former adviser Steve Bannon. It worked on Trump’s election campaign under the guidance of Brad Parscale, Trump’s digital director and currently the campaign manager for his 2020 re-election bid.

In Britain, which has strict privacy laws, Cambridge Analytica is currently under investigation for its work on the “Brexit” campaign.

The revelations deal another blow to Facebook, already under growing criticism over its role in spreading Russian-bought political ads during the U.S. presidential campaign.

After initially downplaying the leak, the tech giant has promised to take action and evoked the possibility of a lawsuit against Cambridge Analytica. However, it denied the case constituted a data breach.

The main Facebook services used by Cambridge Analytica and fake Russian accounts during the U.S. presidential campaign, including data analysis and political ads, remain available on the social network.