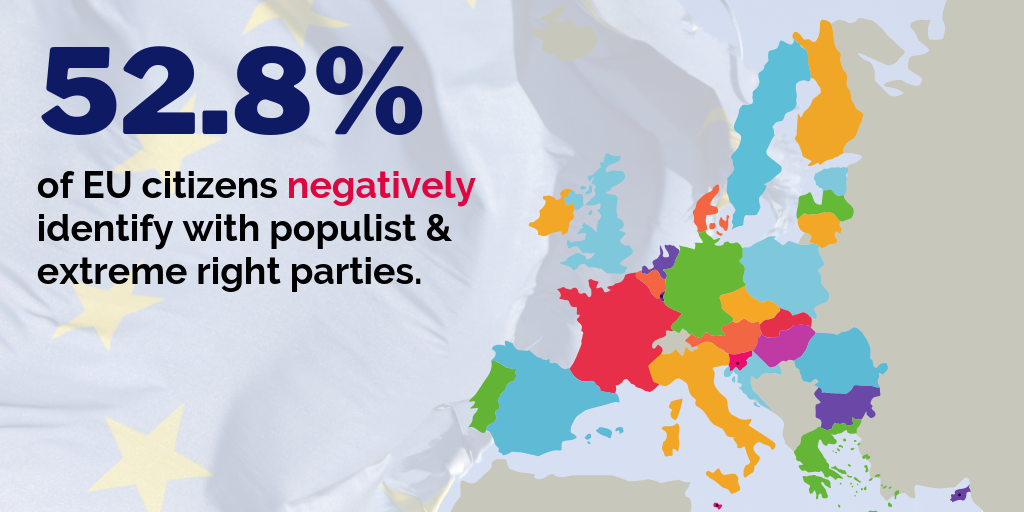 Proverb of a pro-Kremlin outlet: if 52.8% of respondents don’t fit into your story, just ignore them.

On April 28th, RT wrote: “A Bertelsmann Foundation study found that right-wing parties with a populist, nationalist or Euroskeptic bent received the highest level of voter approval of any single political grouping. 10.3 percent of voters said they would cast their ballots for right-wing parties, while only 6.2 percent said they positively identified with left-wing groups, and 4.4 percent with a Green party.”

But there is more to the story here, which RT did not trouble itself with addressing. The Bertelsmann Foundation study also found that “The two party groups on the left and right margins not only face relatively high levels of positive party identities, but at the same time also have a particularly high level of negative party identities (52.2 and 52.8 percent respectively).” The study shows that while only 10.3% of respondents positively identify with populist or far-right parties, as RT selectively reported, a majority of respondents – 52.8% – negatively identify with these parties, meaning that they would explicitly vote against them. 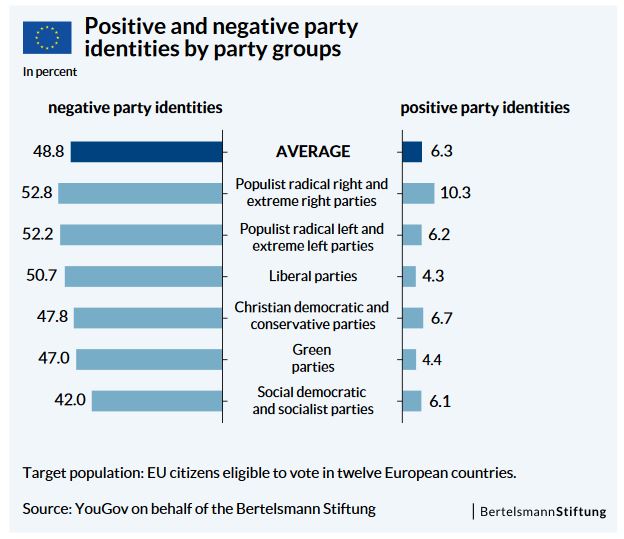 The study, conducted by an independent German foundation established in 1977 that promotes entrepreneurial spirit and reforms, was not only about tracking  positive and negative party identities. The aim was to find out if people who feel poorly represented by their political leaders express more support for populist statements. The answer to this question is yes, according to the study, which underscores the importance of working hard to ensure that voters feel represented.

But as we have seen time and time again, claims of poor representation are a favourite of pro-Kremlin outlets. For example, we are often falsely told that the European Parliament decides practically nothing in the EU, that it is elected and paid to represent the interests of the USA, that it is a place of corruption, and that voting in the European elections is worthless.

In the bigger picture, RT’s treatment of the Bertelsmann Foundation study fits perfectly into the first category of the Kremlin’s election meddling toolbox, where you can also read about other methods of interference such as cyber disruption, political grooming, and extreme intervention.