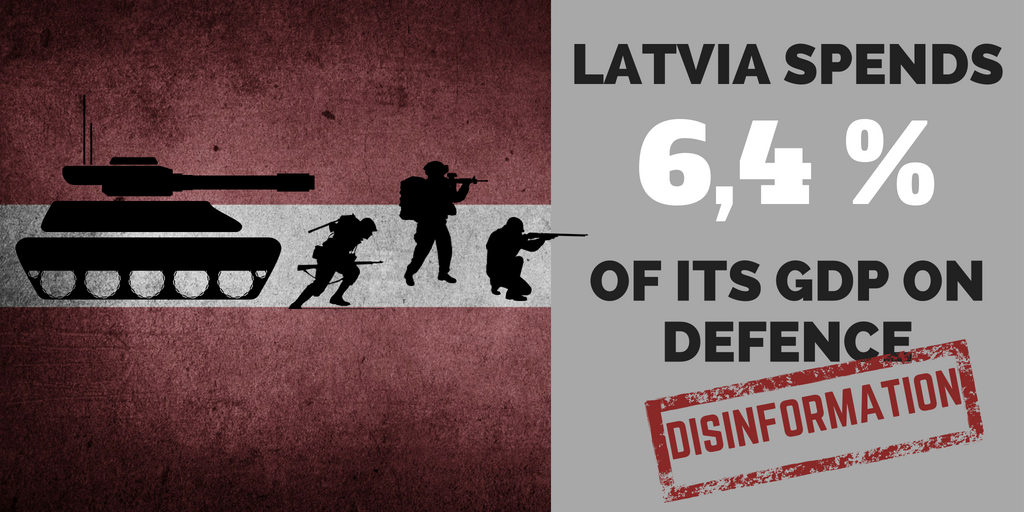 This week, Russian state media more than tripled the defence budget of Latvia, a NATO member and neighbour of Russia.

The bogus figure appeared on regnum.ru, a state-controlled Russian news website, which claimed that the Baltic country spends a whopping 6.4 percent of its Gross Domestic Product on defence.

The incorrect figure was cited in a lengthy interview with a Latvian businessman who is a longtime critic of the Latvian government, the European Union, and NATO.

In a tactic characteristic of pro-Kremlin media, Regnum republished the interviewee’s claims without bothering to correct the figure for its readers.