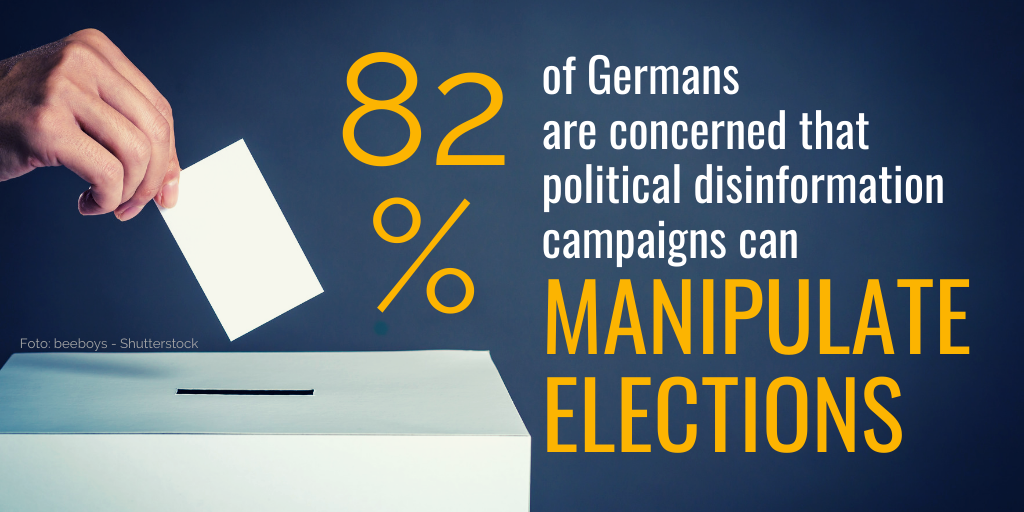 According to a poll in Germany, 82% of respondents are concerned that political disinformation campaigns can manipulate elections.

The “Informationsverhalten bei Wahlen und politische Desinformation” poll, organized by the Media Authority of North Rhine-Westphalia, also revealed that 81% of respondents think that politically motivated disinformation is threatening democracy. 79% of the 1,002 polled internet users agreed with the claim that political disinformation makes them angry.

As for the solution, two thirds of the polled Germans supported regulation of political advertising on the internet. At 80%, the support for online regulation was especially strong amongst 14-24 year olds.

When these figures from Germany are compared with results from Eurobarometer, the overwhelming worry about threats to democracy is clearly evident. While 81% of German respondents were worried about politically motivated disinformation as such, 83% Europeans said that fake news is a danger to democracy.

When Eurobarometer asked for the solution, the respondents pointed at journalists (45%), national authorities (39%) and the press and broadcasting management (36%) to stop the spread of fake news.