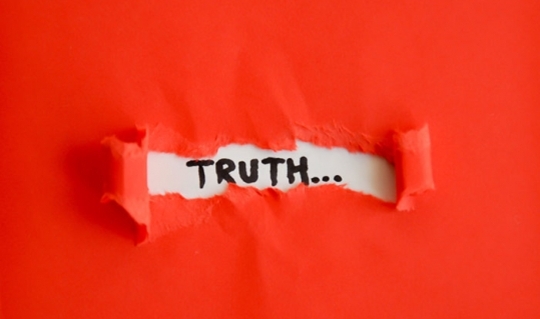 Here are five new programs and applications that can help users to check the authenticity of information content on the internet.

The Trooclick plug-in for Chrome and Firefox scans texts and sends alerts if some facts are inconsistent with the information of other mass media or official statistics. Alerts are: “Inconsistency with mass media,” “Inconsistency with official documents,” and “Violation of journalism ethics.” Users can also vote on an article by answering the question, “Does this article deserve to be believed?” In the first stage the software developers try to check as thoroughly as possible economic and financial information. But in the future, Trooclick hopes to work with all kinds of journalistic material.

As noted by the Poynter Institute of Journalism, the operating principle of the plug-in is “easy to explain, but difficult to realize.” Robots compare analyzed texts with their database and check consistency. As for possible violations of journalistic ethics, the plug-in takes into consideration, for example, references to anonymous sources and the frequent use of such expressions as “presumably,” “as far as one can understand,” and others.

At present there is a beta version of the plug-in.

Truth Goggles was devised in 2012 as a tool to verify text with the data base PolitiFact. In 2014, it was launched as a more modest annotation service. The site Truth Goggles gives the user an opportunity to make annotations in the text: you can upload the text or provide the reference to it and bring up questionable points. Having marked the fragment of the text that should be noted, you choose the question that other users should ask themselves when reading the text. For example: “Is this really true?” “Who said this?” “Who else is involved?” “What else should you know about this?” In the event that you know the answer, you can state it briefly or extensively.

The application Lazy Truth was developed by Massachusetts Institute of Technology graduate Matt Stempeck and is aimed to help users define which incoming e-mails are truthful and which are “city stories” or con jobs. The application is available as a Google Chrome plug-in. You can also send questionable e-mails to [email protected].

The Skeptive site selects which information is truthful, based on user opinions. The position that has more third-party supporters wins. The service is aimed to settle online disputes as effectively as possible.

The Rap Genius company originally verified rap texts. But in 2014, its founders decided to rebrand and to extend the Genius operative field to broader fields of information. It is not a plug-in or an application. You just visit www.genius.com, provide a link to certain information and propose that other users weigh in on it. The founders call this method distributed fact-checking.

The Future of the Computer Fact-Checking

As noted by Poynter, all the fact-checking sites and applications have two challenges. First, they have to create a sufficiently large database to verify texts. Second, they must attract a sufficient amount of users so that their opinions may be of value. These two factors are interconnected: In order to attract enough users, you have to prove that your service is of high quality; and to provide a high quality of service, you need to have a “critical mass” of users.