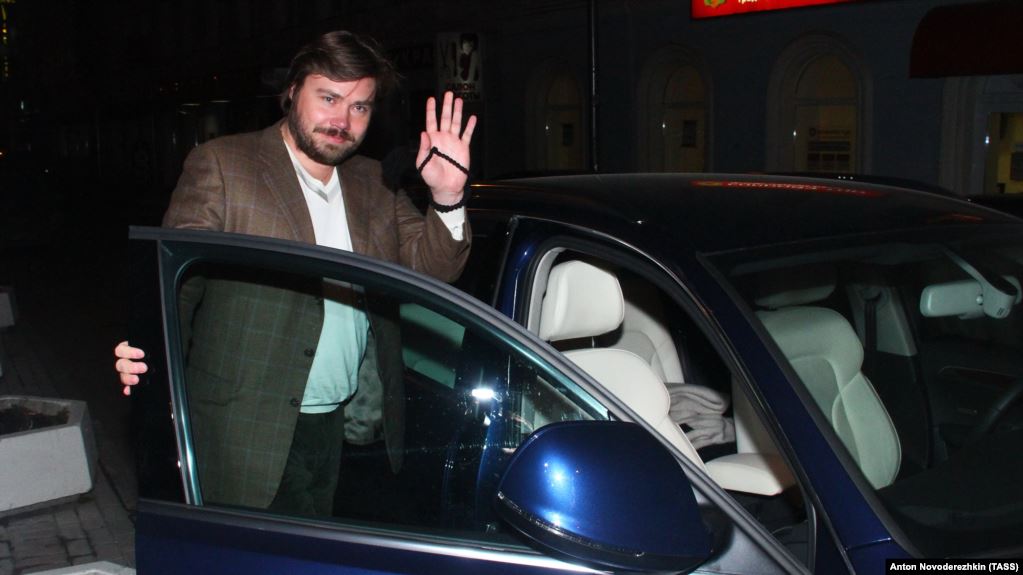 Dmitry Peskov
Russian presidential spokesman
“We do not know about any oligarchs, or about their existence.”
Source: TASS, June 10, 2020
FALSE

On June 10, Russian presidential spokesman Dmitry Peskov responded to a question about whether Russian oligarchs were bankrolling the opposition in Belarus, as that country’s president, Alexander Lukashenka, alleged.

“We don’t know anything about any sort of Russian oligarchs, or about their existence,” Peskov said, according to the Russian state news agency TASS.

According to TASS, Peskov described oligarchs as entrepreneurs who have political aspirations and seek to spend their money on influencing politics.

Peskov’s assertion that oligarchs do not exist in Russia is false.

Not only does Russia have oligarchs, there is plenty of evidence that they use their money to influence politics abroad.

Aristotle is credited with popularizing the term oligarchs and oligarchy, a form of government where a small number of people rule a country for their own selfish interests. In Russia, wealthy oligarchs emerged after the break-up of the Soviet Union, and their economic and political power grew throughout the 1990s under former President Boris Yeltsin.

Since Yeltsin handpicked Vladimir Putin to succeed him as president at the end of 1999, a class of billionaires routinely referred to as “oligarchs” has remained a prominent feature of Russia’s economic and political landscape.

Today, what Russia’s richest and most powerful men share are close personal connections to Putin. An example is Vladimir Potanin, who in 2019 was rated Russia’s officially richest man, with a net worth estimated at $22 billion.

Potanin, who was one of the most prominent oligarchs of the Yeltsin era and served as Russia’s deputy prime minister during Yeltsin’s second term, is a personal friend of Putin who reportedly plays hockey with the Russian president. He has been seen with Putin at public events as far back as 2000, the year Putin first took office as president.

Some have even deeper ties to Putin. Among them are Gennady Timchenko, a former judo sparring partner of Putin’s who became one of Russia’s richest men. Timchenko was put on a U.S. sanctions list in 2014 after Russia annexed Crimea from Ukraine.

Putin’s annexation opened additional financial opportunities for Timchenko, who showed interest in a project to build a bridge linking the Russian mainland to the occupied peninsula via the Kerch Strait. Timchenko later pulled out of the project.

With Timchenko no longer interested, the $6 billion contract to build the bridge went to Stroygazmontazh, a company 100% owned by Arkady Rotenberg. Both Arkady and his brother Boris are reportedly long-time Putin friends and judo sparring partners.

Like Timchenko, the Rotenberg brothers were sanctioned by the U.S. government. A March 2014 U.S. Treasury Department press release explained why the Rotenbergs were on the list of the “Russian leadership’s inner circle”:

“Arkady Rotenberg and Boris Rotenberg have provided support to Putin’s pet projects by receiving and executing high price contracts for the Sochi Olympic Games and state-controlled Gazprom.They have made billions of dollars in contracts for Gazprom and the Sochi Winter Olympics awarded to them by Putin.Both brothers have amassed enormous amounts of wealth during the years of Putin’s rule in Russia.The Rotenberg brothers received approximately $7 billion in contracts for the Sochi Olympic Games and their personal wealth has increased by $2.5 billion in the last two years alone.”

In 2001, Putin named Alexey Miller to head Gazprom, Russia’s state-controlled natural gas giant. Miller had worked under Putin in the 1990s when Putin headed the external relations committee of the St. Petersburg Mayor’s Office. Miller remains Gazprom’s chief today and was also put on the U.S. sanctions list after 2014.

Konstantin Malofeyev, founder of the Marshall Capital investment group, owns several NGOs as well as the Tsargrad TV channel, which promote Russian interests abroad. Malofeyev was sanctioned by the U.S for his involvement in the war in Ukraine’s Donbas, where he is accused of financing anti-Kyiv activity.

Sanctions did not deter Malofeyev from spreading his influence abroad. Malofeyev has been particularly active in the Balkans, including Greece, North Macedonia and Montenegro. In Northern Macedonia, an employee of an internet media outlet funded by Malofeyev worked to train pro-Russian political activists in an attempt to block an official name change for the country and open a path to NATO and European Union membership. Malofeyev has also been implicated in a 2016 failed coup d’etat in Montenegro that would have ousted the country’s pro-NATO Prime Minister.

Yevgeny Prigozhin is another wealthy Russian with close ties to Putin accused of interfering in the domestic politics of foreign countries. Originally a restaurant and catering tycoon, Prigozhin made a fortune from Russian Defense Ministry contracts.

Prigozhin is believed to be the owner of Wagner Group, a “private military company” which got its start fighting against the government in Ukraine before expanding its operations into Syria, where it fights for the regime of Bashar al-Assad and trains Syrian government-backed militias. A brutal video filmed in 2017 showed Wagner mercenaries smashing a Syrian man’s limbs with sledgehammers and then dismembering and burning his corpse.

Wagner has since expanded operations into the Central African Republic, Libya and Mozambique, and is suspected of limited involvement in Sudan. Recently, neo-Nazi and anti-Muslim graffiti was found in facilities abandoned by Russian Wagner mercenaries when they were forced to retreat from the Libyan capital of Tripoli in the face of an offensive by the U.N.-recognized Government of National Accord, al Jazeera reported.

In 2018, the U.S. Treasury Department announced additional sanctions on seven Russian “oligarchs,” their companies, and 17 senior Russian government officials. The specific reason given for the new round of sanctions was “worldwide malign activity.”

“The Russian government engages in a range of malign activity around the globe, including continuing to occupy Crimea and instigate violence in eastern Ukraine, supplying the Assad regime with material and weaponry as they bomb their own civilians, attempting to subvert Western democracies, and malicious cyber activities,” the Treasury Department’s announcement read.

“Russian oligarchs and elites who profit from this corrupt system will no longer be insulated from the consequences of their government’s destabilizing activities.”