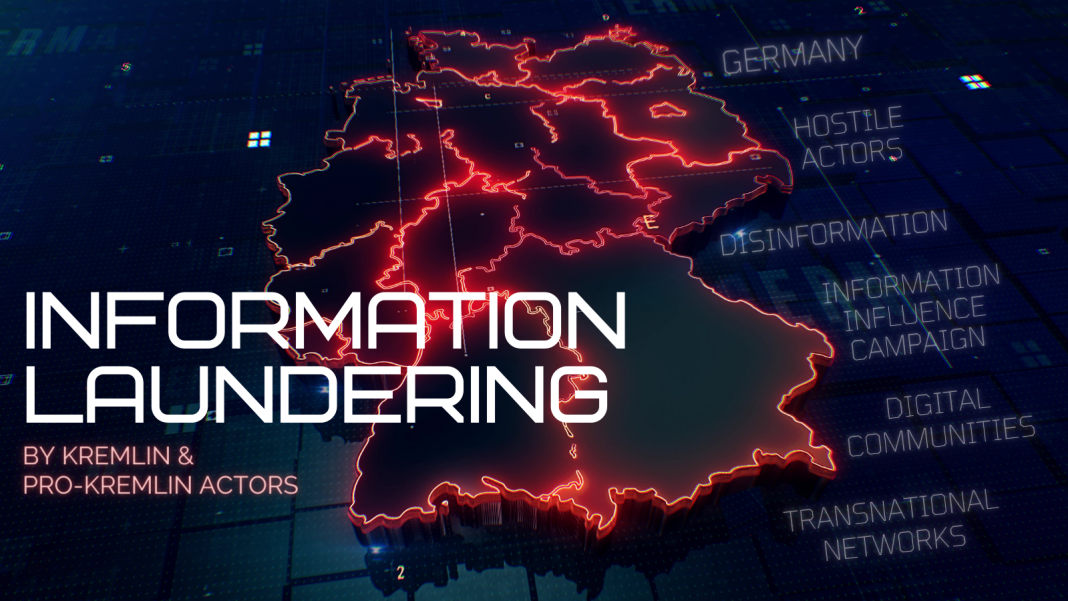 Information laundering is a process within an information influence campaign. Through the process of ‘laundering’ hostile actors try to legitimise deceitful information through a network of intermediaries. They apply a set of techniques to gradually distort a narrative and obscure the original source. In fact, it is quite similar to how criminals launder illegally obtained funds through financial institutions.

According to research by Adam Klein, laundromat disinformation narratives grow in digital communities, which act as incubators. Subsequently, they are moved onto more respected websites, “until sometimes, they’re picked up by mainstream news outlets as ‘trusted information’, giving them a licence for truth.

According to the NATO StratCom report, information laundering comprises three phases: placement, layering, and integration. This includes everything from first use of a laundering technique by an actor, to the progressive distortion and dissemination of this information, which is eventually seen as legitimate and becomes part of the public discourse.

The investigation into German cases shows that in several instances domestic actors launder foreign or international news events and translate them into German language, thereby deliberately accelerating the spread of the Kremlin’s messages in the German media environment.

There are several indicators to know one is dealing with an information laundering operation.

There has been a lot of COVID-19-related information recently laundered in Germany. It targeted German audiences, bringing them conventional conspiratorial theories – on the alleged dangers of vaccine, on the plans of evil global elites to dominate societies with the help of the pandemic, on ideas that COVID-19 has been artificially created and spread to international and domestic audiences by Western governments. One can also find many examples of these narratives in our database. An extravagant example, also mentioned in the NATO report, is that Bill Gates is the alleged evil genius behind the spread of Covid-19.

The NATO StratCom report has two major goals. First, mapping and assessing the hostile information environment of a particular country, taking a holistic approach to the life cycle of information influence campaigns. Second, by exposing how these processes occur and who participates in them, it allows international institutions and national governments, as well as civil society and journalists, to build resilience against information influence activities.