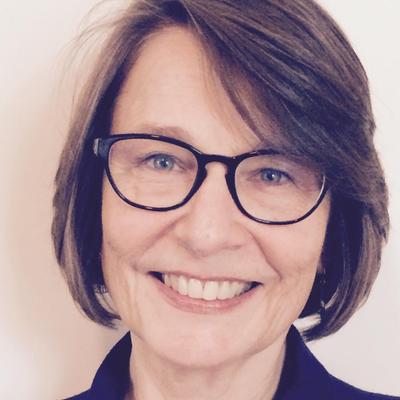 By Geneva Overholser, for NiemanLab

“In day-to-day political reporting, the Times is hopelessly stuck in the past. Its proud allegiance to presenting ‘both sides’ in a time of political breakdown renders it a handmaiden to the degradation of truth.”

I predict (pray?) that in 2020, the leaders of our national newspapers will see at last how they are assisting in the despoliation of our democracy — and how essential they could be instead in helping us restore it to health.

The New York Times, the exemplar, has shown itself eminently capable of changing in accord with the times. Its pages are filled with the faces and voices of people previously excluded from the sanctum. It adopted the gender-neutral singular pronoun “they” well before most of the nation. Its investigative and enterprise work rises to today’s unprecedented challenges. But in day-to-day political reporting, the Times is hopelessly stuck in the past. Its proud allegiance to presenting “both sides” in a time of political breakdown renders it a handmaiden to the degradation of truth.

Here’s a recent example: One politician makes an appeal to hold a president accountable. Another responds by telling the first to put aside partisan politics. One statement will stand as historic; the other is nonsense. But the reporter solemnly adds: “But the appeals to rise above the tribalism of the moment from the two veteran lawmakers fell on deaf ears.” The distortions in the name of balance grow more painful as the article continues.

In a five-year-old essay I wish we’d all read right away, Norm Ornstein (a scholar at the American Enterprise Institute and a conservative of the good old-fashioned kind) wrote of “a larger ingrained journalistic habit that tries mightily to avoid any hint of reporting bias…the reflexive ‘we report both sides of every story,’ even to the point that one side is given equal weight not supported by reality.”

Ornstein continued: “Saying both sides are equally responsible, insisting on equivalence as the mantra of mainstream journalism, leaves the average voter at sea, unable to identify and vote against those perpetrating the problem. The public is left with a deeper disdain for all politics and all politicians, and voters become more receptive to demagogues and those whose main qualification for office is that they have never served, won’t compromise, and see everything in stark black-and-white terms.”

Wikipedia calls it “bothsidesism.” Its Twitter hashtag does lively trade. But the Times (and The Washington Post) have girded their loins against the frequent outcries over their commitment to it.

The damage this journalism is doing is awful enough. But think too of the promise of what could happen if we were freed from this contortion. Along with the courts, the press has the capacity to bring the nation together when norms are changing. The Supreme Court ruling on gay marriage is one example. So is press coverage of sexual harassment. (Here’s an interesting piece of research on this topic.)

We’ve already seen the disastrous results of the press’ dedication to the false-balance folly in its early reporting on climate change. Thank goodness we’ve moved beyond that, however belatedly. But not on politics. In thrall to an ideal disastrously unsuited to the era, political reporting eats away at truth and knowledge every day. It causes people to think there is nothing solid they can believe in, deepens the divides among us and weakens our will to act “against those perpetrating the problem,” as Ornstein put it.

I predict the change will come next year, because the threat to the survival of our democracy will have become so clear as to be undeniable — even to the most bristlingly defensive of our press colleagues. We can only hope it’s not too late. That, I’d be more hesitant to predict.

By Geneva Overholser, for NiemanLab

Geneva Overholser is a former editor of the Des Moines Register and veteran of The New York Times and The Washington Post.