German peace prize to Ukrainian journalist Kotsaba is discredited by the Russian lies he parrots, not just his anti-Semitism 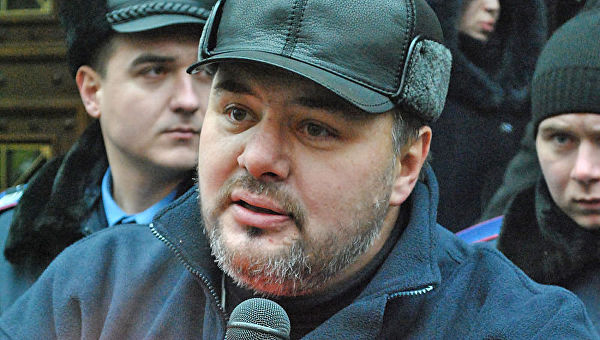 The decision to award the 2019 Aachen Peace Prize to Ukrainian journalist and  blogger Ruslan Kotsaba is in question because of a shocking anti-Semitic video posted by Kotsaba in 2011. The video certainly contains deeply offensive hate speech, yet it is by no means the only reason why the choice of Kotsaba seems bafflingly inappropriate.

The award might possibly have seemed a little more understandable had it been given back in 2015, shortly after Kotsaba was arrested on ‘state treason’ charges.  His claim to a peace prize would still have been doubted by those familiar with his highly misleading reports on the war in Donbas, however his unwarranted prosecution and 14 months’ imprisonment  were over a video opposing mobilization.

It seems he was first nominated in 2015, but was not chosen.  In 2019, however, the Aachen Peace Prize general assembly decided that Kotsaba was an appropriate laureate for a prize given to a person or group “who campaigns for peace and a civic resolution of conflict”.

According to Lea Heuser, a member of the Peace Prize Executive Committee, Kotsaba was nominated by one of its members “who is familiar with the situation in Ukraine”.  This was almost certainly Andrej Hunko, a Bundestag deputy from the Linke Party, known for his ‘humanitarian mission’ to the self-proclaimed  ‘Donetsk people’s republic’ and very one-sided statements about the conflict in Donbas. Hunko also campaigns actively for closer German relations with Russia and for recognition of Crimea as ‘Russian’.

Heuser explained that Kotsaba was first nominated on the basis of his claim to have become a pacifist after what he saw at the front (in Donbas).  She asserts that “he does not take one side in the conflict and advocates for concessions and dialogue”. It is also claimed on the peace prize’s website that Kotsaba “unlike most of his colleagues tried to objectively cover events in the east of Ukraine which he has called “a civic war and fratricidal”.

This has been the standard line taken by Hunko and other politicians, from various European far-right or left-wing parties, when visiting the so-called Donbas ‘republics’ or Russian-occupied Crimea.   Such visits are invariably used by their official hosts and by Russia as propaganda.  This is unsurprising since their guests can be relied upon to only criticize the Ukrainian Armed Forces and Kyiv.

While Kotsaba’s position is more complex, it would be very hard to describe his presentation of events in Donbas, Odesa, Crimea or in Ukraine in general as objective.

In some cases, he pushes toxic lies which are known to have prompted young men to go and fight in Donbas.  He invariably follows Russia’s lead in claiming that the people who died in the Trade Union building fire in Odesa on 2 May 2014 were deliberately burned to death by “Ukrainian radicals”.  Russia has repeatedly demonstrated that it is aware of the substantial research refuting such claims carried out by the 2 May Group, a respected bipartisan initiative formed by journalists, scientists and civic activists, and presented here in Russian, English and in German, as well as by the Council of Europe’s International Advisory Panel.  It is impossible to believe that Kotsaba is not aware that he is presenting a story that has been debunked.

Kotsaba’s coverage of the war in Donbas is equally one-sided.  He is certainly entitled to his own opinion on the conflict, however his claim that he is objectively presenting two sides of the story is simply untrue.

One of the most contentious areas is, of course, Kotsaba’s repeated assertion (for example, here)  that the conflict in Donbas is a civil war, and denial of Russia’s and Russians’ active role. Speaking on the Russian state-controlled Rossiya 24 channel on 27 June 2014,  Kotsaba claimed that he had not seen any Chechen fighters and assumes there are none. He does stress that he personally did not see any and this cannot be either proven nor refuted.  The problem is that, by the time he was saying this, there was ample video footage and witness accounts making it quite clear that there were a suspiciously large number of Chechens and other Russian citizens fighting in this alleged ‘civil war’.  Kotsaba has also chosen to ignore the fact that the war essentially began after heavily armed and trained fighters seized control of Sloviansk on 12 April 2014 under the leadership of (officially) former Russian military intelligence officer Igor Girkin.  He later admitted that his men had provoked the conflict in Donbas.  “The first shots, albeit in the air, were from the rebels, carried out by our unit”.  Girkin and the leader of ‘DPR’ were only hurriedly replaced by Ukrainians after the downing of Malaysian airliner MH17 by a Russian BUK missile on 17 July 2014.

Kotsaba’s claim to Rossiya 24 that he had been invited by a local Luhansk television channel which was trying to follow journalist standards, sounds admirable but deviates seriously from the truth.  The first thing that happened when militants seized control of an area was that all Ukrainian channels were replaced by Russian, or pro-Russian channels.   Later in the interview, Kotsaba was asked why other Ukrainian journalists were not in these areas.  He claimed that this was that they still needed to develop to reach world standards and “tell the truth”.   Although some of the many journalists seized, tortured and / or imprisoned by the militants (Yehor Vorobyov; Dmytro Potekhin; Serhiy Sakadynskyv;  Nastya Stanko; Maria Varfolomeyeva and many others) post-dated this interview, there were already multiple accounts of other abductions, such as that of Viacheslav Bondarenko and Maxim Osovsky.  Two journalists Stanislav Aseyev and Oleh Halaziuk remained imprisoned now in ‘DPR’ precisely because they wrote the truth about life in the supposed ‘republic’.  Kotsaba is silent about them, as he is about other people held hostage.

Unlike Kotsaba, there are very many journalists and activists who have repeatedly given the lie to Kotsaba’s claim that the conflict in Donbas is a civil war.  These are only a few of the many indications of Russia’s major involvement that Kotsaba never addresses.

Bojanowski acknowledges that there are no photos of the actual crossing, however there is a steady flow of vehicles to the border and shots taken by the militants where you can see, for example, a BTR-80a transporter which the Ukrainian military do not have.  The next day, Aug 19 Bojanowski reported further movement towards the border, with many trucks this time carrying tanks.  On Aug 22, NATO reported  that the Russian military had moved artillery units manned by Russian personnel inside Ukrainian territory and had been using them to fire at Ukrainian forces.

In 2018, the OSCE’s Monitoring Mission in Ukraine reported multiple examples of Russian military equipment being transported into Ukraine by night on dirt roads away from any border crossing (details here and in the links provided).

It was just days after the TV24 footage in August 2014 that the Russian newspaper Vedomosti asked: “Is Russia fighting in Ukraine, and if so, on what grounds?  If not, then who is lying in the freshly-dug graves, and who is giving testimony to the Ukrainian Security Service?”

More information about those first Russian military deaths here.  It is believed that an entire Russian paratrooper regiment from Pskov was probably killed in late August.

While Moscow has always denied this, young Russian soldiers have preferred to be imprisoned for having gone absent without leave rather than agree to fight in Donbas.

The amount of evidence confirming Russia’s decisive military role in the war is overwhelming.  Dr Igor Sutyagin, in a briefing paper for the Royal United Services Institute [RUSI] on Russian forces in Ukraine writes that the “first phase of large-scale incursions by regular Russian troops commenced on 11 August 2014 and has involved a substantial array of forces (see Table 1)”.  He put the figure for direct Russian military personnel as up to “10 thousand at the peak of direct Russian involvement in the middle of December 2014.”  All of this is on another country’s territory without any declaration of war.

Considerable evidence of shelling from Russia is mentioned by Sutyagin, and has since been set out in a report by the International Partnership for Human Rights, and also by Bellingcat in a report entitled ‘Putin’s undeclared war’.

Kotsaba does not mention or try to challenge any of the above-mentioned facts.  His narrative about civil war and the need for ‘dialogue’ is, accordingly, based on manipulation and deceit. 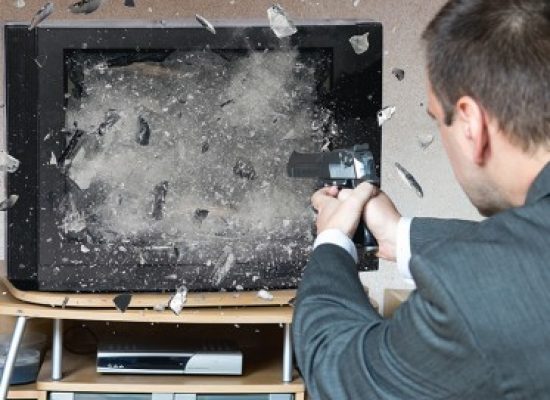 One year into Salisbury: Drowning an assassination in sarcasm 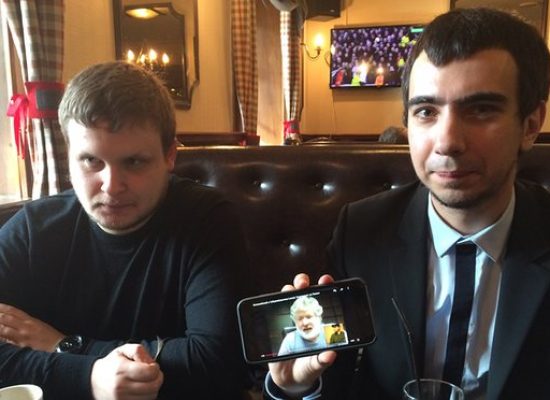 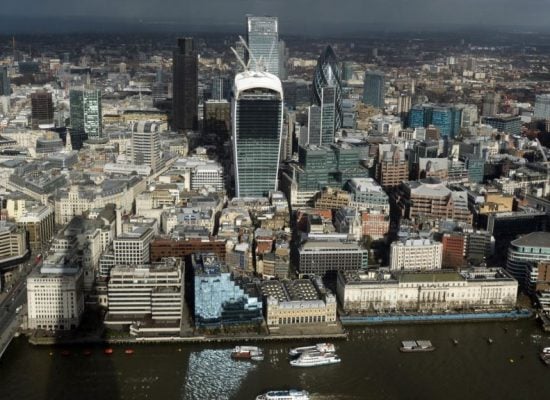 Can The U.K. Label Any Foreign Investment as ‘Dirty Money?’ 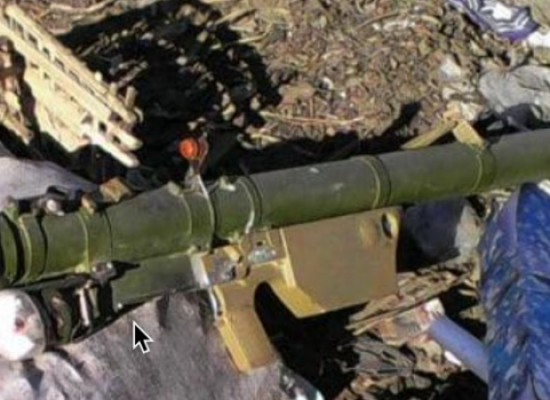 Tracking a Mysterious Missile Launcher Inside an Information War 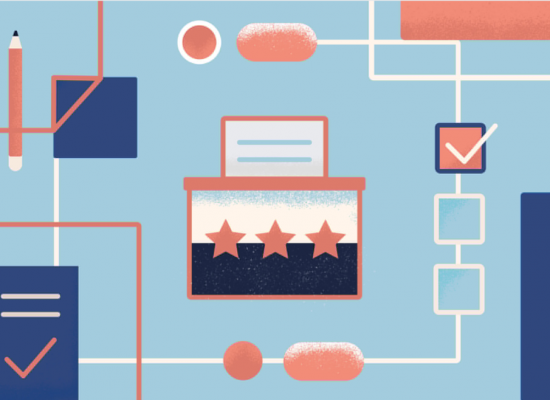