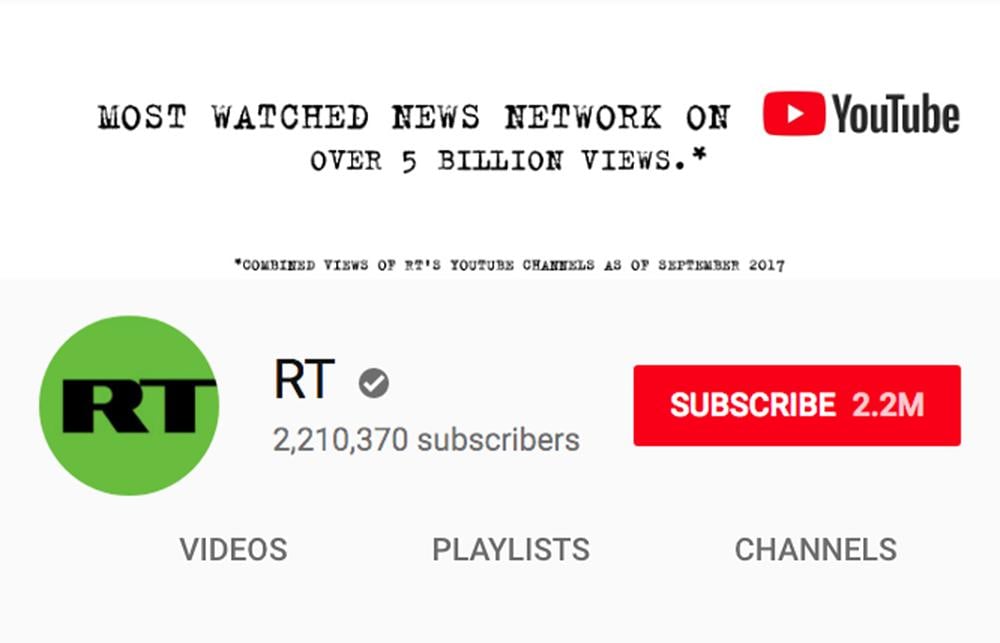 The Kremlin-backed RT television channel’s removal from YouTube’s premium advertising service is unacceptable, but will not affect the broadcaster’s profits, RT said on Thursday.

A spokesperson for Google’s parent company Alphabet Inc. told Bloomberg news this week that it removed RT from YouTube’s ad package that charges premium rates. The move comes after RT’s editor-in-chief said the channel might have to leave the U.S. market over demands to register the outlet as a foreign agent.

Its deputy editor-in-chief Kirill Karnovich-Valua said on Thursday that RT’s removal from YouTube’s premium package was unacceptable. He criticized a lack of prior notice and an apparent leak of “internal info” to Bloomberg.

“This speaks to the unprecedented political pressure increasingly applied to all RT partners and relationships in a concerted effort to push our channel out of the U.S. market entirely,” he said.

However, the state-run outlet with 2.2 million YouTube subscribers will not be seriously hampered in distribution and monetization on the platform, Karnovich-Valua added.

U.S. lawmakers invited Google to testify on Nov. 1 as part of an ongoing multi-pronged investigation into Russia’s alleged interference in the 2016 presidential election.

The internet giant faces increased scrutiny alongside Facebook and Twitter over claims that it may have been used as a staging ground for Russian influence during the U.S. campaign.

RT and RT America are among 20 of YouTube’s “Google Preferred News Lineup,” billed as a list that provides a “broad picture of breaking news.”