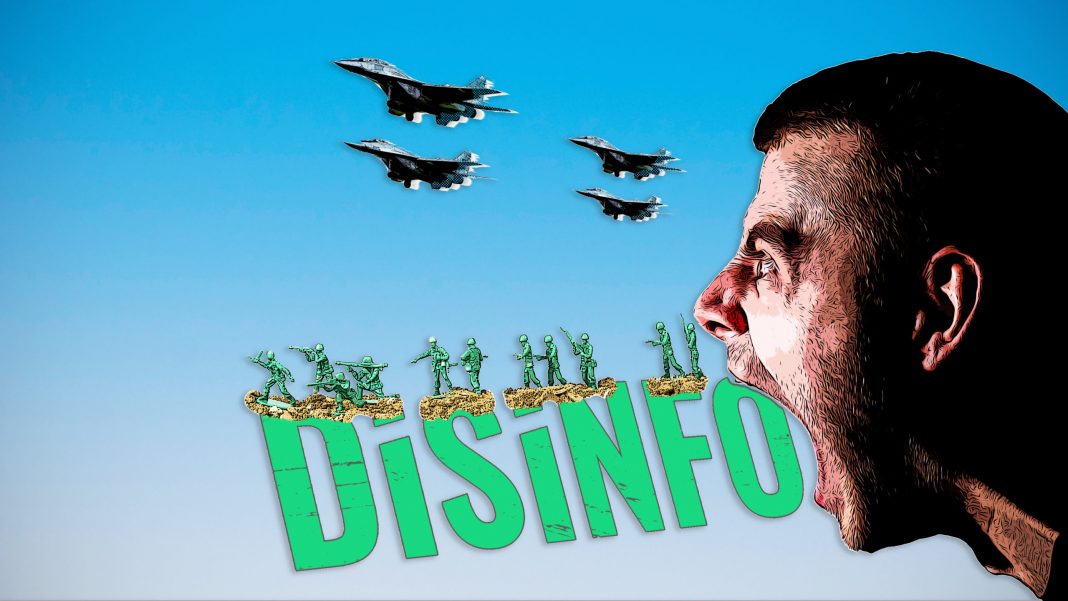 As the systematic and cynical instrumentalisation of migrants for political purposes by the Lukashenka regime continues, so do disinformation and information manipulation campaigns. In the meantime, amidst Russia’s mounting military build-up along Ukraine’s borders, the pro-Kremlin media turns to increasingly belligerent rhetoric directed at NATO and Ukraine.

From the Russian state-controlled media’s constant presence at the Belarusian border to a Russian MP shouting at Polish border guards that the EU would take away their children and give them to same-sex couples, we saw in recent weeks the pro-Kremlin media (and officials) throw their full weight behind the cynical attempts of the Lukashenka regime to instrumentalise migration.

Together with their Belarusian counterparts, pro-Kremlin media outlets both facilitated and exploited opportunities to discredit the EU internationally, smear Poland, and distract attention from the abysmal human rights record of the Lukashenka regime. The trend continued this week, with disinformation outlets:

Such disinformation messages are not new; they have been circulating in the Belarusian state-controlled and pro-Kremlin media since late summer 2021, after Minsk put its international migrant-smuggling scheme in motion.

However, a good rule of thumb is the longer the disinformation campaign, the more it tends to the extremes. This was evident recently, when the Belarusian state-controlled media, followed by the pro-Kremlin media, started accusing Poland of using chemical weapons and blasting poisoned water at the migrants on the border.

The endless stream of disinformation about the migration situation on the EU’s eastern borders illustrates that information manipulation is a key element greasing the wheels of the illegitimate Lukashenka regime and its attempt to hold on to power.

The EUvsDisinfo database contains over 1,100 examples of pro-Kremlin disinformation claims about NATO, alleging that the Alliance (and the West in a broader sense) is both “provoking” and “encircling” Russia.

Recently, amid the growing international concern over Russia’s military build-up along the Ukrainian border, the pro-Kremlin media have escalated such rhetoric alleging that NATO was Russophobic and a threat to humankind; that it was staging “provocations” near Crimea, using hybrid war instruments in the Black Sea; and that it was violating the principles of the NATO-Russia Founding Act (spoiler alert – it isn’t).

Along came the messages that the US was pushing Ukraine and Europe into confrontation with Russia, and seeking a “little war” by proxy to allegedly distract attention from its policies in the Middle East and South Asia. At the same time, Ukraine continued to be portrayed both as a helpless victim “on the verge of collapse” and a permanent aggressor, trying to drag Russia into war.

Such messaging resembles the Kremlin’s rhetoric earlier this year, when Russia also pooled large numbers of troops and military equipment near Ukraine. It also illustrates how disinformation is used to support (or obfuscate) Russia’s military posturing, not to mention hostile operations on the ground.

Finally, in a bizarre development this week, a retired Russian admiral alleged that the sinking of the Russian submarine Kursk, which claimed the lives of 118 sailors, was caused by a NATO vessel. Such claims contradict the findings of Russia’s own investigation following the accident in 2000. All this goes to show that for the pro-Kremlin media and its pundits facts are malleable and can be shaped into any form to serve political needs. And apparently, portraying NATO and the West at large as hostile to Russia is what the Kremlin needs today.