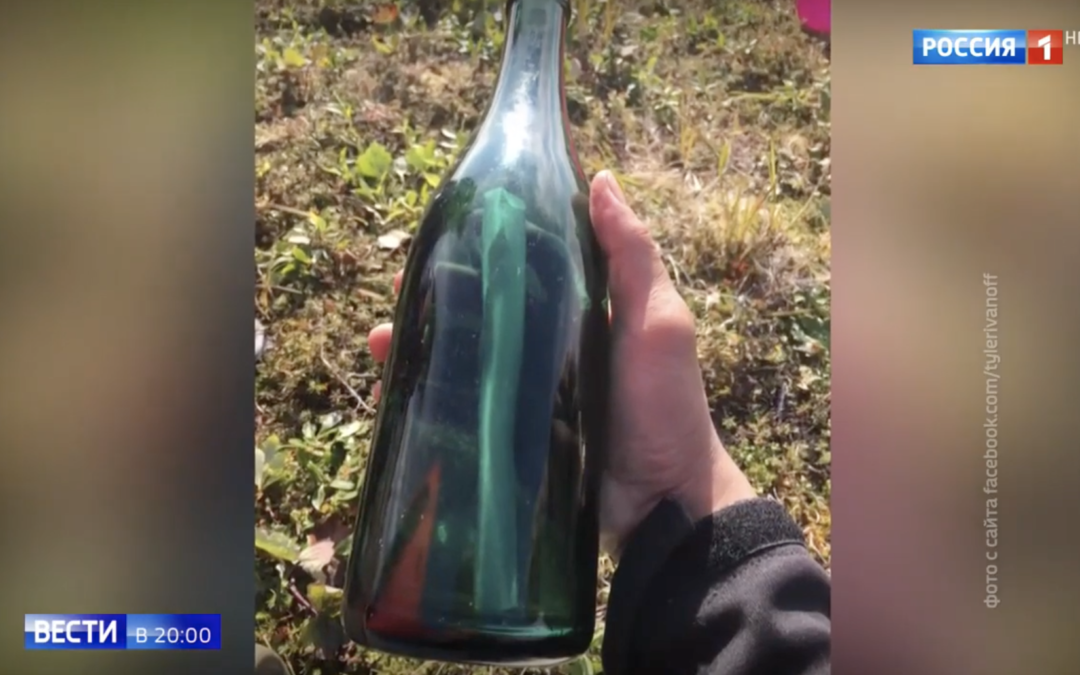 We’re back in 1969. A Soviet sailor drops a message in a bottle from his ship into the Pacific Ocean. Fifty years later, the bottle washes up on the shore of Alaska, where a local man finds it.

Russian state TV sets out to see if the author of the message is still alive – and finds him, now a retired officer, in Sevastopol, Crimea.

This moving story was shown on Russian nationwide TV and later picked up by numerous media outlets worldwide. But was it real? Russia’s independent TV Rain was not convinced.

In the latest episode of its weekly programme Fake News, TV Rain’s journalists examined the story about the message in the bottle which their colleagues on the state TV channel Rossiya 1 had produced. The independent journalists found that it raised a number of questions.

Why did the bottle look completely fresh and not like it had spent half a century in the ocean? Why was the letter inside the bottle so well preserved and the ink not blurred? And why was it written on a piece of A4 – a paper format which was not standard in the Soviet Union?

TV Rain also noted that in his interview, the retired officer states to TV Rossiya 1’s reporter that he cannot recognise the handwriting as his – even if he later in the interview he says that the name of the Soviet fishing company mentioned in the message is the one he used to work for when he was younger.

Too good to be true?

Russian state TV’s story is almost epic in its scope: It connects a former Russian territory, Alaska, with modern day Crimea – a Ukrainian territory which, according to the Kremlin’s official disinformation narrative, “came home” when Russia invaded and illegally annexed it in 2014.

Similarly, the story builds a bridge in time between the memory of the Soviet Union and the imperial dreams of post-Crimea modern Russian Federation.

Add to that the moving human angle, and the story fits perfectly – some, including independent TV Rain, would say too perfectly – into the Kremlin’s geopolitical narrative.