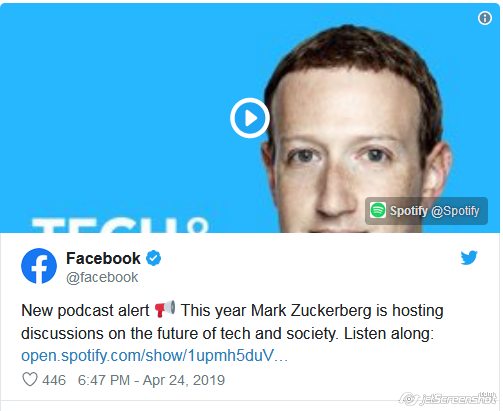 Facebook knows it screwed up, is trying to do better, and is spending some of this year actually listening to critiques and suggestions (supposedly). Zuckerberg even has a podcast now!

New podcast alert 📢 This year Mark Zuckerberg is hosting discussions on the future of tech and society. Listen along: https://t.co/5rIBdrbsb5

But seriously, Facebook and a coalition of social science researchers have announced a group of 60 academics who will have access to some internal Facebook data to analyze “the role social media has on elections and democracy and help Facebook and other companies improve their products and practices.” That’s Facebook’s wording, but the company was not involved in the decision-making process, and it is not providing funding for the research either; that’s coming from eight foundations, including Knight, Charles Koch, and Omidyar Network.

(Facebook has also emphasized the secure system it’s building to share the privacy-protected data with the researchers, since, you know, their past process for sharing data wasn’t the greatest.)

The Social Science Research Council, an independent nonprofit research organization, and Social Science One, a new academic/industry partnership incubated at Harvard to collaborate with Facebook, took the lead on determining the research grantees:

These grantees will seek to use access to Facebook data to better explain how political news is shared in European multiparty political systems; to understand how social events or technology platform changes influence communication behaviors such as spreading disinformation; and to deepen our knowledge of how social media platforms were used in elections in Italy, Chile, and Germany and how their use may influence public opinion in Taiwan.

Below is the full list, with abstracts in the links. But you won’t see any from Africa, home to 17 percent of the world’s population, though the council notes in its announcement: “The grant projects we announce today hint at the global potential of the Social Media and Democracy Research Grants competition.”