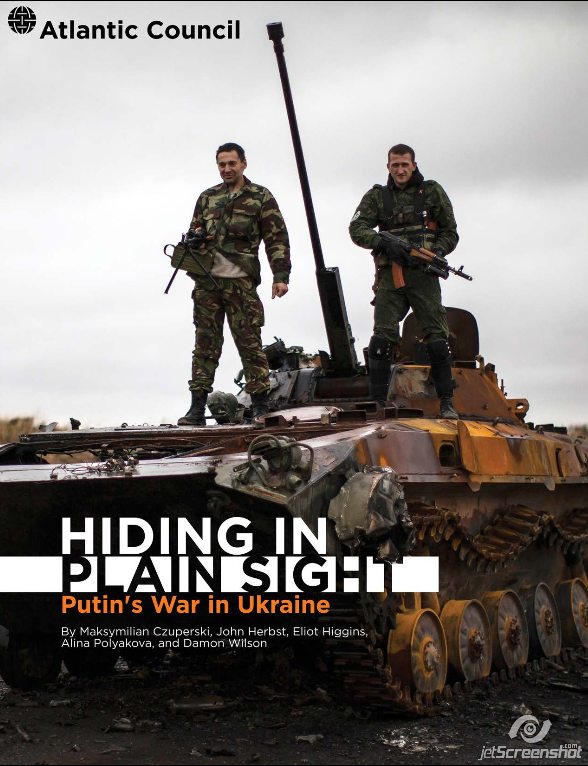 Russia is at war with Ukraine. Russian citizens and soldiers are fighting and dying in a war of their government’s own making. Russian President Vladimir Putin continues to deny Russian involvement in the fighting, but the evidence is overwhelming and indisputable. Drawing upon open source information, Hiding in Plain Sight: Putin’s War in Ukraine provides irrefutable evidence of direct Russian military involvement in eastern Ukraine.

This report, the result of an Atlantic Council Working Group launched to examine direct Russian military involvement in Ukraine, has five key findings: