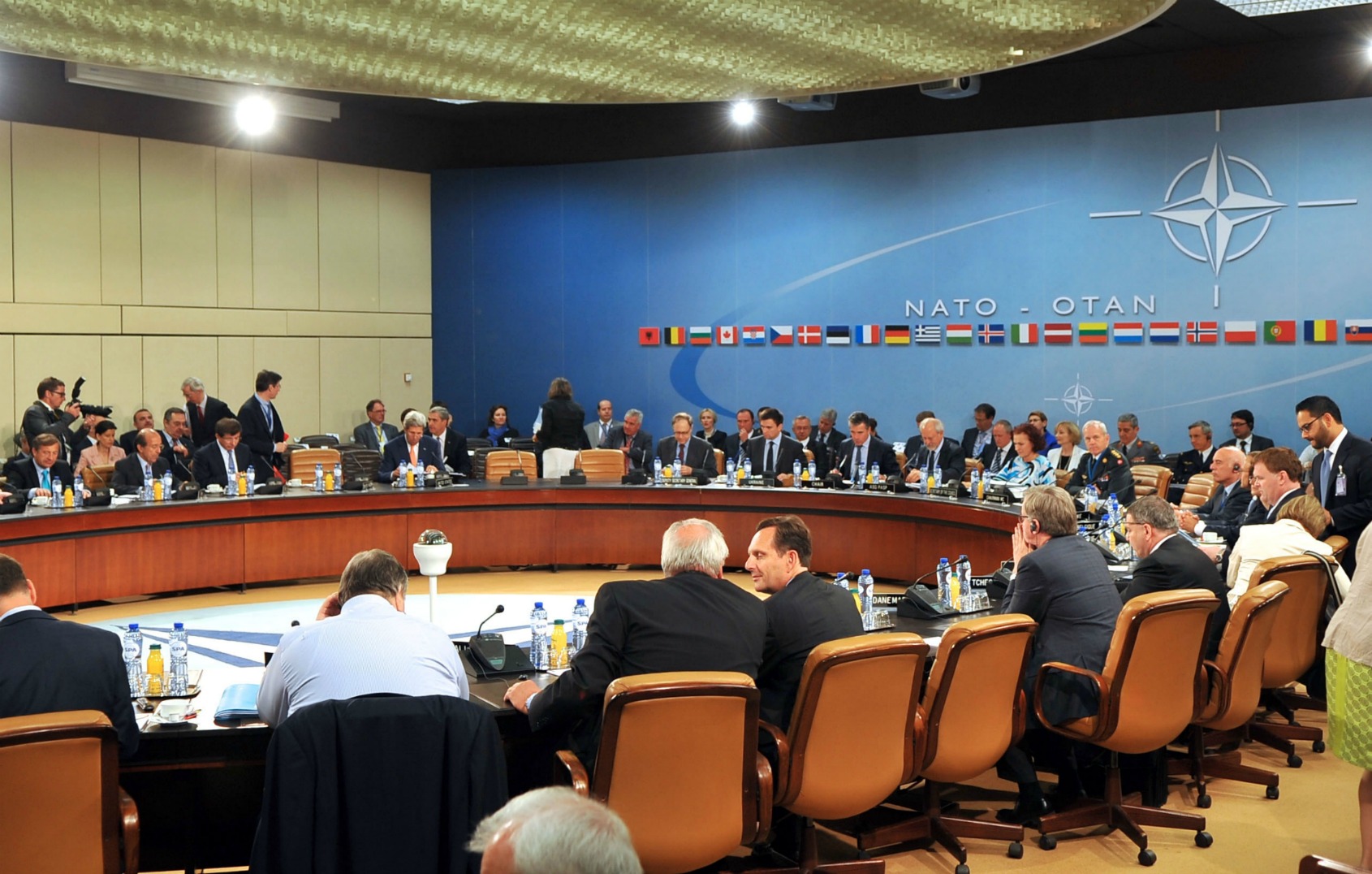 A Russian propaganda website has turned a local joke about the Estonian-Russian border fence into an anti-NATO narrative directed at Estonia’s ethnic Russians.

After an 11 May TV news broadcast showed Estonian President Kersti Kaljulaid visiting the Estonian-Russian boundary, a few social media users shared observations about the border fence. Some noted that the barrier’s upper metal brackets were turned not towards Russian, but Estonian territory—leading to online jokes implying that the fence was built not to keep Russians out of Estonia, but to keep Estonians in.

Within days, the joke was picked up by a social media account owned by Anastassia Raja, a Russian-speaking Estonian—and turned into anti-NATO narrative. “I have said this many times before,” Raja wrote in Russian. “The fence is needed to keep us (i.e. Estonian Russians) in Estonia if the military conflict occurs so that we couldn’t escape. And NATO needs this war to survive.” A user named Svetlana agreed, commenting that the fence’s main purpose is to prevent Estonian Russians from escaping—and that in case of war, Estonia will need local Russians as hostages. A few days later the original post as well as Svetlana’s comments were used as a source for an article on Russian-language propaganda website Baltnews. That article left no doubt that the main purpose of the Estonian-Russian border fence is to keep Estonian Russians as hostages in of the event of military conflict between NATO and Russia.

Unfortunately, this was not first—and will not be the last—Kremlin attempt to spread anti-NATO narratives among Estonian Russians. The number of such attempts has increased dramatically—especially since the 2014 NATO Summit in Wales. At that gathering, NATO members adopted a joint statement that “strongly condemned Russia’s illegal and illegitimate self-declared annexation of Crimea and its continued and deliberate destabilization of eastern Ukraine in violation of international law” and agreed to enhance NATO’s presence along its members’ borders with Russia. Anti-NATO narratives continued after the July 2016 summit in Warsaw, where members approved a plan to move additional troops on a rotating basis into the Baltic states and Poland to reassure allies in the face of Russia’s continued aggressive behavior.

The Kremlin sees NATO’s plan to boost its presence in Eastern Europe as part of Western attempts to raise tensions between the alliance and Russia. Such narratives, spread in Russian-language media, present Moscow as the passive and oppressed party, and NATO and the United States as aggressive, manipulative and harmful.

Unfortunately, there is little any Estonian or Western institution can do to convince the country’s Russian-speaking minority that NATO does not use the Baltic states to threaten Russia, or that the Baltics do not use NATO to hype the “Russian threat” for political and financial profit. Despite efforts by Estonia’s state-run Russian language channel ETV+, Estonian Russians still tend to prefer Russian media channels as a main information source, and therefore are exposed to disinformation. They will probably perceive any attempts to convince the audience that the narratives they watch may be false as yet another piece of Western propaganda.

While such an approach is likely to fail, showing the techniques used to create that false narrative may get better results. What Baltnews did not mention in its article is that Anastassia Raja—the author of the social media post—is not just any random social media user but a frequent source for pro-Kremlin news sites. A leader of the pro-Kremlin organization Estonian Parents—which has with ties to Impressum Media Club—she is known for her anti-Western attitudes. Impressum is, according to Estonian security police, a tool of Russian anti-Estonian propaganda. By using a well-known source without informing the audience, Baltnews committed disinformation—opening the narrative to further scrutiny.

Urve Eslas is a columnist of the Estonian daily Eesti Päevaleht, a radio host, and a newspaper columnist. She holds an MA in philosophy and is doing her Ph.D. in philosophy at the Institute of Human Sciences at Tallinn University