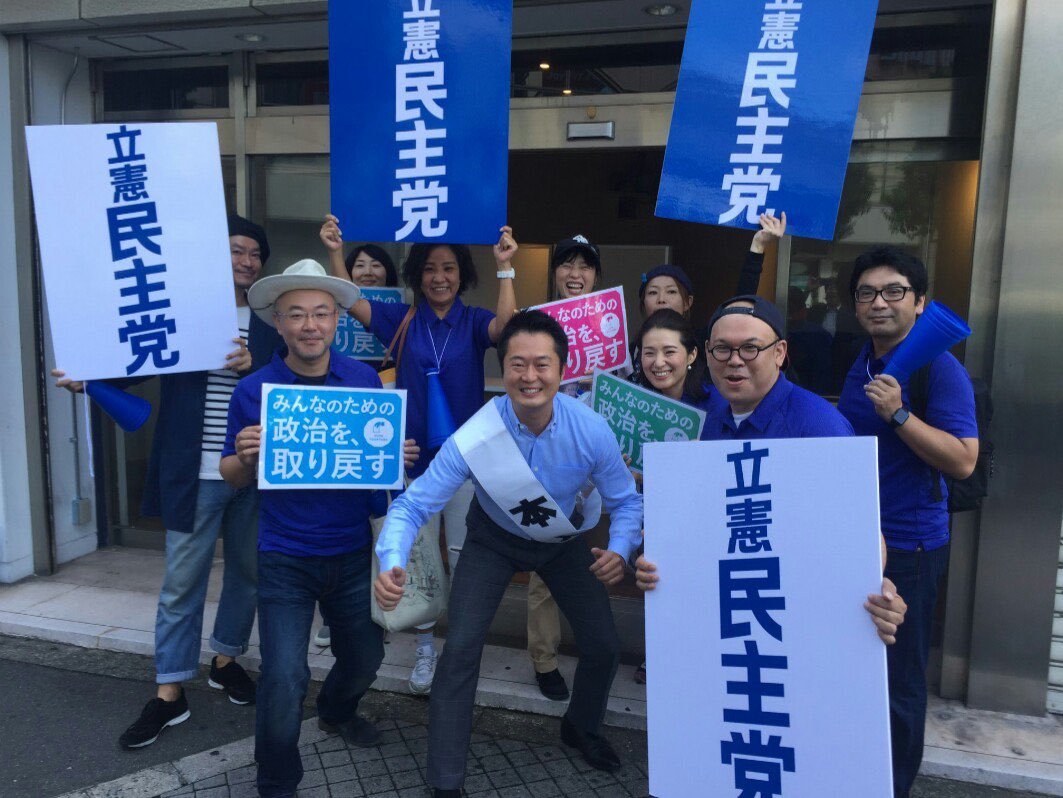 Campaign photo first shared on Twitter by Kan Hideki, Constitutional Democratic Party of Japan candidate for Osaka District No.13. The image was subsequently shared dozens of times on Twitter claiming Kan was being helped by “foreigners” during the election. Banners and placards read “Constitutional Democratic Party” and “Let’s take back government for everyone.” Image source: @kanhideki

By Nevin Thompson, for Global Voices

On Sunday, October 22, Japan went to the polls and re-elected the government of Abe Shinzo. The snap election, called on September 25, saw the disintegration of one opposition political party and the birth of two new ones, and was threatened at the last minute by a super typhoon.

And, like in many election campaigns, there was no shortage of misleading and inflammatory information shared on social media.

To help identify misinformation, the Japan Center of Education for Journalist, or JCEJ, launched an online news verification project to highlight some of the most prominent false stories, judging them as “debunked” (フェイク判定).

In a series of short posts, members of the JCEJ verification project team identified and disproved several instances of widely shared false information that emerged during the election campaign, from supposed backroom deals made by opposition politicians, to reports of Russian involvement in the election.

One example of widely shared false information that received JCEJ’s “debunked” judgement was a popular pair of tweets that claimed it is illegal for “foreigners” or non-Japanese residents in Japan to participate in Japanese elections.

Foreign citizens residing in Japan have no right to participate in elections. Participating in elections (such as leafleting and putting up posters) is illegal! According to Article 137, Section 3 and Article 205, Section 2 of the Public Offices Election Law, as well as Article 28 of the Political Funds Control Law, (non-Japanese persons) may neither assist nor hinder Japanese elections!

The other tweet that JCEJ identified was first shared by Wada Mizuki. Wada’s Twitter bio identifies him as the general secretary of the Osaka-based ultra-nationalist Japan First Party, itself headed by far-right figure Sakurai Makoto. Besides leading Japan First, Sakurai also heads infamous far-right group Zaitokuai, and has been implicated in promoting hate speech against ethnic Koreans in Japan.

During the election campaign, Japan First’s Wada seemed to notice that a campaign photo by Kan Hideki, a candidate of the progressive Constitutional Democratic Party, included Lee Sinhae, a journalist and “zainichi” (or non-Japanese) ethnic Korean activist who has long been relentlessly targeted by Sakurai and other ultra-right figures.

We hope this gets shared widely –

Lee Sinhae is participating in election campaigning for Kan Hideki, Constitutional Democratic Party candidate in Osaka District No. 13. Foreigners are participating in the election! This is way wrong!

After Wada claimed the Kan campaign in Osaka violated election laws, he encouraged others to share his tweet, and widely. So far, Wada’s original tweet has been shared nearly 2,000 times. As a result, the image from Kan’s original tweet shows up dozens of times in search engine results, along with claims that his campaign is breaking the law: 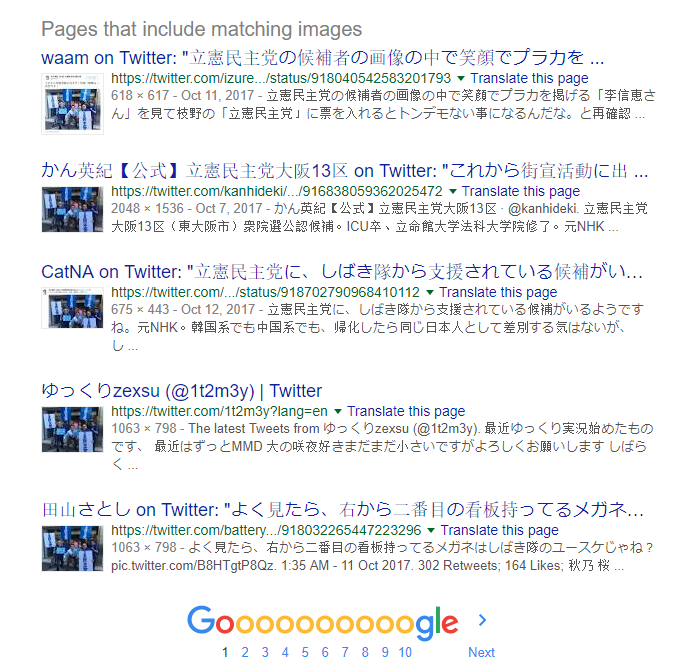 Reverse image search of the image first posted by Kan Hideki’s campaign, and then by Wada Mizuki

The JCEJ verification team found that it is, in fact, not illegal for non-Japanese people to participate in Japanese elections:

<Debunked as “fake” by 5 journalists>

Foreign nationals and permanent residents in Japan may not, however, make political donations or run for public office.

The JCEJ article also linked to Bengoshi Dotcom News, a legal news site in Japan. Bengoshi Dotcom News reviewed one by one the election laws identified in Gekko3569’s widely shared tweet from October 7 that supposedly prohibit non-Japanese people from participating in Japanese elections.

They found that none explicitly ban non-Japanese people from taking part in Japanese elections, and concluded:

Taking into consideration the Public Offices Election Law, Political Funds Control Law Immigration Control and Refugee Recognition Act, neither the Ministry of Justice nor the Ministry of Internal Affairs and Communications [responsible for elections] place any limits on the activities of non-Japanese people during elections.

The JECJ’s efforts to debunk the false information seem to be working. Recent Twitter searches for “foreigners participating in the election” (外国人が選挙に参加してる) result in many recent tweets calling out the tweet first posted by Wada Mizuki as “fake” or as “false rumors” (“dema” or “demagogi”, デマゴギー):

Hey, non-Japanese are not prohibited from participating in Japanese elections, okay? I wonder why they do it. Does it feel good to spread such false rumors?

More information about JCEJ in English can be found on the organization’s website, including principal team members, current projects and new research.

By Nevin Thompson, for Global Voices 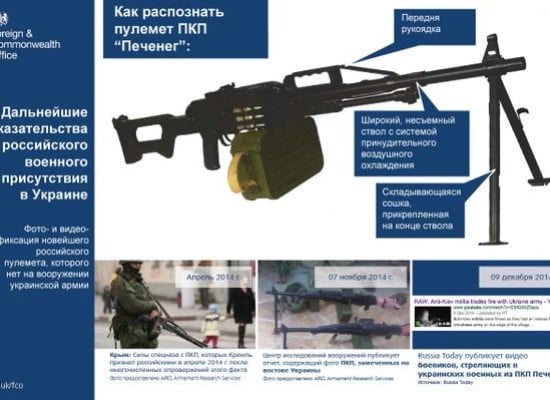 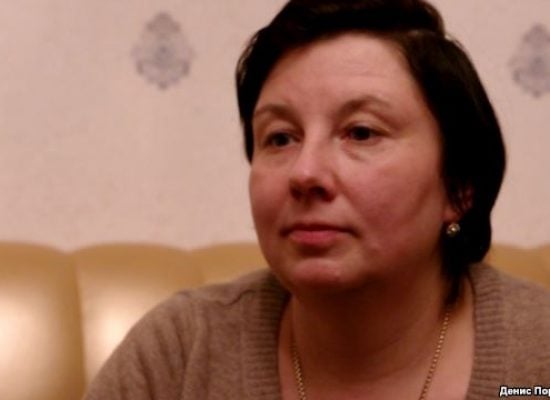 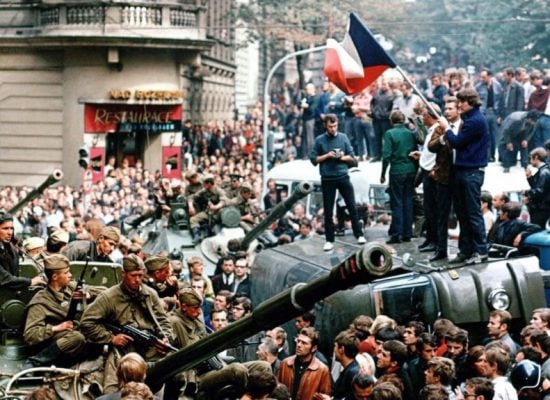 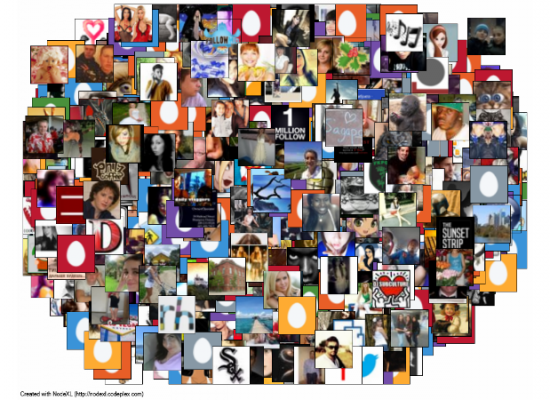 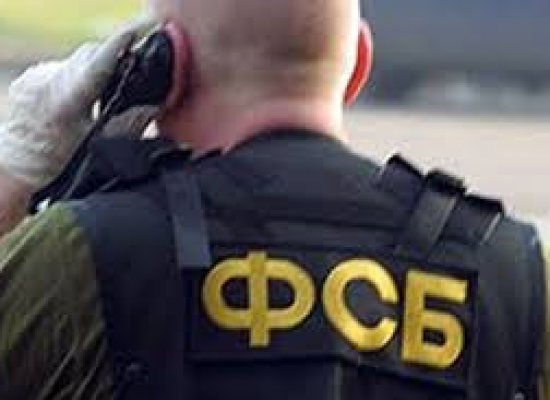 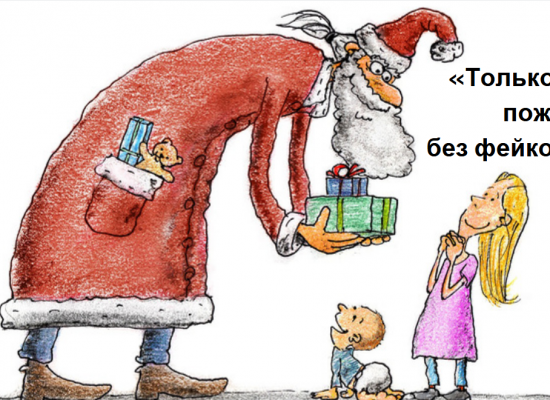