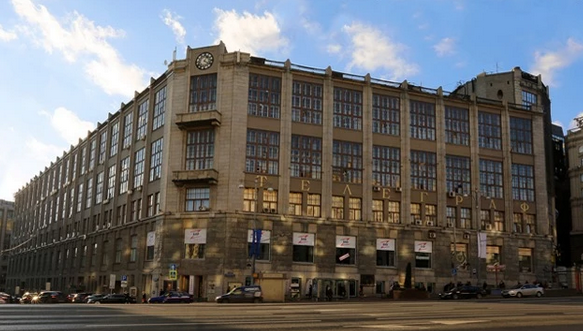 When Chad Hurley, Steve Chen, and Jawed Karim founded YouTube in an office over a California pizza shop in 2005, they described it as “the ultimate reality TV.” The site reached a large audience by allowing actual people to post authentic footage of genuine, unscripted life.

Now Russian President Vladimir Putin and his propaganda machine are working to take advantage of YouTube’s vast reach and viral capabilities to spread the Kremlin message. RT — the Russian state-funded TV and internet news network – hopes that some of the authenticity associated with the YouTube platform will make its own message more convincing to a broad international audience.

What messages are Putin’s spin doctors pushing? Is anybody listening? The answers to these questions will help to resolve a debate among activists and policy-makers over the importance of Russian propaganda. Russian opposition leader Alexey Navalny describes the propagandists as the real “party of war.” The EU now is instructing the High Representative for Foreign Affairs Federica Mogherini to develop a plan to counter Russian propaganda. Others have argued, however, that the Russian efforts have little actual impact.

The RT flagship channel has a total of 1,471,491 subscribers on YouTube, and for the 32 days between January 19 and February 19, 2015, garnered 10,492,598 views (excluding a handful of videos which did not fit into the categories delineated below). The table below lays out the audience for the other RT channels. After the flagship channel, RT in Russian, Arabic, and Spanish appear to have particularly large followings. The data below represent results from the 2,695 videos uploaded during the month that we examined across the eight RT YouTube channels. The types of videos on each channel showcase the message that RT is trying to project to a particular audience. On the RT America channel, the videos paint the U.S. government as racist, incompetent, and abusive. When anything happens in the US that could feed anti-American perceptions, you can be sure that RT America will cover it. The channel wallpapered the police shooting of an unarmed black man in Ferguson, Missouri and even produced its own documentary (Life Matters) about the events.

Despite the bold nature of the U.S. programming, RT America uploads a relatively small number of videos per week to its American channel. The same is true for RT UK. Accordingly, it seems that RT has given up on targeting the specific U.S. and British audiences, as opposed to the broad international English-language audience of RT.com. On the U.S. channel, there are only about 30 to 40 videos posted per week. The British channel has not seen more than 10 videos posted in one week for over two months. In contrast, the RT Arabic channel, since its inception in December 2014, blasts out approximately 125 videos every week. Russia seems to have decided to focus its energy on what it perceives as more receptive audiences. RT France, RT Spanish, RT German, and RT Russian all have more videos uploaded weekly than the US channel.

But what kind of stories do people actually watch on these channels? To answer this question, we looked at a month of RT’s uploads across all channels and categorized all the stories based on their subject matter. We examined 2,689 videos overall. Then, we looked at the channels’ total views for that month, and calculated the percentage of total views for each kind of story. The results are displayed below. (We assume that the views are authentic, rather than boosted by trolls.) The main focus across almost every RT channel is the conflict in Ukraine, with the Spanish channel being the only exception. RT seems to be hitting its mark with this coverage since the audience share is commensurate with the effort devoted to it.

On RT’s flagship YouTube channel, 27 percent of the videos posted highlighted Russia’s view of the crisis in Ukraine, and these videos accounted for nearly 27 percent of the channel’s views. In other words, though people may watch a wide range of stories on RT (anything from economic coverage to getting an inside look at the latest Russian fighter jet), they are indeed watching the Ukraine coverage.

Not all of RT’s efforts are so successful. For example, on the RT flagship channel, 21 percent of videos uploaded were European-interest driven. However, these videos accounted for only 11 percent of the channel’s views. In other words, a relatively smaller number of viewers see RT as a credible source of information on the situation in Europe. In contrast, human interest videos (which range from cat videos to building demolitions) represented nearly 10 percent of RT’s videos for the month, but garnered nearly 17 percent of its total views.

RT America, in contrast, is a much smaller channel that focuses almost entirely on the U.S.: 75 percent of its videos posted and 81 percent of its views represented U.S.-focused programming. Apparently, the Kremlin has decided that selling Americans on the Kremlin-sanctioned view of the conflict in Ukraine is too challenging a task even for the experienced Kremlin media merchants. RT’s programming in Europe, however, suggests that the Kremlin estimates a higher probability of success for its Ukraine message in Europe. RT Deutsch focuses primarily on European-interest stories and Ukraine programming: 33 percent of videos and 39 percent of views came from European stories and 43 percent of videos and 42 percent of views centered on Ukraine. RT’s anti-EU bias is clear: it pays particularly close attention to anti-EU parties Podemos in Spain and Syriza in Greece. These anti-EU stories are prominent across all the RT YouTube channels that work in European languages, though they are much more popular in German than French or Spanish. In contrast, RT’s Spanish language channel is remarkable mostly for its lack of Ukraine coverage: the channel only posts 18 percent of its videos about Ukraine and they receive a meager 13 percent of views. Most videos deal with human interest and European topics. RT’s Arabic-language channel works similarly– the channel posts a diverse array of Middle East-focused videos, accounting for 47 percent of total videos posted and 48 percent of views. The runners up are Human Interest and Ukraine, but these subjects together add up to less than a fourth of the channel’s videos and under a third of its views. Finally, RT Russian, as one might expect, is decidedly Russia and Ukraine skewed. RT’s Russian-language service posts a massive 34 percent of its videos on Ukraine, and these videos represent 52 percent of its views. In other words, over half of RT Russia’s viewership is solely based on its Ukraine videos. The remaining videos and viewership are largely split equally between Russia-related coverage and USA-specific coverage, sometimes overlapping through the coverage of Russia-U.S. relations. RT is clearly finding an audience for its Ukraine coverage among Western audiences. Determining whether viewers are coming for the helicopter golf and staying for the Ukraine message, however, will require further research.