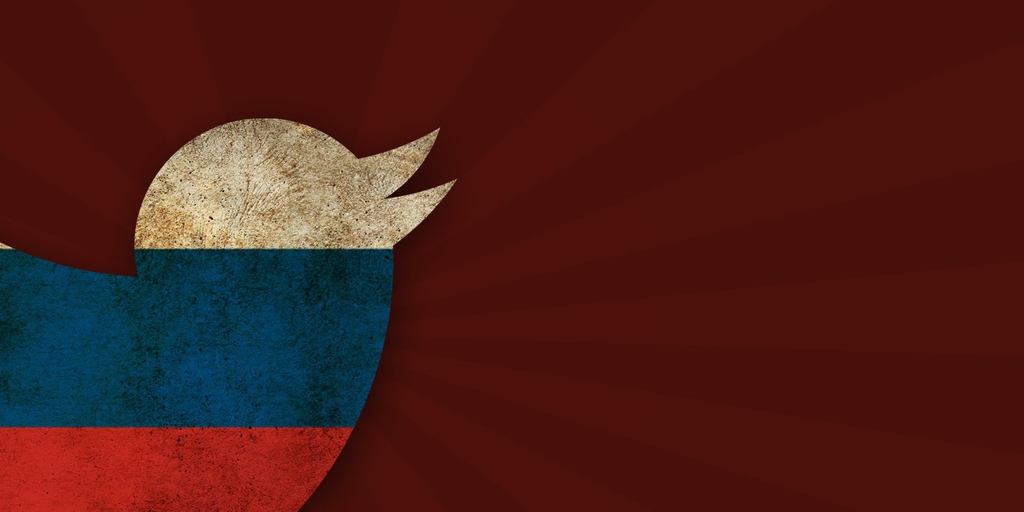 Something flipped a switch for a swarm of fake Twitter accounts between Jan. 3 and Jan. 5, setting off a deluge of half-literate hot takes. While their usual activity normally consisted of posting “inspirational” quotes of questionable origin and tweeting things no real human ever could, like “What’s better than a curved #television,” suddenly their attention turned to the safety of a nuclear power plant located in Zaporizhia, a city in southern Ukraine.

With messages like these, however, the likelihood that anyone would actually believe their insinuations that this was in fact “another Chernobyl” ranged from slim to zero.

All these nuclear experiments in Ukraine are enormous!! poopy #Fukushima2015 #Nukraine

Chernobyl nuclear disaster will repeat at any time! you are dumbass! #Fukushima2015 #Nukraine

Though Ukraine hasn’t always had the best of luck with nuclear power, you can breathe easy, because this particular rumor doesn’t have any legs. The IAEA even rated the actual incident (a transformer short-circuiting) as a zero on the International Nuclear and Radiological Event Scale.While the nuclear incident is nothing to worry about, the story behind these seemingly innocuous tweets provides a unique insight into just how craven Russia‘s propaganda machine has become.

Since only a few sources have passed along these flimsy allegations, it also provides a clear look at the kinds of distribution networks the Kremlin uses to take advantage of the Internet’s chaotic flow of information. Chaos here is key; when it comes to Russian “information war” tactics, their philosophy can be summed up by the old adage that if you sling enough shit, eventually some of it will stick.

Naturally, the first English-language outlet to actually back these claims was none other than RT, the channel formerly known as Russia Today. RT had in fact reported about the Zaporizhia plant before, citing a Greenpeace expert who had noted that it could get caught in the crossfire between Kiev and separatist forces. But anyone who reads far enough into the article will notice that it suddenly swerves away from its original topic—expert testimony about the possible vulnerability of the plant—to discuss an incident in which militants from Ukraine’s Right Sector tried to take over the plant.

Switching topics from a venerable Western NGO like Greenpeace to Right Sector, a Russian media bête noire, is a classic move straight from the RT ju-jitsu handbook.

RT, in turn, based its article on a summary of documents released by the controversial rising star of Russian TV news channels, Lifenews—the same network that ran an interview accusing U.S. intelligence of carrying out the Charlie Hebdo attack. Lifenews is often so fast at reporting breaking stories that it has repeatedly raised suspicions of being in bed with the state security apparatus. Claiming to have “acquired” leaked materials from the Ukrainian State Emergency Service, they asserted that the radiation levels at the Zaporizhia plant had “exceeded allowable norms by 16.8 times,” a startlingly non-specific level of detail for a supposedly scientific measurement.

Eliot Higgins, a citizen journalist who researches many of the claims made by Russian media in exhaustive detail, said that such documents are “pretty easy to fake.” “Considering the source” he told the Daily Dot, “there’s really no reason to believe they’re legit.” This is, after all, the age of Photoshop.

For those who are wondering why Russian media would go to such lengths to report an obviously false story about a Ukrainian nuclear power plant, it may have something to do with an agreement between a U.S. firm and the Ukrainian government to deliver nuclear fuel to the Zaporizhia plant. On Dec. 30, the Los Angeles Times reported that the Russian Foreign Ministry was furious over the deal, as the American company Westinghouse would be replacing Russia’s state-run Rosatom as the plant’s supplier. Almost as soon as the transformer incident had occurred, in fact, higher-ups at the Russian nationalist group Donetsk People’s Republic asserted that a “radiation spike” had occurred because the plant was experimenting with Westinghouse fuel.

Only a handful of other sources picked up the RT and Lifenews stories and ran them, thanks no doubt to their overall flimsiness and apparently self-serving motivations. Two in particular were Internet blogs notable (or infamous) for their hyperbolic and uber-contrarian content. Stranger still, both websites—Globalresearch.ca and ZeroHedge.com—would seem to represent opposite ends of the Internet’s left-right fringe.

Zero Hedge, a blog whose primary editor’s fascination with and use of the pseudonym Tyler Durden (Brad Pitt’s character in Fight Club) accurately sums up its anarcho-capitalist editorial philosophy, has repeatedly posted about various incidents at Zaporizhia nuclear power plant, alleging they were all far worse than the authorities will admit. Though rhetorically far-right, Zero Hedge generates most of its hits by churning out unconventional financial news. More often than not, its authors forecast economic doom, and its links are frequently shared on Twitter.

When it comes to the Ukrainian conflict, Zero Hedge tends to be bullish on narratives that make Russia look strong where Ukraine and its Western backers look weak. A post from last October on the “de-dollarizing” Russian economy suggested that the Russian economy was in fact quite healthy after paying down $58.2 billion dollars in foreign debt. The blog gave a fawning re-cap of Putin’s Valdai Speech. And in May, it posted a map of every Russian nationalist’s wet dream of a Russian protectorate stretching from Odessa and Transdnistria in the southwest to Luhansk in the east, asking “Is this what East Ukraine will soon look like?” The actual territory occupied by East Ukrainian rebels is in fact much smaller.

A reactionary blog like Zero Hedge would, at first glance, make for strange bedfellows with another outlet that has been circulating the Zaporizhia power plant rumor—the vaguely left-wing Canadian website known as Global Research. Led by Michel Chossudovsky, a former economics professor at the University of Ottawa whose work assails the IMF, World Bank, and NATO, the publication’s editorial policy generally opposes the neoliberal policies of globalization. But as so often seems to happen with a certain subset of the “anti-imperialist” Left, there comes a point where the circle squares and one becomes “so left-wing you’re right-wing,” to paraphrase Thomas Pynchon.

Starting in the 1990’s, Chossudovsky’s views became more eccentric. He penned thinly sourced hit-pieces against former president of Serbia and Yugoslavia Slobodan Milosevic’s adversaries. His website, founded in 2001, began promoting 9/11 truth conspiracies. A search for the term “false flag” on its webpage turns up a staggering 10,900 results. No wonder Alexa categorizes it amongst conspiracy-theory sites, like Infowars and “whatreallyhappened.com.”

So when Global Research publishes an article asking whether the incident at the Zaporizhia nuclear power plant was a “catastrophe,” there is a palpable credibility gap. And when its author, claiming to be an American in Ukraine named “George Eliason,” states that he “was contacted through a second party after the officially reported incident that a radiation spike was observed in Crimea,” something is off. Eliason identifies the source of some more “leaked documents” he cites as an “Anonymous-style cyber militia,” linking to the Facebook page of a group of Russian and East Ukrainian hackers who call themselves the “Novorossiya cyber riot.” As for those documents, Eliason must have contacted the cyber-militia directly, because they haven’t made any public posts online since December.

All of this was unusual enough to warrant further investigation into George Eliason’s online identity. A search for his name online turns up social media accounts on Twitter and VK, a popular social media website in Russia. The clunky phrasing of his English posts, especially in comparison to their pristine Russian, suggests that their author is a native Russian speaker. The only personally identifying information displayed on his VK profile asserts that at some point he attended the Middlesex School outside of Boston. When I asked if they had any record of him, Middlesex said they had none whatsoever.

I asked Aleksandra Garmazhapova, a correspondent for the venerable Russian paper Novaya Gazeta and expert on Runet trolls, to weigh in on what effect she thought such trolls might have on public discourse. “Of course, hundreds of identical tweets saying something like ‘Hey Obama, give us back Alaska!’ aren’t going to mold public opinion. But pro-Kremlin bots of a ‘high class’ like Kristina Potupchik, Anton Korobkov-Zemlyanskiy or Konstantin Rykov”—three very popular Russian bloggers —“wield significant influence over the Internet.” Perhaps “George Eliason” is just a middle-tier troll among them, slinging whatever he can.

The killing, destruction, and havoc reaped by the ground war that continues today in Ukraine horrify beyond belief—though many have already stopped paying attention. Of the casualties on truth inflicted in the global information conflict that is its counterpart, however, fewer still have taken note.

By James Neimeister, The Daily Dot