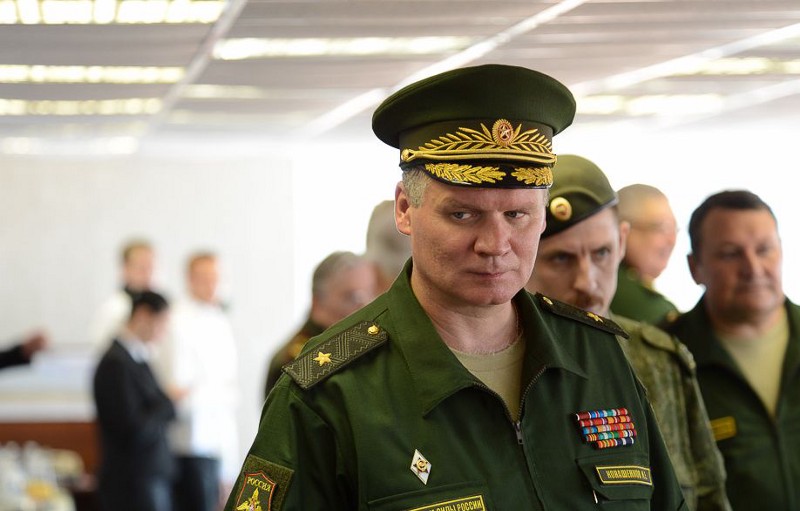 Facebook
Twitter
Pinterest
WhatsApp
This post originally appeared in Russian in the blog “Noodle Remover”. The following is an abridged translation of that post.On February 11, during a Russian Ministry of Defense briefing, Major General Igor Konashenkov claimed the following (I highlighted the parts which are of most interest):

Therefore, it is not a tendency. Starting harping on the favorite tune with accusations against Russia of committing all deadly sins as well as hushing up the effectiveness of aviation activities in Syria as a state secret from the taxpayers became regular.

A recent example. Yesterday official spokesman of the Pentagon Colonel Steve Warren being in Iraq stated that allegedly Russian bombers had bombed two hospitals in Aleppo in the daytime [the original is best translated as “that day” – translator’s note]. According to him, as a result, allegedly about 50 thousand Syrians were deprived from vital services. This official spokesman failed to give anything else. No information on the time, coordinates and sources of this data. Just nothing.

The Russian Ministry of Defence [sic!] has thoroughly analyzed all the data concerning the targets engaged yesterday in the Aleppo province. First of all, Colonel Warren is likely to be disappointed – he did not guess [right – translator’s note]. Russian aircraft did not work near the Aleppo city yesterday. The nearest target to the city was more than 20 km far from it.

Yesterday at 13:55 (MSK), two A-10 attack aircraft of the U.S. Air Force entered the Syrian air space from the territory of Turkey and reaching Aleppo by the shortest path made strikes against objects in the city so that one wouldn’t wish for more. Colonel Warren, for some reason, did not make this mission public….

As Igor Konashenkov has been repeatedly caught lying, we could satisfy ourselves with a quote from Russia’s Ministry of Foreign Affairs Spokeswoman Maria Zakharova:

This is speculation, information confirmed by no facts.

However, I decided to give a closer look to this claim by Russia’s MoD. Here’s what I found out:

A transcript of the briefing given by the anti-ISIS coalition spox Colonel Warren on February 10, to which the Russian MoD refers to, is available here. Here’s the segment where Warren speaks about hospital bombings in Aleppo:

With the destruction of the two main hospitals in Aleppo by Russian and regime attacks, over 50 thousand Syrians are now without any access to live-saving assistance. Humanitarian organizations are responding, but ongoing military operations by Russia and the Syrian regime, as well as pro-regime forces are making access to populations in need increasingly difficult.

As you clearly can see, Colonel Warren did not claim the airstrikes were carried out on Wednesday, February 10, the day of the briefing. One can confirm this by searching the briefing transcript for the words “Wednesday”, “today” and the number “10”.

The most recent report of a large hospital being destroyed in Aleppo province was published on February 3, a week before Colonel Warren’s briefing. By the way, Warren’s previous briefing also took place on February 3. It would be logical to assume that the information on the hospital bombed on February 3 was relayed to Warren only in time for the next briefing.

I do not know why Konashenkov assumed his colleague Warren said the Russian bombings happened on February 10. However, I do know that apparently the city of Aleppo wasn’t hit neither by Russian nor US airstrikes on February 10.

Later, Colonel Warren confirmed he indeed did not claim the airstrikes on hospitals happened on February 10:

Strikes in question didn’t happen yesterday. Regardless, only Rus/Syr operating over #ALEPPO. https://t.co/S2czd50yHU

As you can see, the February 10 tweets mostly refer to countryside or areas around Aleppo, while the tweets about airstrikes on the city proper are reposts of a February 9 report.

In comparison, you can find reports on airstrikes on Aleppo proper for, say, February 8:

If the Russian MoD is to be believed, apparently the locals in Aleppo city somehow didn’t notice US jets striking “objects in the city so that one wouldn’t wish for more”. However, Konashenkov somehow did manage to notice that, but for some reason won’t show us proof of his claims.

Thus, we may conclude both claims made in the Russian MoD briefing on February 10 are false, apparently made to shift the blame for civilian deaths in and around Aleppo from Russia and its ally Assad to the Western anti-ISIS coalition.