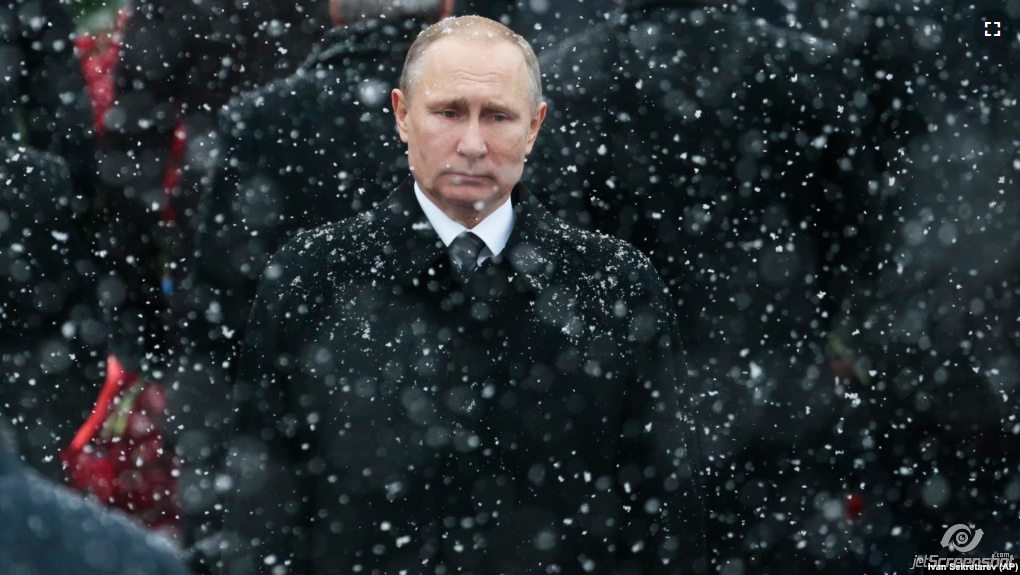 There are moves to have Putinism installed as a state ideology to last beyond the president’s time in office.

Alexander Dugin, the Kremlin’s court philosopher, one of the main ideologists of modern Russia and a fascist, has for more than a decade demanded the creation of a distinctively “Eurasian” ideology in Russia for more than a decade. In early July, he explained he now wants to go further to ensure “the institutionalization of Putin’s course of action, not just loyalty to him personally,” to secure the president’s legacy.

“This implies the assertion of a new ideology, a kind of ‘Putinism’, in which the basic principles of integral sovereignty will be enshrined,” Dugin said on his portal, Katehon. “And then other political and administrative mechanisms should be brought into line with it.”

Versions of Putinism have been built up in Russia for some time, but they have tended to center around the cult of the president. Now, with the dictator aging (he is 70 this year), the elites who have supported and profited from his rule are looking for ways to ensure the country’s future leadership follows his political instincts and is able to maintain his grip on power.

In 2014, Georgian professor and journalist Oleg Panfilov described the formation of the Putin cult, starting with the establishment of official censorship and propaganda. This was followed by the development of the image of the “leader”: Putin the judoist, superhero, devout Christian, and so on. Pro-Kremlin youth organizations like the Nashi and Young Guard movements were part of the same process, Panfilov wrote.

Just three years earlier, it was a matter of debate whether there was a cult of Putin in Russia at all. At that time, most analysts believed “Putin mania” had been a feature of the beginning of his reign, but was fundamentally different from the cult of Stalin, which was based on fear and reverence. BBC correspondent Artem Krechetnikov noted that Putin at the dawn of his rule was viewed with affection and familiarity, but also irony. Girl groups sang they “want someone like Putin” as opposed to their rowdy, drunkard ex-boyfriends, and men saw him as one of the guys.

The idea he was “one of us” was key to Putin’s positioning in the minds of Russians until 2012. He was already seen to embody the image of a macho male and a real people’s leader, but at the same time, he allowed some skepticism. On TV at that time, there were still parodies of Putin, even if they weren’t sharp, and criticism of the authorities was not yet seen as a crime.

The next step in the development of the Russian dictator’s cult of personality was the positioning of Putin as the lesser evil. As popular protests against the falsification of parliamentary elections roiled the country in 2011 and 2012, the state propaganda machine began to actively play on people’s fears. Russians were told a change of leadership would inevitably lead to the collapse of Russia, bloody chaos, and war. Government outlets sought to persuade the population that the protests, and other “color revolutions,” were created by the CIA to drive Russia to the same fate as Libya and Syria.

Against this background, propagandists tried to present Putin, though maybe not ideal, as the only possible leader with the ability to prevent chaos and see off this perceived US threat. In February 2012, opposition journalists noted the most frequently heard argument was, Who, if not Putin?

The leader could still be mildly criticized, but calls for him to step down were now regarded as “working for the enemy.” Peace, stability, and sovereignty were so firmly tied to the personality of Putin that people began to believe that without him there would be no Russia; this of course meant that opposing Putin was opposing the country’s existence. After 2012, the leader was allowed to be criticized only from ultrapatriotic positions, for example for insufficient ruthlessness or because he had not completely severed ties to the West.

Conspiracy theories, propagated by United Russia State Duma deputy Yevgeny Fedorov, began to spread among the population. They claimed Russia was partially occupied by the US through numerous “American agents in power” and that only a true patriot, like Vladimir Putin, could stop these agents, and only if the population of Russia supported him. In other words, the continued “American occupation” was the fault of those Russians giving the national leader insufficient support.

Since 2014, this line has become dominant. Putin is no longer presented as the lesser evil, but as the savior of Russia and its only hope for the future. His cult has abandoned any tolerance of irony or criticism and is promoted particularly among children, who are encouraged to join so-called patriotic youth groups. Anton Krasovsky, a former opponent turned Putin propagandist, says the only way to achieve change in Russia is to “love Putin.”

In March 2021, a provision establishing liability for online public insult or slander against the president was added to the Russian Criminal Code, further tightening the screw on dissent. Yet many Russians are fully aware of what is going on — more than a quarter said there was a Putin personality cult when asked by pollsters in October.

The latest stage came after the start of the full-scale invasion of Ukraine, when propagandists finally began the end-game creation of Putin as tsar, an infallible supreme commander whose authority in wartime should be undisputed. Even Russian commentators who had lived in the West for decades suddenly started talking about an archetypically Russian political system in which the tsar plays the main role, based on the aspirations of the people.

The beginning of the war with Ukraine under this dogma was declared a truly “royal decision”, which “the people expected from the government.”

Putin had been compared to a tsar before, and not always ironically. For example, Tatarstan President Rustam Minnikhanov described him as “a courageous tsar” in 2012, but at that time, such theories did not get much traction with the general population. The difference now is that many of those who support Putin see him in that way, reinforced by him comparing himself to Peter the Great.

In Andrei Loshak’s documentary Breaking Ties, Russians who support the so-called “special operation” in Ukraine call Putin “our father” and make no secret that his opinion means more to them than the words of their own children.

Against this background, it is a matter of guesswork to understand what Dugin might mean by the institutionalization of Putinism. It is unlikely to center on further strengthening the cult of personality, which has already reached peak Stalinist-era personality worship. More likely that this is designed to ensure the regime’s methods (rather than its ideology, which is simply based on the need to remain in power) survive his death.

Since the expectations of Russian society have been distorted by propaganda, the elites around the president fear that, without action, the risk of such a collapse is very high.