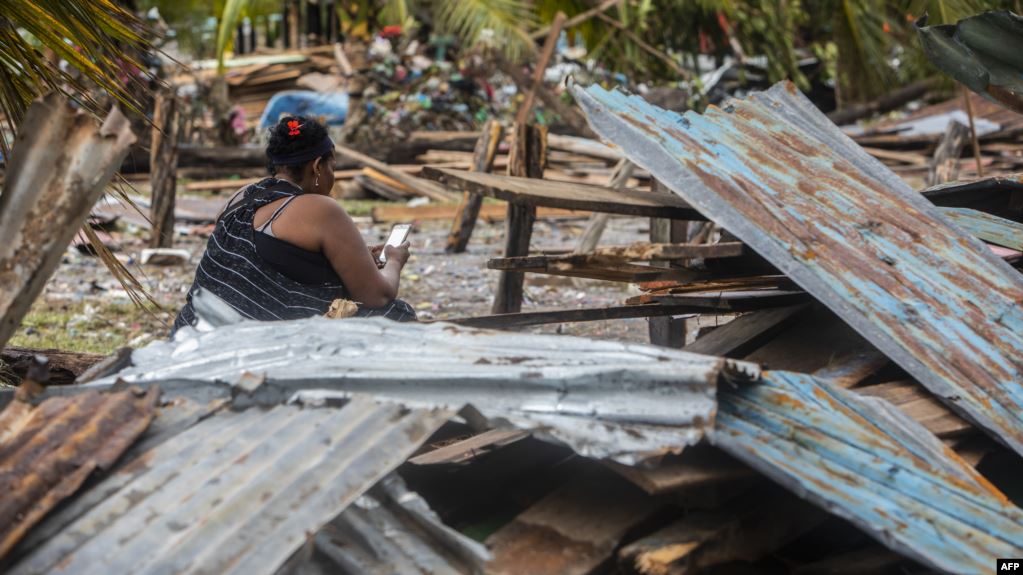 Daniel Ortega
President of Nicaragua
“Ah! Where deaths happened was in mining activity, but it was before the hurricane hit. … Some villages of the Miskito Communities were totally devastated, but there was not a single deceased there, why? Because they had evacuated on time.”
Source: El 19 Digital, November 8, 2020
FALSE

On November 3, Eta made a landfall in Nicaragua as a Category 4 hurricane – with roaring winds and rain that slammed the northern part of the country and left at least two people dead.

Five days later, Nicaragua’s president, Daniel Ortega, mentioned the situation in the country after Hurricane Eta during a speech commemorating Carlos Fonseca Amador – a Nicaraguan politician and founder of the Sandinista National Liberation Front (FSLN), who was killed on November 8, 1976.https://www.youtube.com/embed/sEzsZm615wQ?&&&fs=1&enablejsapi=1&rel=0

“The Hurricane, which has left repairable damage,” he said, turning to his wife and vice president, Rosario Murillo, and adding “because, what is the number of victims here in Nicaragua. The victims of the hurricane?”

Murillo spoke to Ortega, who, instead of completing his initial sentence, said: “Ah! Where deaths happened was in mining activity, but it was before the hurricane hit.”

His statement is false.

Multiple local and international news organizations have reported on deaths in Nicaragua caused by Hurricane Eta. Indeed, two gold miners in the city of Bonanza died on November 3, after “a mountainside unleashed tons of mud,” The Associated Press reported, adding that “a third miner escaped the slide and sought help.”

The deaths were also reported by the Nicaraguan newspapers La Prensa and Confidencial, which noted that they happened “twenty-four hours after Nicaragua’s disaster prevention system had issued a red alert for the municipality.”

Confidencial wrote that the director of the Center for Justice and Human Rights on Nicaragua’s Atlantic Coast, Juana Bilbano, had received information about a third death — of an 18-year-old, whose body was found on November 6 after the person was reported missing for 48 hours.

Bilbano also said the situation in northern Nicaragua is “inhumane,” with reports of “dire lack of food, mattresses and water in the shelters.”

On November 12, El 19 Digital, the Nicaraguan government’s official news site, tweeted that the “Sandinista government continues to deliver massive food, water, and supplies to all the families” in some communities affected by Eta.

By most accounts, Eta’s damage in the country has been vast. Thirty thousand people were evacuated. Nicaraguan authorities estimate that more than 1,700 homes were destroyed, and thousands were left homeless, including many in indigenous communities.

In his November 8 speech, Ortega said Nicaragua was “put to the test again” with Eta, as the country had been with other major hurricanes, including Hurricane Felix, a Category 5 (highest) storm that made landfall over Nicaragua and Honduras in 2007 and reportedly killed more than 133 people.

“Of course, Felix had a much greater impact, it destroyed the City of Bluefields … it devastated the Corn Island … it destroyed the Forests; but we managed to avoid deaths there,” Ortega said.

He went on to talk about the Miskito Indian communities, which were “totally devastated” by Eta, but without any deaths. “Why?” Ortega said, “because they had evacuated on time.”

Yet, La Prensa reported that in northern Nicaragua’s Bosawas region, indigenous communities like the Mayangnas and Miskitos did not receive notice of the hurricane’s arrival and thus faced heavy rain, winds and power outages in the middle of the mountains.

One Mayangna leader told the newspaper many indigenous people, unaware of the hurricane, went out to patrol their plots, and were stranded on the way back, as water levels in rivers rose. Those living on the banks of the river or in the lower part of the community took shelter in the church – one of the most “solid” structures.https://platform.twitter.com/embed/index.html?dnt=false&embedId=twitter-widget-0&frame=false&hideCard=false&hideThread=false&id=1325452917239910401&lang=en&origin=https%3A%2F%2Fwww.polygraph.info%2Fa%2Fhurricane-eta-hammers-nicaragua-but-not-in-ortegas-mind%2F30953403.html&siteScreenName=SomeAccount&theme=light&widgetsVersion=ed20a2b%3A1601588405575&width=550px

The Miskito communities live in one of Nicaragua’s poorest areas, and don’t have access to most of the resources concentrated in Managua, the capital. The communities received neither government aid nor evacuation help from the army, according to La Prensa.

It is not the first time Nicaragua’s indigenous communities have suffered as a result of natural disasters.

Hurricane Felix damaged or destroyed 8,000 houses in the municipality of Puerto Cabezas, on the Atlantic coast in eastern Nicaragua, and left 18,000 people in shelters. Many of them were Miskito, who reside “in stilt homes on island reefs and in small hamlets, surviving by fishing and diving for lobster.”

At least 32 people were missing after their boats capsized as they tried to flee the hurricane, AP reported at the time.

Eta affected more than 2.5 million people and killed hundreds of people across Central America. And it arrived at a dire time for countries battling through the coronavirus pandemic with weak health care systems.

Beyond Nicaragua, the hurricane caused damage in Honduras, Guatemala, Mexico, Panama and Cuba. With plantations wiped out, many people will suffer from food shortages, and government support is stretched thin due to recessions and the pandemic, The Economist reported.

Just two weeks after Eta wreaked havoc in the region, Central Americans are now bracing for Hurricane Iota, which is expected to hit Nicaragua on Monday night, November 16, also as a Category 4 storm. Nicaraguan officials said “1,500 people had been moved from low-lying areas of the country’s northeast,” including people in Cayo Miskitos, NPR reported.

In Billwi, one of the regions hit by Hurricane Eta, residents are concerned their homes will not stand up to Iota, The Associated Press wrote. It reported that “authorities warned that the risk was high because Iota would probably come ashore over areas where Eta’s torrential rains left the soil saturated with water and more prone to new landslides and floods.”