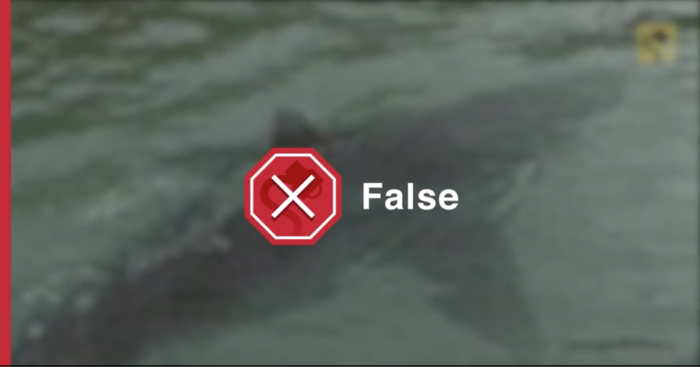 Bad videos can be persuasive, too.

By Christye Sisson, for NiemanLab

Lots of people — including Congress — are worried about fake videos and imagery distorting the truth, purporting to show people saying and doing things they never said or did.

I’m part of a larger U.S. government project that is working on developing ways to detect images and videos that have been manipulated. My team’s work, though, is to play the role of the bad guy. We develop increasingly devious, and convincing, ways to generate fakes — in hopes of giving other researchers a good challenge when they’re testing their detection methods.

For the past three years, we’ve been having a bit of fun dreaming up new ways to try to change the meaning of images and video. We’ve created some scenarios ourselves, but we’ve also had plenty of inspiration from current events and circumstances of actual bad guys trying to twist public opinion.

I’m proud of the work we’ve done, and hope it will help people keep track of the truth in a media-flooded world. But we’ve found that a key element of the battle between truth and propaganda has nothing to do with technology. It has to do with how people are much more likely to accept something if it confirms their beliefs.

When we make our fakes, we start by collecting original, undoctored images and videos. Those not only offer raw material for us to manipulate the images but also include the data stored in authentic media files — sort of like a technical fingerprint that accompanies every piece of media that describes how and when it was taken, and with what tools.

That information helps us craft fakes that look and act as much as possible like real material, in both visual evidence and digital artifacts. It’s an ever-changing challenge, as new cameras go on the market and as researchers develop new techniques for digital forensic analysis.

What we create are then sent to other research partners in the larger effort, to see if they can tell what we’ve done and how we’ve done it. Their job is not just to determine whether it’s authentic or fake — but also, if possible, to explain how the fakes were made. Then we compare the results to what we actually did, and everyone learns; we learn how to make better fakes, and they learn to detect them.

Bad videos can be persuasive, too

While my team and I were being as exhaustive, technical and methodical as we could be, I couldn’t help but notice the terrible quality of manipulated images and videos that were spreading online and in the media. We prided our work on being as convincing as possible, but what we were seeing — like fuzzy images and slowed audio of Nancy Pelosi — wouldn’t come close to passing our standards.

As someone with a background in the nuts and bolts of photographic technology, I was truly shocked that people seemed to be persuaded by images and video that I could easily identify as altered.

Seeking to understand what was going on, I took very unscientific straw polls of family and friends. I learned anecdotally what sociologists and social psychologists have shown in more scholarly explorations: If the image or manipulation supports what someone already believes, they often accept it unquestioningly.

Fake photos are common, purporting to show an NFL player burning a U.S. flag in a locker room, a Parkland student tearing up the Constitution, a shark swimming down a highway, and much more. They are all terrible manipulations, technically speaking. But they are sensational images and often have a specific political angle. That has helped them gain tremendous traction on social media — and resulting news coverage.

Adapting to the modern media deluge

There may be another reason people believe what they see online. I asked my teenage son why he thought people fell for these awful fakes while I was working so hard on the effort to detect better ones, his answer was straightforward: “You can’t trust anything on the internet. Of course I wouldn’t think it’s real, because nothing is.”

I was surprised by his response, and suppressed a motherly comment about cynicism when I realized he has grown up digesting imagery at a pace unmatched in human history. Skepticism is not only healthy for that level of inundation, but likely key to surviving and navigating modern media.

For my generation and generations before, particularly those of us who saw the transition from film to digital photography, the trust in the image is there to be broken. For my son and subsequent generations raised on media, the trust, it seems, was never there in the first place.

When people talk about fake imagery, they often leave out the basic concepts of media literacy. Fear and panic grow as people imagine watching fake videos where someone says or does something that never actually happened. That fear is founded on the longstanding principle that seeing is believing. But it seems as though that old axiom may not be true anymore, given how quick people are to believe phony imagery. In fact, some research indicates fake news may be driven by those more likely to accept weak or sensational claims — who also, ironically, tend to be overconfident in their own knowledge.

Adapting to the modern media deluge

I do have faith that my group’s work and that of our research collaborators will help detect technologically advanced fakes. But I am also developing a growing faith, based on both my son’s experience and the students I work with, that today’s young people, and future generations, may just be better at consuming and responding to imagery and video.

The skepticism they have been raised on is a far more sophisticated type of media literacy than what many of us are used to, and could even herald a cultural shift away from relying on images or video as “proof.” They don’t believe it until they have proof that it’s real, instead of the other way around.

In the meantime, while researchers get better at detection and adults try to catch up with what the kids already know, it’s best to be skeptical. Before reacting, find out where an image came from and in what context. When you see someone share an awesome or sensational or world-changing image or video on social media, take a moment before sharing it yourself. Perform a reverse-image search to identify where else that image has appeared. You might even stumble on a trusted source reporting that it’s actually a fake.

Christye Sisson is an associate professor of photographic sciences at the Rochester Institute of Technology. She has received funding from PAR Government Systems, a U.S. Department of Defense contractor, for the creation of a dataset of high provenance images and video, and the generation of manipulated media from this dataset. A version of this post was originally published on The Conversation.

A shark did not swim down a highway following a hurricane.

By Christye Sisson, for NiemanLab