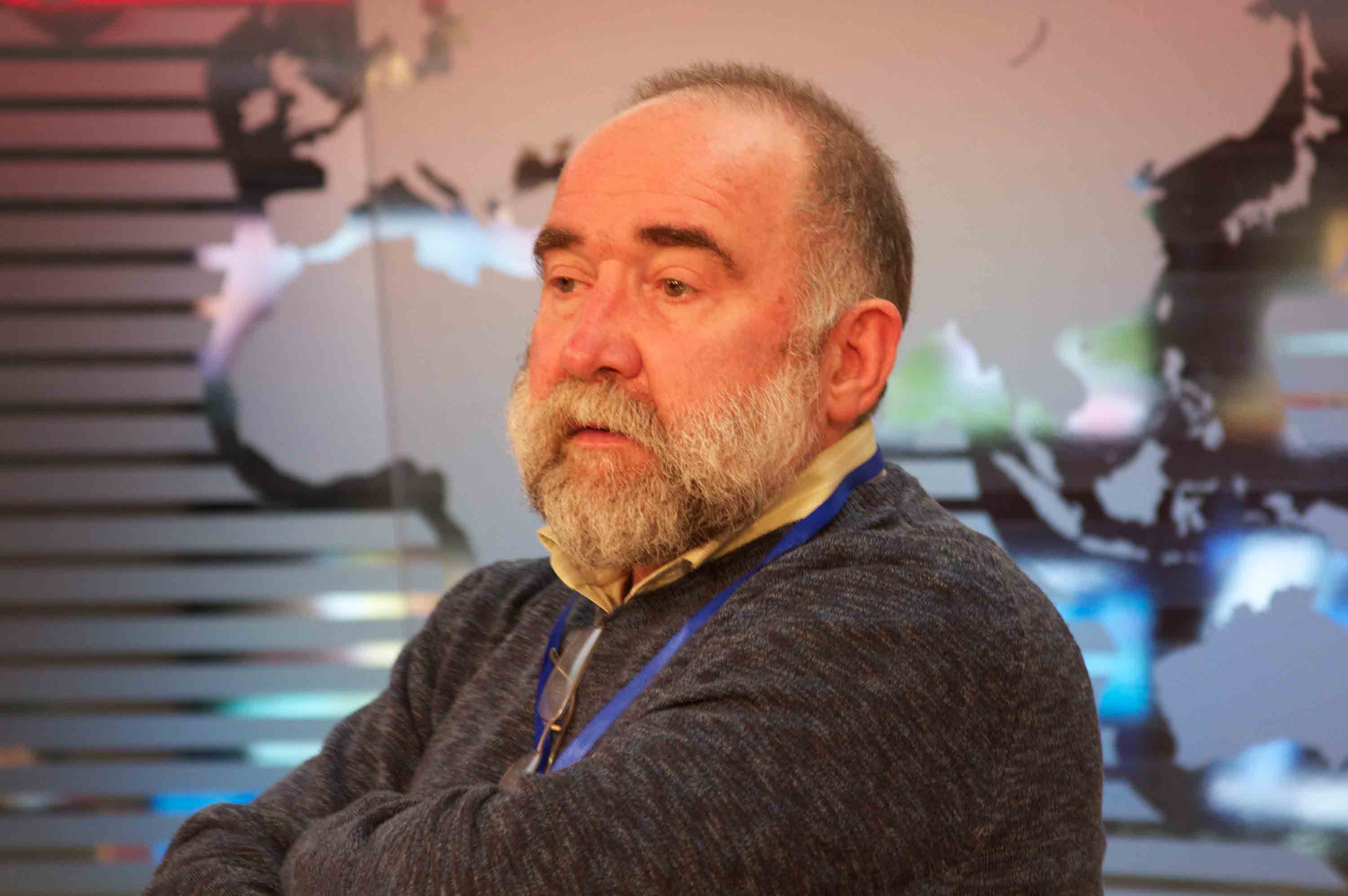 Government-controlled television is such a dominant player in Russian life that if the TV didn’t show Putin for two weeks and in the third said he is a criminal who had unleashed war, the Russian people would say “yes, we are against Putin,” according to Oleg Panfilov, a specialist in information policy.

In an extensive interview with Kyiv’s “Den’” newspaper, Panfilov, who organized Georgia’s counter-propaganda effort in 2008, discussed how this situation came to be and what its consequences are for the future not only of Russia but also of the countries around it (day.kiev.ua/ru/article/obshchestvo/v-rossii-varvary).

Boris Yeltsin had used some of the possibilities of information war in the 1990s, but the full exploitation of this arm came only with the rise of Vladimir Putin who within two years “was able to completely form a common television space like in the USSR, “one with a single view on reality.”

To be sure, Panfilov continued, Putin left some “little windows” like Ekho Moskvy and Dozhd in the electronic media and “Novaya gazeta” and occasionally “Kommersant” in the print media, but only a miniscule percentage of Russians use them. The overwhelming majority rely on television alone. And Putin understands that perfectly, the expert said.

Because of the dominance of television in Russia, Panfilov argued, “in Russia there is no such thing as sociological opinion. Poll results from there are not to be trusted: four of the five major polling agencies work for the government, and there is no freedom of information so people rarely have the chance to hear competing versions of reality.

“Ninety percent of Russians receive their information from television,” he said. “So that if the information policy on television were to change, if for two weeks, TV didn’t show Putin and in the third said that he is a criminal who has unleashed several wars, the people would say, yes, we are against Putin.”

The situation in Ukraine is entirely different, he continued. There and especially among the young in Kyiv, people rely far less on television. In Russia, TV remains dominant not only because of “Soviet tradition” but because it is free and hard-pressed Russians are not inclined to spend money on alternatives.

Speaking more generally, Panfilov said, “Russia is an artificial country, which was created as a result of wars of conquest.” The same is true of what people call the Russian nation. It grew at a pace that was possible only by reclassifying others as Russians and their lands as Russia.

Thus, he argued, “the ethnonym ‘Russky’ is not a noun as is ‘Ukrainian,’ ‘Armenian,’ and ‘Georgian’ but rather an adjective.”

Being an artificial country and nation is not necessarily a bad thing, he said. “There is in the world another artificial country – the United States – but it has a [national] idea, that of freedom and democracy. Russia does not have anything like that” but rather remains the product of “forcible mental assimilation.”

Consequently, “the salvation of Russia is in its collapse.” Not only the non-Russians within its borders must acquire freedom and independence but also many who are now called Russians but who are in fact different, such as the Siberians and the people of the Urals, must as well. How this will happen is difficult to predict.

Given the nature of this artificial country with its artificial nation, “it is completely useless to argue with them about something. This is a community of people who will never recognize anything,” Panfilov said. Instead, they steal from others and then claim it as their own. As such they are barbarians, something they regularly accuse others of being.

Turning to the Ukrainian situation, Panfilov said that “in Ukraine there is a very poor state information policy. It should not look like Russian propaganda,” but it must take into account the situation in the country now. In Georgia, Russian propaganda failed because Tbilisi blocked Russian television and because many Georgians don’t speak Russian.

Ukraine is different: there are many Russian speakers, and they are affected by Russian television. As a result, many are uncertain about what is going on because they hear Moscow’s version of reality and then only later hear the facts of the case. Kyiv must do more to get its message out given that Ukraine has been invaded and needs to be united, Panfilov said.

Ukraine has fewer problems getting its message out abroad than many in Kyiv think. The reason such people think believe Ukraine is suffering there is that they get their information from Moscow sources and thus are inclined to think that people in the West are entirely on the side of Russia. That is simply not true. Most in the West back Ukraine as time will show.

But both domestically and internationally, Ukraine does face one serious challenge that Georgie did not: the rise of Internet trolls and other web operations. Vladislav Surkov understand this and are using it to build on the experience they gained in the information war against Georgia in 2008.

But the impact of information war can sometimes be “very long” because “if weapons can kill only physically,” the expert said, propaganda and disinformation can “morally harm all at once several generations.”