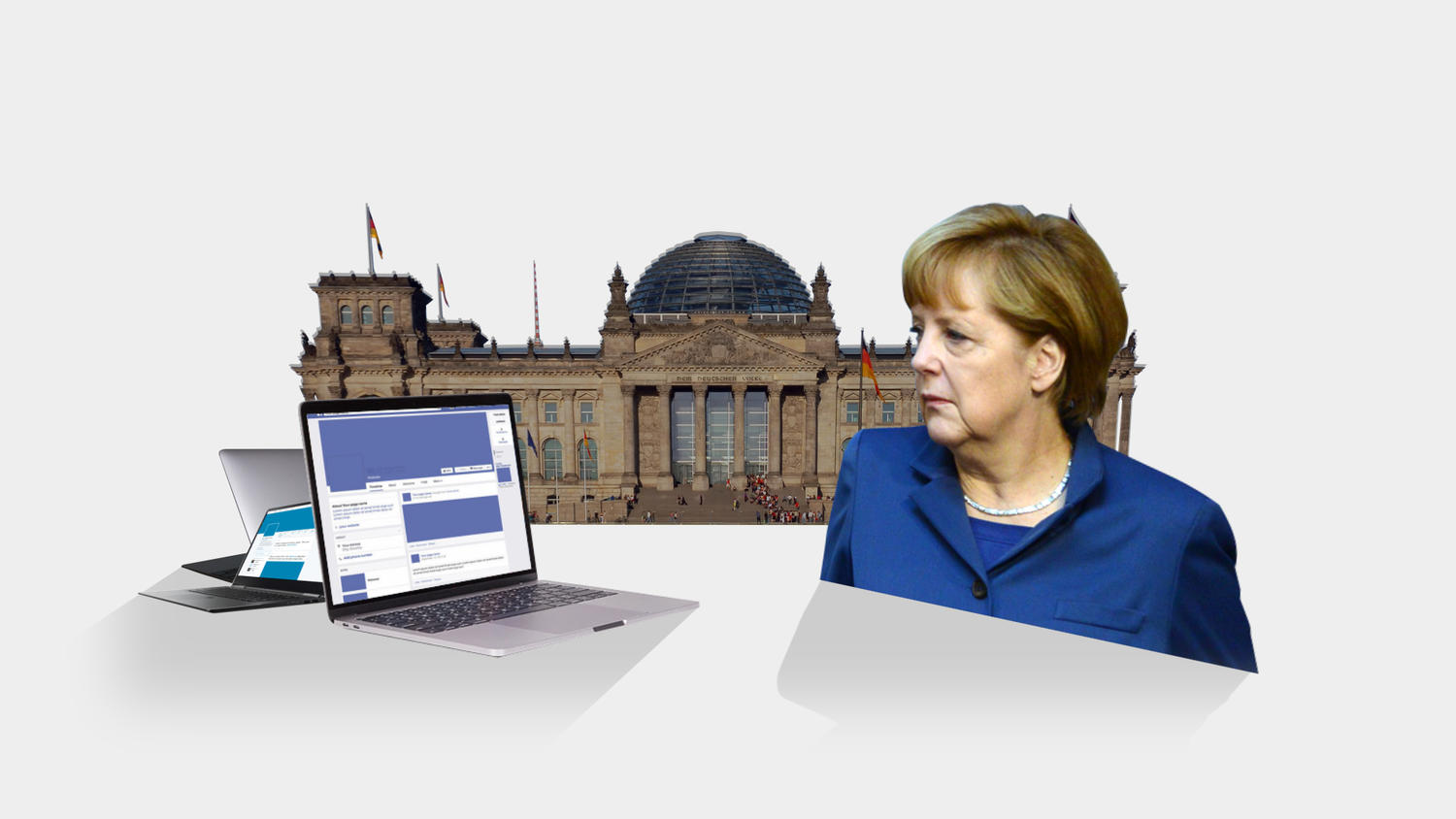 Some in Germany want social networks to decide what news is fake or ever illegal. It may not be so easy

Nowhere in the world did the lessons of Russian interference in the U.S. election hit home as they did in Germany. In the aftermath of President Donald Trump’s victory, Chancellor Angela Merkel repeatedly warned that foreign powers could also meddle in Germany’s upcoming autumn election.

Intelligence chief Hans-Georg Maassen went further, detailing fears of a Kremlin-led “targeted disinformation campaign” using a combination of cyber-attacks and false news stories. In the ensuing panic, German politicians started scrabbling for a solution. But an attempt to force social networks to police false news on their platforms has become mired in controversy.

The bone of contention is a proposed “law against ‘fake news’” which would force social networks to remove false reports from their platforms. The suggestion was met by immediate outrage from tech groups and journalists, who said it would usher in online censorship on an unprecedented scale.

Hastily backtracking, German Justice Minister Heiko Maas in March unveiled proposals for a “network enforcement law,” which would force networks to quickly review and delete “hate crime and other illegal content,” which are already banned under German law.

“After the experiences of the U.S. election campaign, the fight against illegal false reports (‘fake news’) in social networks is now a high priority in Germany,” reads the legislation currently awaiting EU approval.

“Illegal false reports,” the draft stipulates, are those that break existing German laws on “hate speech, libel, defamation, or disturbing the peace by simulating a crime.” The proposals aim to force social networks to police this content.

In past years, there has been an increase of “fake news,” including “xenophobic fakes” across German social media, according to Hoaxmap, a project that compiles fake news about imaginary crimes committed by migrants.

“We can’t constantly monitor all the sources repeatedly spreading rumours about refugees,” said Hoaxmap fact-checker Lutz Helm. “There are just too many.”

Helm first noticed fake stories about migrants appearing online in late 2015 after the entry of a million asylum-seekers into the country. Today, he says, social media accounts play a larger role in spreading fake information than unscrupulous news portals.

The pressure is on. If adopted, Maas’ proposals would force social networks to quickly delete any flagged illegal content or face fines of up to $56 million.

It is not clear how many of the hundreds of fakes identified by Hoaxmap would fall under the “illegal false reports” category in the proposed law. However, lawyers and politicians say networks have long failed to deal adequately with user complaints about such content.

“[Networks] are still ignoring our laws,” German politician Renate Kuenast told Spiegel Online last December after finding herself at the center of one of several high profile fake news cases in recent months.

Despite massive pressure from her team, Kuenast claimed it took Facebook three days to remove a photo of her with a fake quotation suggesting she had defended an asylum-seeker suspected of raping and killing a German student in Freiburg.

Then, in March this year, Facebook won a case against Anas Modamani, a Syrian asylum seeker whose selfie with Angela Merkel was shared thousands of times over months by users falsely suggesting he was an Islamic State terrorist.

Although the network removed all specific posts identified by Modamani and his lawyer, a German court ruled that moderators didn’t have to prevent the libellous material reappearing on the site.

This is what forced German politicians to take action. “Still too little illegal content is being deleted. And it isn’t being deleted fast enough,” said Justice Minister Maas in a statement presenting his draft law in late March. “We have to ramp up the pressure on the social networks.”

And the pressure is on. If adopted, Maas’ proposals would force social networks to quickly delete any flagged illegal content or face fines of up to $56 million (50 million euros). Moderators would have 24 hours to delete “obviously illegal content” and seven days to delete anything needing longer consideration.

But critics of the law say that when it comes to “fake news” it’s unreasonable to expect networks to determine the truth — and therefore the legality — of suspect content.

“This law would force private companies instead of courts to decide which content is illegal in Germany.”

“In many cases, it just isn’t possible to identify within such a short timeframe what’s “obviously illegal,” said Dominik Hoech, a Berlin-based lawyer specialising in copyright and media law. “Sometimes we spend months in court arguing over questions of ‘true or false.’”

Complicating matters further, social networks are reluctant to acknowledge that some false reports or “fake news” could under any circumstances constitute illegal content to be removed or blocked from their sites. Facebook, for one, appears unconvinced.

In April, the network announced a series of collaborations with fact-checking teams designed to halt the spread of “fake news.” A new feature would allow users to flag a story as suspect and send it to the fact-checkers. But if the story is found to be false, the content wouldn’t be removed. Instead, users sharing it would be warned it is disputed and shown an article presenting the facts.

When asked about Germany’s plans to force networks to delete illegal content, Facebook was keen to distance its anti-fakes campaign from its recently-expanded Community Operations Team — moderators who review and remove flagged content from the site. Neither team, it stressed, should or could decide whether a post was legal.

“We’re working hard to remove illegal content from our platform and are determined to solve this problem,” said a Facebook spokesman in pre-prepared written statement. “As experts have already established, however, this law would force private companies instead of courts to decide which content is illegal in Germany.”

Meanwhile, fact-checkers contracted by Facebook in Germany to check posts flagged as suspect say their role is only to establish whether disputed content is true, not whether it is legal. That’s despite legislators’ claims that when it comes to potentially libellous “illegal fake news,” truth and legality go hand in hand.

“The [new] rules have no influence on the work we do,” said Jacques Pezet of Correctiv, a German non-profit investigative newsroom now working with Facebook to look into potentially false news stories. Pezet said his team aims to decide the veracity of the disputed content within a week, but that that wasn’t always possible.

“Fact checking needs time. We don’t want to spread unchecked information ourselves,” he said. “That’s why I think the 24 hour or seven-day timeframe shouldn’t have any influence on us.” And anyway, said Pezet: “We don’t delete anything. We have nothing to do with deleting obviously illegal posts. That’s the job of the moderators.”

Given this confusion over the legality of “false news,” sceptics say it’s unlikely the proposals will be approved in their current form.

“In many places the [draft] law appears fairly crude,” said Hoech. “But the critics also deserve some criticism. It’s no small matter if someone, for example, is wrongly branded a criminal online and it is shared thousands of times. Facebook and others have done next to nothing for too long — the problem has been ignored.”