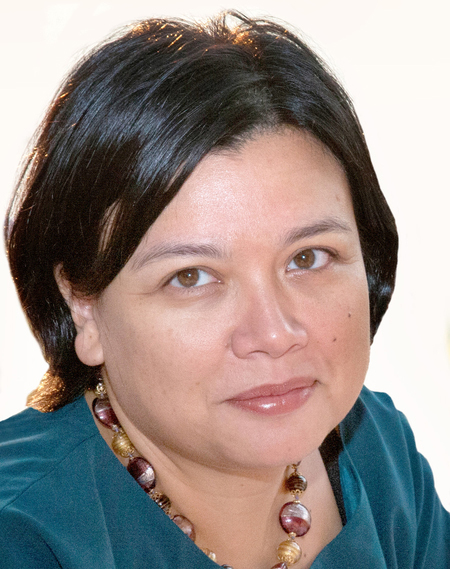 By Natalia Ishchenko, for Den

For a month now, there has been a scuffle and a brawl in media circles around a conflict between the StopFake project team on the one hand, and the community around  the ‘Zaborona’ website and Kateryna Sergatskova personally, on the other.

At first glance, it may seem that we are talking about another “media war”, which has become a common thing for the Ukrainian journalist community, as well as a common verbal confrontation between a homegrown (conditional) left and a  (conditional) right. But not this time.

In this case, it is not about a media battle, nor is it about an ideological discussion. It is about a special information operation – a hybrid attack of the Russian Federation, which few have identified because of excessive focus either on the persons – participants of the battle or on specific details of this public confrontation.

Seventy-five years ago, TASS photojournalist Yevgeny Khaldei, working on the editorial assignment, found himself in Berlin the first days after the end of the war. “By that time, the Red Army had already taken Berlin and set the flag – but Khaldei did not record that historical moment,” wrote the Russian newspaper “Argumenty i Fakty” in April 2014. “When the war correspondent approached the shooting location, the fighting had long since died down, and there were many flags on the Reichstag.” But the photos “had to be taken.” Then Khaldei “decided to shoot several staged reporting photos.” First (as the Zvezda TV channel claimed in March 2017),  the photographer made a red flag “overnight from a tablecloth.”

Then, according to Russian newspaper “Argumenty i Fakty”, he “asked the first soldiers he met to help him: climb the Reichstag, set a flag with a hammer and sickle and pose a little.” They agreed, and … Further events “Argumenty i Fakty” describes as follows:

“The photographer found a good shooting angle and shot two rolls of film. His characters were the soldiers of the 8th Guards Army – Alexei Kovalev (planting the flag) Abdulhakim Ismailov and Leonid Gorichev (assistants). Then the photo reporter took off his flag – he took it with him – and showed the photos to the editors. According to the daughter of Yevgeny Khaldei, TASS “received the photo as an icon – with sacred trepidation.”

When the photo was about to be published, the editor suddenly noticed something and refused to publish it. Apparently, the soldier Ismailov was wearing a watch on each hand: one was his own, the other was a looted trophy. It could not be allowed that in the Soviet Union, a soldier turned out to be a marauder and took something from the enemy. And the photo was urgently “corrected” –  the second watch was scratched off the film with a needle.

Despite all the difficulties, the photo was published and immediately became a symbol of the Soviet Union’s victory.

Seventy-five years after the capture of the Third Reich capital by the Soviet army, in May 2020, the social network Facebook began to delete the Yevgeny Khaldei’s photo “The Victory Banner over the Reichstag”, and the posts of users who posted it, and to ban some accounts due to the publication of this photo.

Knowing the history of this photo, one could easily explain this by referring to the photo to the category of fake messages. But during the blocking and deletion of posts with an image, another message appeared – that the publication was “hidden” because it violated the “community norms regarding dangerous people and organizations” As noted, these rules are designed “to prevent harm to anyone in the real world.”

After a flurry of outrage in the Russian segment of the social network, a Facebook spokesman said: “This content was mistakenly removed by our automated detection tools and has now been restored. We apologize to users for the inconvenience caused by this. “

Despite this compensation, the Russian “knights of the cloak and dagger” decided not to forgive the social network of this attack and use the situation to attack the “hostile” Facebook.

The journalist of the Sputnik agency, which is part of the federal state-funded Rossiya Segodnya international news agency, Leonid Sviridov, who was banned for publishing this photo, called the actions of Facebook “common fascism.” Sviridov (by the way, he was deprived of his accreditation in Poland in 2014 at the request of the Security Agency of this country) said that it was a planned mass action and not a technical error.

“FB bans a photo of a Soviet soldier setting a flag over the Reichstag. What do the descendants of the winners do in response, what does the country that defeated fascism do? Nothing. Shameful. It is more shameful with each day”, the editor-in-chief of MIA “Rossiya Segodnya” Margarita Simonyan wrote in Telegram.

Straight after the message “from the center” (about “fascism on Facebook”) on May 11, the website Ukraina.ru (which is also part of the ‘Rossiya Segodnya’ holding) publishes their “investigation” under the title “Nazis on service in the American social network.”

The author of the article points to the “remarkable,” in his words, HR policy of Facebook. “In 2019, it became known that Kateryna Kruk became Facebook’s Public Policy Manager for Ukraine. …This Ukrainian woman worked for  “Svoboda” nationalist party (she was an assistant to the “Svoboda” deputy Ihor Shvaika),” notes Ukraina.ru.

“In general, Facebook’s HR policy is quite articulate. And it does not give grounds to talk about the impartiality of the moderation of Russian-language content in this social network,” states the publication.

Later, the topic of the “anti-Russian conspiracy of the Nazis on FB” gradually disappeared from the information environment. But it was not forgotten.

In early July, the “independent publication of a non-news format” ‘Zaborona’ that focuses on Eastern Europe but works in Ukraine, joined the Kremlin propagandists to cover the story.

‘Zaborona article is called “Facebook blocked ‘Zaborona’ on criticism of neo-nazis. It turned out that the Ukrainian fact-checkers of the social network are close friends with them. “The story begins with the words: “At the beginning of 2020, Facebook chose two partners in Ukraine to counter fake and disinformation, – apart from VoxCheck, the social network chose StopFake, an Internet project that has been exposing Russian propaganda since 2014. This decision is seen as ambiguous because StopFake representatives are friends with well-known far-right figures, among whom there are people convicted of murder motivated by hatred. “

Further, the publication tells about the “connection with “neo-nazis” and “odious far-right radicals” of Yevhen Fedchenko, one of the founders and editor-in-chief of the project and “the main person of StopFake” Marko Suprun, the husband of the former acting Minister of Health Ulana Suprun.

Do you recognize it? Again, it is “fascism on Facebook” and “Nazis on the service of the American social network”!

In fact, the publication of ‘Zaborona’ became part of an information attack on Facebook launched by the Kremlin propagandists. The similarity of the titles can be seen without even knowing the basic principles of content analysis.

Here we talk not only of a purely informational special operation.

In addition to Russian state media, Facebook and its Ukrainian partners were also attacked by the media of Russian businessman Konstantin Malofeev who is considered the main “sponsor” of Russia’s annexation of Crimea and the initiation of the war in the Donbas. One detail – Igor Girkin (Strelkov) – was officially his subordinate.

Malofeev has been under US sanctions since late 2014. On July 28 this year, the businessman’s Tsargrad TV channel YouTube account was blocked for violating US sanctions laws. But the channel’s website works, including in Ukraine.

Literally on the same day, with a critical text about the Ukrainian anti-fake initiative on ‘Zaborona’ a similar article was published on the “Tsargrad” webpage about how they wrote StopFake and the “Kyiv-Mohyla trolls” “wag the dog” “in the face of Facebook and others, moreover working in the interests of Ukrainian nationalists”. The authors cite in the article various examples of unfriendly attacks by the social network and its partners from Ukraine against the TV channel. This “bias” is explained, of course, by the influence of far-right radicals.

You will laugh, but “Tsargrad” found a … yes, “Yarosh’s business card” at the Ukrainian fact-checkers! “The fact-checking site StopFake.org was launched on March 2, 2014. Its creation was initiated by professors, alumni, and students of the Mohyla School of Journalism. … The Mohyla School of Journalism was headed in 2001 by a certain Serhiy Kvit, “who, as the article states, is a friend of Dmytro Yarosh.”

Of course, the editorial team of ‘Zaborona’ could independently address the “important and relevant” topic of  “Nazis on Facebook,” without coordination “from the Center,” only for reasons of public interest and personal civic position. But even if you believe in this incredible coincidence, you still have to admit the following: as a result of either a coordinated campaign or the convergence of interests and views of Russian and Ukrainian representatives of “one profession,” meanings and narratives of “hybrid troops of the Kremlin ” were transmitted to the domestic media literally “from within.”

However, I would not like to idealize StopFake in this situation and the idea of ​​combating false news with the help of their endless refutation. Once I wrote that anti-fake activism was nothing more than an attempt to chase sunbeams. The problem is not in the “fake news” itself, but in the fact that someone produces and distributes it. The hunt for “sunbeams” will continue until someone who holds a “mirror” in his hands get tired of being prevented from broadcasting his messages to the world, and decides to take this player out of the game. The situation which, in fact, we are now observing.

As the example of the “Victory Banner over the Reichstag” showed, Russians are ready to desperately fight for their right to continue spreading “their point of view” and “their truth.” They will stubbornly and systematically fight against a social network that prevents them from freely broadcasting their – Soviet or Russian – version of reality. They will look for allies and volunteers for this and conduct large-scale information operations …

Unfortunately, the story “how “Zaborona” and StopFake had a falling out” is not a sad “soap opera” with threats and scandals, personal attacks, and detective plot twists (editor of ‘Zaborona’ Kateryna Sergatskova said that she left Ukraine after she received the death threats”). This “movie” is about how a Russian special operation can be easily and simply implemented in the Ukrainian media scene, how imperfect and vulnerable the methods of countering information threats in the post-truth era are, and how global and zealous the current hybrid confrontation is.

By Natalia Ishchenko, for Den