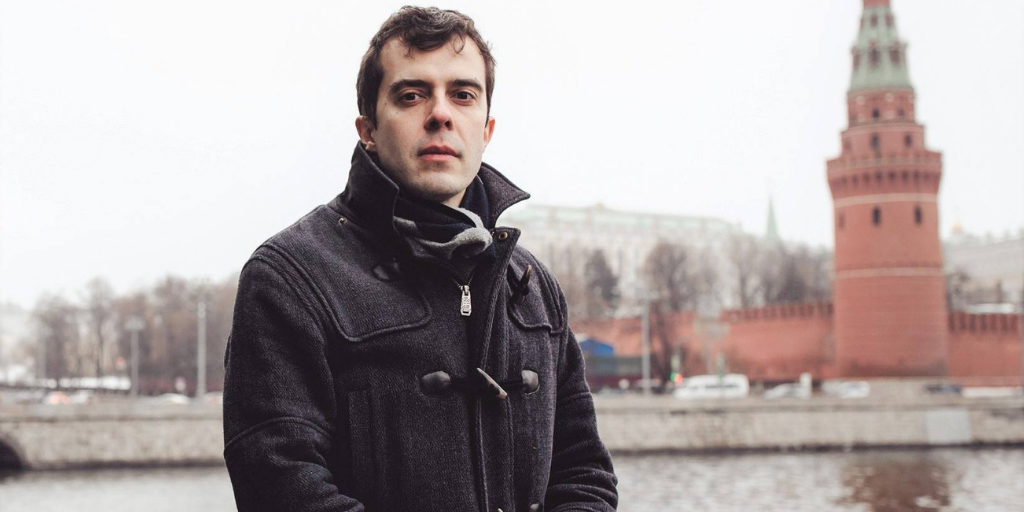 Roman Dobrokhotov is a Russian journalist and the editor-in-chief of the independent outlet The Insider.

He has earned international recognition for exposing government-sponsored disinformation in Russia, often working together with international partners. Notably, The Insider’s collaborative investigation with Bellingcat into the chemical attack in Salisbury in March 2018 received this year’s European Press Prize Investigative Reporting Award.

In this exclusive interview, Roman Dobrokhotov shares his reflections on the nature of the disinformation campaign in Russia. He also tells how his work has resonated inside and outside Russia and why he is not very concerned about his personal safety.

Q. First a question about terminology. Which term do you prefer: propaganda, fakes, disinformation? Or another term?

A. Disinformation and propaganda are two completely different things. Propaganda highlights events which are favourable to the authorities, while disinformation spreads falsehoods. As a rule, disinformation is intentional – it is deliberately spread by someone who knows that he or she is deceiving the audience.

The term “disinformation” became widespread after the Cold War, and it was taken from the Soviet lexicon. It is very much a Soviet concept, which was used not only in the context of the media, but also in the context of the work of the KGB: there were special units of the KGB which engaged professionally in disinformation – by the way, they still exist nowadays, just in a different form. There are parts of [Russia’s military intelligence agency] the GRU whose task is to officially conduct disinformation campaigns.

The 2019 European Press Prize Investigative Reporting Award was awarded to The Insider and Bellingcat for their collaborative investigation, “Unmasking the Salisbury Poisoning Suspects: A Four-Part Investigation.”

Q. Do you think that the situation with disinformation is special in Russia, or can it be compared with the situation in other countries?

It can be compared with the situation in those countries that share the Soviet ideological heritage – like China, for example, which borrowed a lot from the USSR.

Something similar may exist in different authoritarian countries, even if they have not taken over anything from the Soviet experience. The very logic of the existence of such states in the modern information environment implies that they have to limit their citizens’ access to information, disseminate defamatory information about enemies and beneficial information about themselves.

Q. What purpose or purposes does the disinformation serve, in your opinion? If it is possible to generalise?

A. The main goal is to discredit the enemy or bring discord into the enemy camp. Disinformation is in fact a military concept: when you spread propaganda and disinformation leaflets behind enemy lines, you do it because you consider it part of an “information war”.

Again, comparing with China: even though China is a totalitarian country, there is still no feeling of a war with the West, at least not today. In China, the propaganda does not describe China’s position in the world as a state of war, it does not claim that the country is surrounded by enemies. The Chinese have a different agenda: They underline how they are different; that they have an ancient culture; that they are a big country and so on. In other words, they advertise themselves in a more positive context.

The first association with the situation in Russia will rather be North Korea, which also supports a “besieged fortress” ideology: they also like to conduct hacker attacks, disinformation campaigns and shameless propaganda. 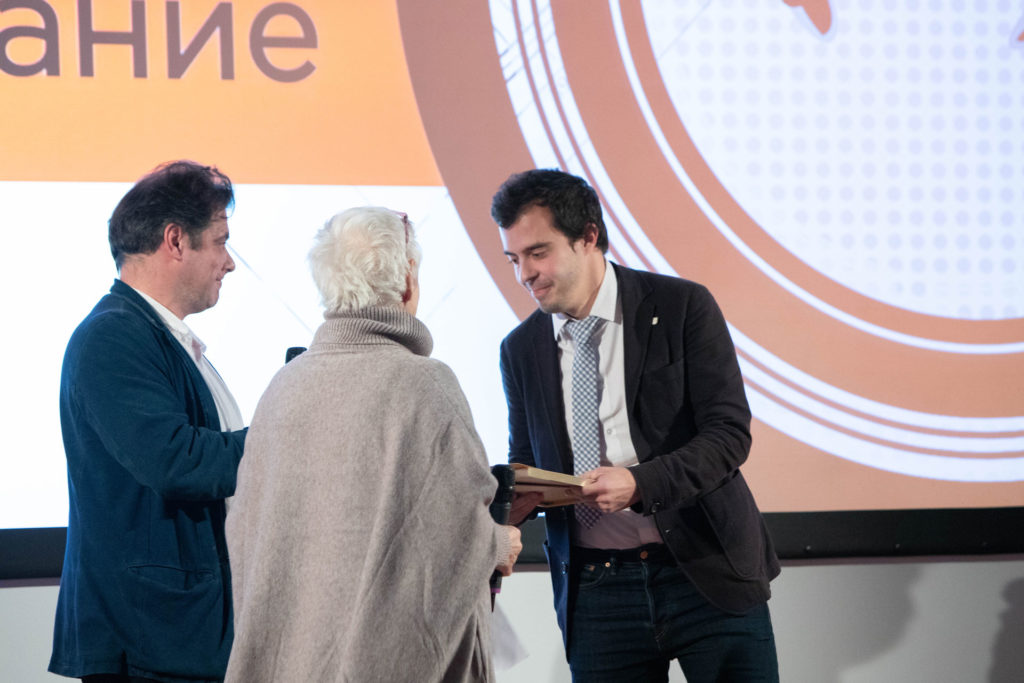 In 2018, Roman Dobrokhotov received the Journalism as a Profession award in the Investigative Journalism category for the investigation into the Salisbury attack.

Q. You have been doing investigative journalism for a long time. Can you give an example of how you have exposed disinformation and other problems, and to what this exposure has led? Has your exposure ever had concrete consequences?

A. “The Insider” has been doing investigative reporting since 2013, so we have published a huge variety of different stories, with a wide variety of resonances.

When we have written about local issues in Russia, we know that as a result of our articles, different sorts of crooks have faced criminal charges. This happens rarely, of course, but there are such examples. These stories have usually had to do with social topics; in a case when we, for example, wrote about an orphanage, then we saw that the local authorities took care of the problems.

There are also more politically sensitive topics, but in those cases it is clear that we cannot make a big difference; if the state were to react, it would mean that it would not be an authoritarian state anymore. 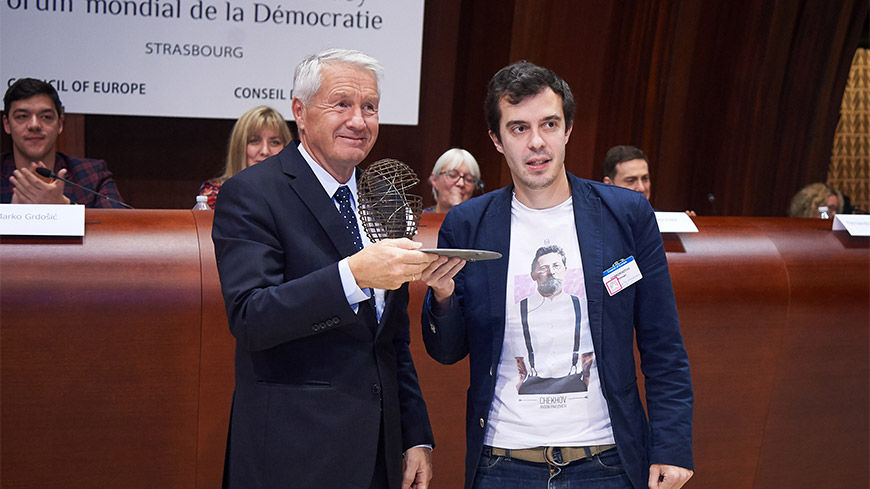 And then there are our international investigations; obviously, they are the ones that have the greatest effect. When we cover something that happens in Western countries, the democratic governments there are more willing to react to the hype in the press, they carefully read everything that is published, and try to somehow rectify the situation.

For example, when we saw that one of the participants in the Salisbury case had also been in Poland and Bulgaria, when the businessman Gebrev was poisoned, then after that the special services of these two countries began to cooperate, exchange information and realised that we were talking about a Russian strategy, and that these were not just two random episodes.

There are many such examples. In Spain, the law enforcement agencies have also used the information that we provided on the GRU officers who traveled to Barcelona.

But the reaction is not always very strong and the one we expected; for example, in Germany, after we were able to link an assassin with the Russian special services, the investigation did not reach the political level, and they are still trying to hush up this case and investigate it as if it was just a criminal incident.

In other words, the democracies are also different and show varying degrees of courage, but we have nothing to complain about in terms of resonance, despite the fact that our media outlet is rather small. In general, when we look at the citations of our work and at the influence we have, we see that reactions are quite strong. 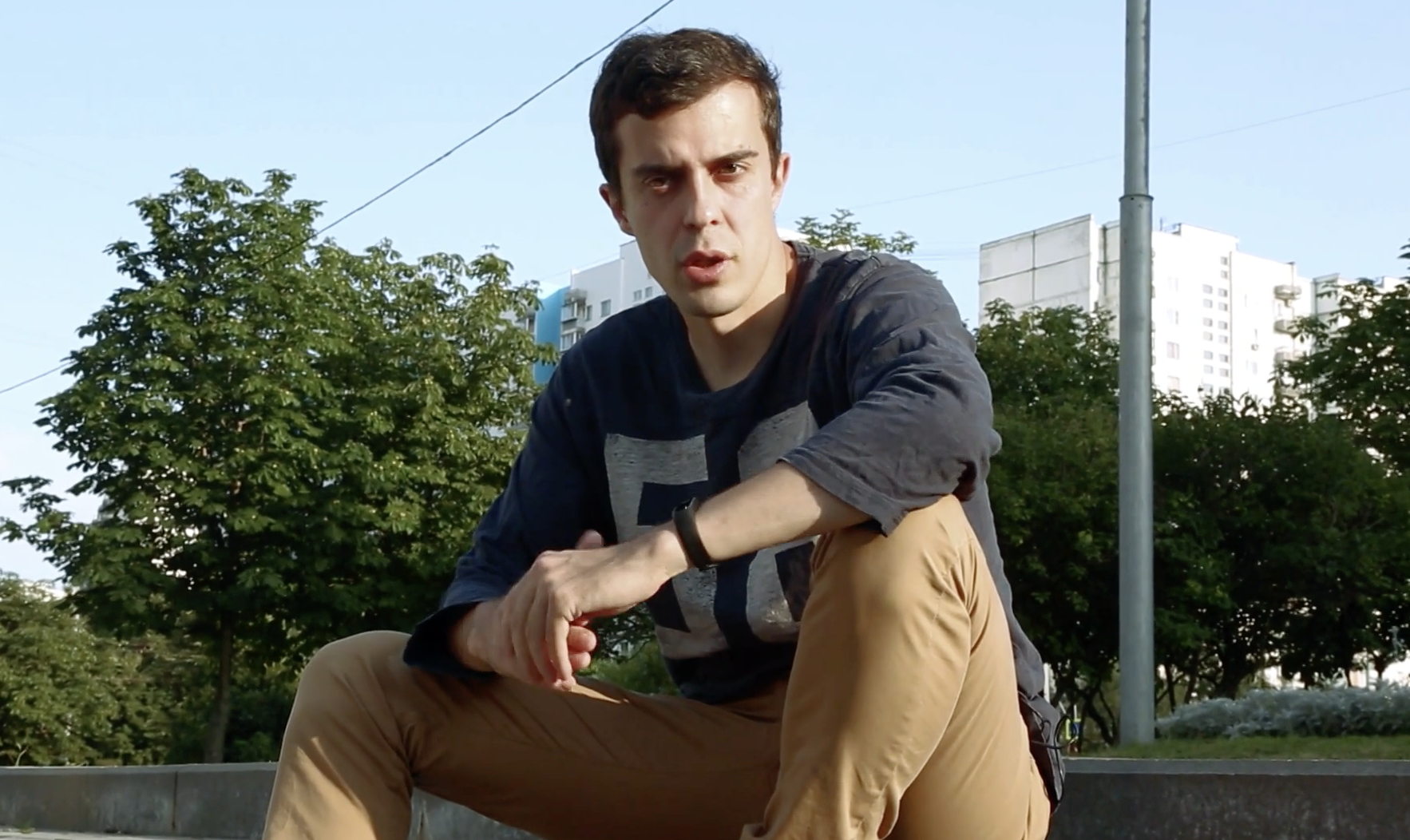 In the 2018 documentary Factory of Lies, Roman Dobrokhotov was one of a number of Russian journalists who told about uncovering the hidden processes of disinformation campaigns coming from Russia.

Q. So do you think that journalistic investigations and exposure can pose a significant threat to disinformation? Or compete with it?

A. We have a separate section on our website called “Anti-Fake,” which is dedicated specifically to disinformation and propaganda, where we monitor and expose fakes. It aims precisely at confronting, and, if you will, competing with the propaganda.

Q. For which audience do you write, for example, about the Salisbury case? As a journalist, you probably keep in mind a specific reader – what can you say about him or her?

A. In terms of demographic criteria — gender, age, and regional location of the reader — our audience is fairly evenly distributed across Russia. The ratio of men and women, old and young people will be about the same as the average for Russia. Obviously, more people from large cities read us, but there are also more people living in large cities, so I don’t see any deviations here, and we are not trying to single out some kind of core audience and shape our texts accordingly. 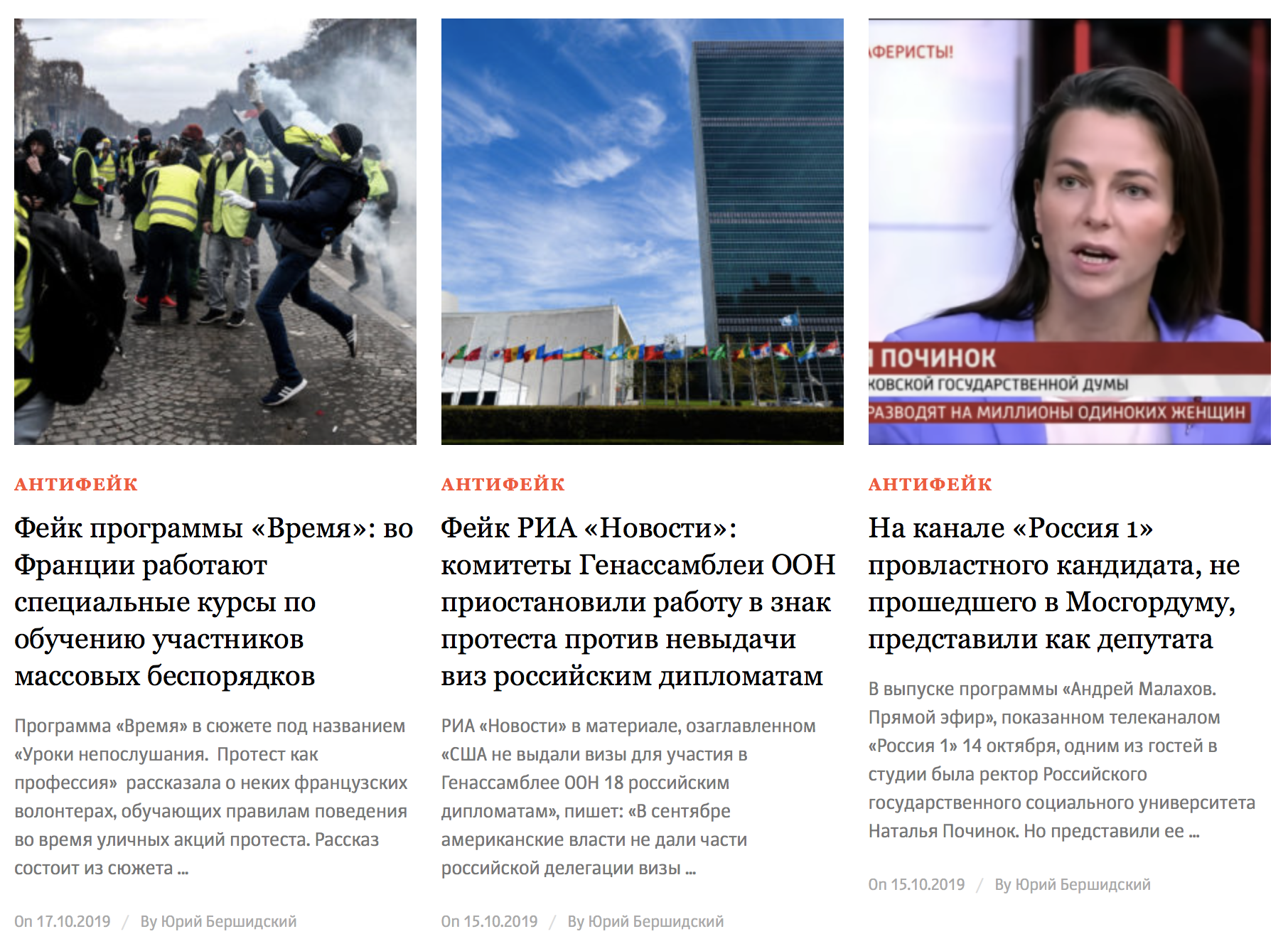 An entire “Antifake” section of The Insider is devoted to analysing and debunking disinformation appearing in pro-Kremlin media. The section is updated with examples several times every week.

Of course, we understand that on average, a reader of The Insider will be a little more educated, advanced and progressive than the reader of any regular site. Why would people open The Insider if our articles made them angry? It happens by itself, we do not try to focus only on liberal circles, unlike, for example, Grani.ru, where they now refer to Russian police as “punishment forces” in their headlines, etc. – we try to be neutral in our language and the way we work.

Q. What can you tell about the methods you use in exposing disinformation?

A. For example, we investigate who runs the propaganda. Tomorrow, we will publish an article about this kind of question, namely about [a consultant working for the Kremlin, Konstantin] Kostin and how the Presidential Administration organises provocations against [the opposition politician and anti-corruption activist Alexei] Navalny; that is one kind of story.

Click to watch Roman Dobrokhotov explain to Associated Press how he uncovered the identity of one of the suspects in the Skripal case.

“How can you work from Russia at all?”

Q. The last question, on a more personal note, and I think you are often asked about this. Are you not afraid for your safety? Have you considered stopping your investigations, somehow changing your profile?

A. I was just on a business trip to the US where I had an average of ten meetings every day for three days in a row – and during these three days there was one question which was repeated constantly, it came in first at all meetings, and it was this: Do you fear for your safety, and how can you work from Russia at all?

I think that journalists in Russia are in a privileged position compared to activists and even members of NGOs; we do not see such mass repressions against journalists, as, for example, in Turkey, where hundreds of people are imprisoned – not to mention countries like China, Iran, Egypt.

In the Russian regions it can indeed be difficult for journalists to work; there the value of a human life is even lower. So that is where we see more murders, attacks, journalists being arrested. In Moscow, you can work more or less without being touched, so I see no reason to worry.

But everything is understood through comparison; the risks are different everywhere. It would be one thing if I lived, say, in Switzerland; then maybe I would have given more thought to the question whether it is worth undertaking some dangerous investigations or not; but we live in Russia and share the experience of having lived in the Soviet Union, the experience of our parents – I also remember it well. Compared to that period, risks are smaller now, so perhaps we shouldn’t complain, Russia is not such a totalitarian country‚ and even if the risks are big – well, sometimes you have to accept that there is a risk in what you do and that it’s a part of the job. 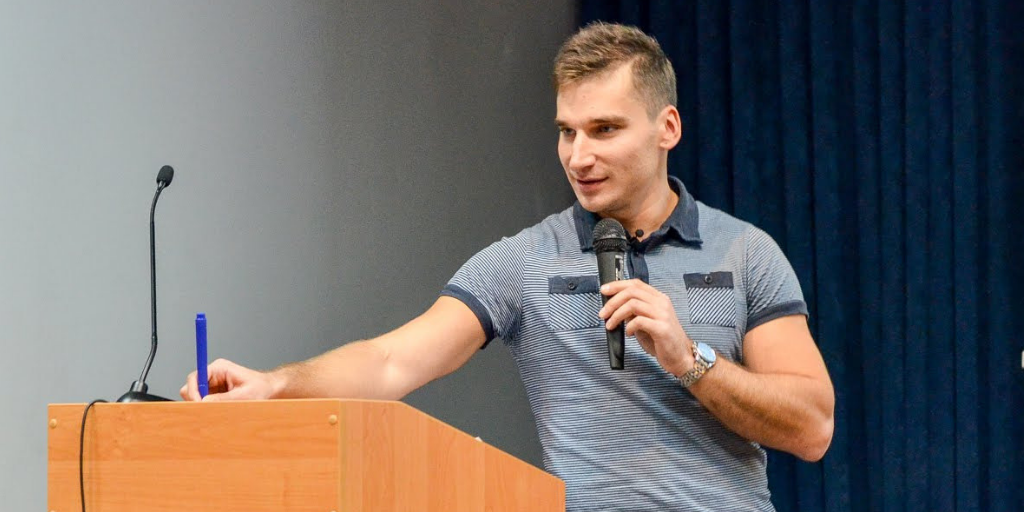 “The Propaganda Digs a Cultural Ditch Between Russia and Europe”: Pavel Kanygin has covered the MH17 case as an investigative journalist with Novaya Gazeta. In this exclusive interview, he shares his experience in challenging the state-sponsored disinformation. The first article in our series of portraits.