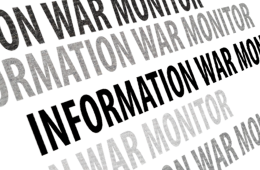 GLOBSEC Policy Institute’s bi-weekly overview of conventional and social media discourse in the Czech Republic, Hungary and Slovakia monitors propaganda and disinformation attempts, as well as democratic responses in the on-going information war, in order to increase awareness about this recently emerged challenge and promote fact-based discussion in Central Europe.

Pro-Russian propaganda in the second half of June 2016 generally tried to undermine big transnational institutions, namely NATO and the EU, as well as the USA riding the recent waves of local or geopolitical turmoil:

The pro-Kremlin propaganda in Central Europe continues to portray NATO as an aggressor which unnecessarily provokes Russia and is in fact “occupying” Eastern European member states under the disguise of military “re-deployment” in the region. Vladimir Putin is quoted by Hungarian Világlátó about a need for a “new strategic power of balance in the world” which used to safeguard peace in the world for the last 70 years. Thus, the Russian President uses the NATO defense shield installed in Eastern Europe to reinforce or reinstall Russia’s global power image, while Putin also warned Romanians of American changes made to missiles at Deveselu air base – implying a possible nuclear armament of the devices.[i]

The pro-Russian propaganda continues to picture NATO as an aggressor, instead of the Kremlin waging war in Eastern-Ukraine, whose “increased activity at the Russian border” undermines common European stability, and “forces” Russia to take military counter-measures.[ii] The pro- Kremlin outlets distort NATO’s exercises in Eastern Europe as “NATO is increasing its ‘aggressive rhetoric’ and aggressive actions in the vicinity of [Russia’s] boarders,”[iii]dismay that the United States/NATO are “preparing Europe for total war”[iv] and claim that “blackmailer NATO” creates “imaginary threats to the global stability.”[v]

While one of the Slovak sites predicts that “strategies on how to sabotage Russian forces” will be discussed during the NATO Summit in Warsaw,[vi] other pro-Kremlin outlets depicts Jens Stoltenberg, the Secretary General of NATO, as “a spokesman of the ultra-militaristic superpower who supports the continuation of Russian intimidation.” At the same time, German Chancellor Angel Merkel “allegedly perceives” “the coercive sanctions policy and intimidation of Russia as a sort of a moral compensation for [Russia’s] historic victory over Nazi Germany in 1945.”[vii] Furthermore, Czech pro-Kremlin websites with headlines “NATO says that now it has a reason to attack Russia” distort the application of the Article 5 of the Treaty in case of cyber attacks.[viii][ix] Other Czech articles elaborate the “conspiracy theory” behind the new NATO headquarters, which supposedly have a shape “similar to the symbols of Nazi Germany.”[x]

Before and after the Brexit turmoil, the European Union and its institutions seemed to be an easy target of the Pro-Russian propaganda. In fact, regardless of the result of the referendum, the propaganda simultaneously accused Brussels of creating a new “superstate,” as well as falling apart on an institutional level. One Czech article states that Brexit is the proof of the EU falling apart, which boils down to, for example, Estonia’s financial and economic hardships caused by the accession to the EU.[xi] Hungarian Hídfő quotes Boris Johnson about the “need to take back democracy from Brussels,” since the EU is governed undemocratically by unelected officials.[xii] Slovak far-right party, the People’s Party Our Slovakia tried to capitalize on the crisis soon after the referendum. Party leader Marian Kotleba congratulated the UK citizens on their decision to refuse Brussels’ dictatorship, while also proclaiming that “the time has come even for Slovakia to leave the sinking European Titanic” and therefore his party would start to collect the signatures for the referendum to leave the EU. [xiii] Slovak Pro-Russian outlets even distorted the facts to portray the June 25th protest held against the “Islamization of Europe” in Bratislava to be a protest the destruction of Europe and Brussels’ dictatorship. Public Anti-EU resentment in Slovakia is also stoked by online questionnaires about EU membership.

Still, the main Anti-EU narrative focused on the joint German and French plans to establish a “strong Europe” based on common European security, migration, and economic policies in the wake of the Brexit crisis; a plan which was easily interpreted as an outline for a new “superstate.”[xiv] Several Czech sites claim the plan was drawn up to destroy member states.[xv] One Slovak outlet has gone into much detail of this destruction by asserting that European countries would de facto lose their rights on their own [national] army, security forces, criminal code, independent tax system including taxes, own currency and central bank.”[xvi]

Contrary to doomsday predictions of the EU’s fate, Hungarian Pro-Russian outlets tried to put forward Kremlin’s main geopolitical agenda through the recent crisis. One site quoted President Putin about Moscow’s readiness to form a new common economic and humanitarian area with the EU after the Brexit referendum.[xviii] Another Hungarian site claimed that European sanctions policy against Russia has lost its most ardent supporter – the UK, which will lead to suspension of the sanctions eventually.[xix] Thus, the current crisis of the EU and EU leadership is successfully used by the Kremlin to add to the havoc as well as to further ease its international pariah-status after Crimea and during the continuing war in Eastern Ukraine.

The United States have been a target of several conspiracy theories and false news reported by the pro-Kremlin websites especially in the Czech Republic, but also in Hungary and Slovakia. The main focus was on the presidential elections, sanctions towards Russia, the tragic shooting in Orlando and an overall narrative that describes the US as a state with totalitarian habits controlling and lying to their own citizens and to the Europeans alike.

One of the main stories spread by the conspiracy websites was an alleged Stanford University study proving a fraud during the Democratic Party presidential primaries in 2016 and therefore Hilary Clinton did not win the elections fairly. However, the study was not actually published by the Stanford University, its authors do not deal with the election.[xx] Hilary Clinton’s position was also questioned by another website citing a non-existing report of Russian intelligence service, according to which the former High Representative of the UN John Ash has been found dead in his house right before he was supposed to be delivered before the Grand Jury, where he should have testified against her.[xxi] Slovakian fringe media spread the statements of the Russian political scientist Alexander Orlov originally published in New Eastern outlook. He predicts a radical and aggressive change in the US foreign policy assuming Hilary Clinton wins the elections and believes she will launch “new policy of old American aggression.”[xxii]

A Hungarian site published an article against the sanctions citing Ann Wright, a retired colonel and former U. S. State Department official who visited Crimea as part of a U.S. delegation dispatched by American Center for Citizen Initiatives.[xxiii] Leading Hungarian Pro-Russian mouthpiece Hídfő attacked the sanctions from an economic point of view. Hídfő claims based on Bloomberg that the sanctions have benefitted the USA while Europe had lost 100 billion EUR worth of business.[xxiv]

Relations between the US and Ukraine have also been in the focus of pro-Russian websites, mostly suggesting Ukrainians are sick and tired of the behavior of the United States and are demonstrating in order to decrease their influence in the country. One of the main propaganda websites in Slovakia reported anti-American protests are happening in Kyiv, mostly against igniting and supporting the war in Ukraine, requiring that the US troops leave Ukraine immediately. [xxv]

The conspiracy theories targeting the US were most often based on the shooting in the Orlando gay bar, traditionally suggesting it was a false flag operation conducted by the CIA with the aim to help President Obama ban guns. Non-existing testimonies and speculation about fake victims of the attack are presented as proof.[xxvi]

The absurdity of the “news” reported by several Czech pro-Russian outlets became very intense during the second part of June, from claims that NASA is covering up information about an ancient civilization on the Moon[xxvii], over the repetition of disinformation originating from the US Channel 2 Action News that the US government pays millions of dollars for mosques reconstruction in Europe[xxviii], to the article saying that the murderer of British MP Jo Cox and the man who wanted to assassinate Donald Trump were mentally programmed by the CIA.[xxix]

Lóránt Győri is a researcher at Political Capital Institute

Péter Krekó is the director at Political Capital Institute