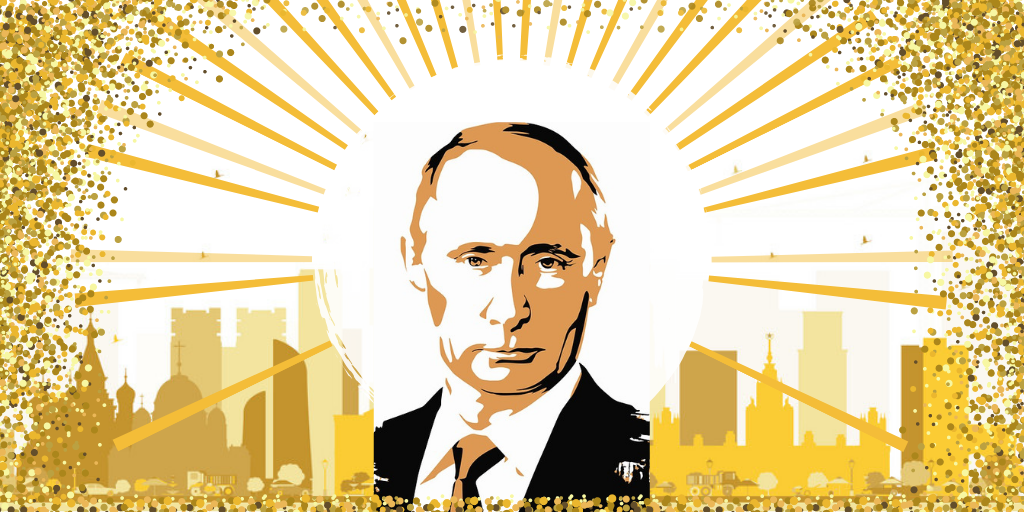 Putin Aide Suggests Enlightened Monarchy as a System for the Future

The European elections are only weeks away, and a top aide to the Russian President is commenting on the complaints about Russian meddling and disinformation:

Foreign politicians accuse Russia of interfering in elections and referendums all over the planet. In reality, it’s even worse: Russia is interfering with their minds. They don’t understand what to do with the changes in their own thought. Ever since the destructive 90s, our country has refused any kind of ideological loans and started to produce ideas by itself. We have started an information counter-attack on the West.

These are the words of former Deputy Prime Minister Vladislav Surkov, a close confidant of Vladimir Putin. In an article, written for the influential Nezavisimaya Gazeta, the author explains how The State of Putin (Surkov’s name for the country the rest of us know as “Russia”) has established a new form of governance that is now enviously studied by Western leaders:

The political system, made in Russia, is not only useful for our own future, it has an obvious potential for export. Certain parts of it are already in high demand. Our experience is studied and employed, supported by both ruling parties and opposition groups in many countries.

Democracy doesn’t work, argues Mr. Surkov. Democracy offers only an illusion of choice. With TV-series such as House of Cards and Boss as sources, Surkov goes forth to describe the nature of democracy:

There is a plethora of bastards to choose from and complicated rules to keep the infighting between them at more or less a draw. This is how the coveted system of checks and balances works – a dynamic equilibrium of pettiness, a balance of greed, a harmony of deception. If someone goes too far, the ever-vigilant Deep State moves into action and the invisible hand draws the culprit back to the bottom.

Russia is not suffering from the perils of democracy. An enlightened ruler, Vladimir Putin, has the singular gift of understanding the people’s needs.

The ability to hear and understand the people, see it right to its depths and act accordingly – this is the unique and most important characteristic of the State of Putin. This corresponds with the people and is in line with its ambitions and is not subject to any of history’s counter currents. This is efficient and lasting.

So, instead of meddling in foreign elections, Russia is kindly offering the concept of “The Enlightened Monarch” to Europe. Surkov’s article is without a doubt interesting, but the system is neither “made in Russia”, nor very new. Surkov’s ideas are just as old and quintessentially European as the walls of the Kremlin. The Italian political theorist Niccolò Macchiavelli’s book The Prince describes Surkov’s concepts in great detail, and it was published in 1532. Not long after, the Italian architects Antonio Gilardi, Marco Ruffo, Pietro Antonio Solari, and Aloisio da Milano designed the walls of the Moscow Kremlin. Another foregone European ruler, Austrian emperor Joseph II, made his message shorter and snappier than Surkov’s: “Everything to the people, nothing by the people“.

Surkov’s article has been intensively discussed in Russia. Putin’s spokesman, Dmitry Peskov, has described Surkov’s essay as “interesting and profound” and has ensured the Head of State will study it. Other Russian commentators are less impressed: dissident journalist Igor Jakovenko says that Mr. Surkov’s essay could have been shortened to six infamous words: “One People, one Realm, one Führer”. And opposition leader Mikhail Khodorkovsky has commented on the article, paraphrasing a Soviet slogan: “Putin lived, Putin is alive, Putin will live forever”.

Surkov demonstrates that Russia (or should we already start talking about the State of Putin?) is part of the European culture. Ideas and philosophies have always been exchanged across the continent. Old ideas are brought up, tried again. Russia tried Marxism. Didn’t work. Now Surkov suggests the already abandoned European concept of the Enlightened Monarch as an innovative system of the future.