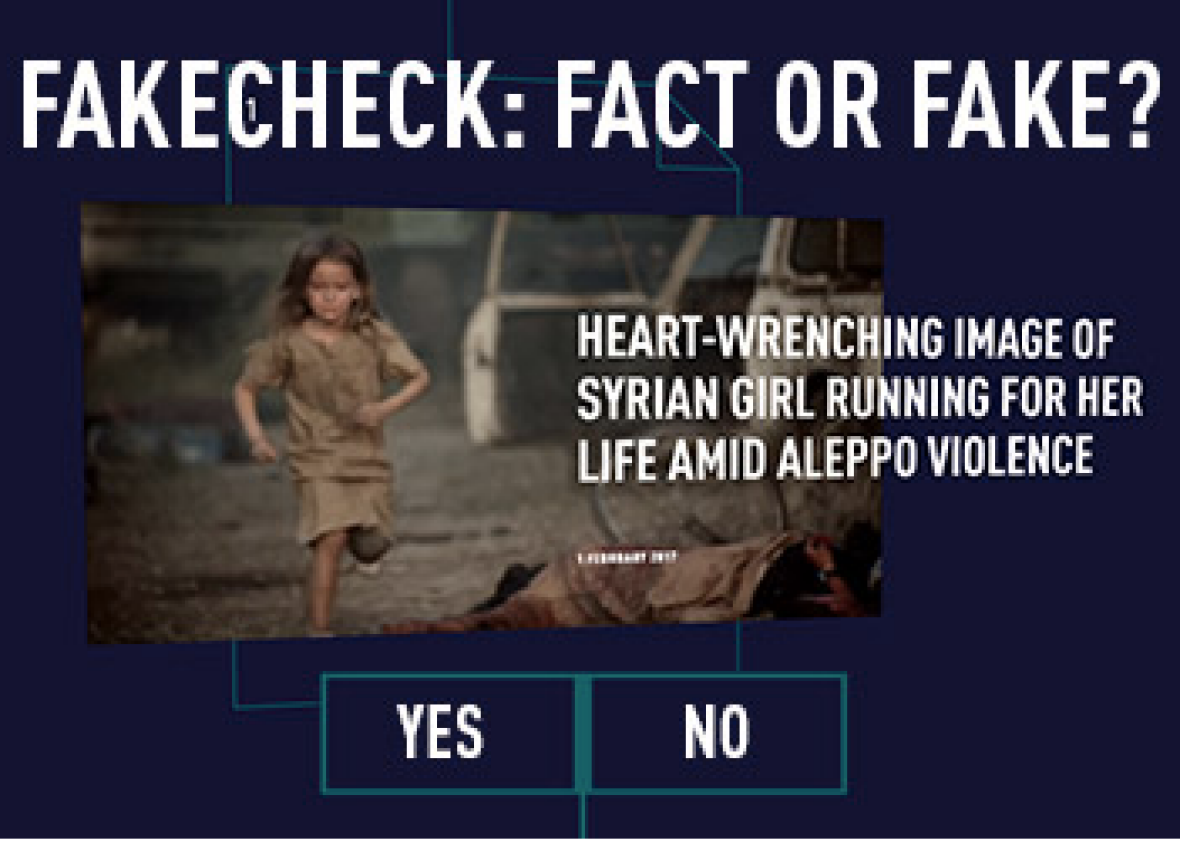 In case anyone needed a reminder that we’re living in strange times: Russia Today has launched a fake-news debunking site.

The Kremlin-backed news organization, a notorious propaganda purveyor in its own right, announced the site — called FakeCheck — on Wednesday. It wrote:

In a post-truth world, it’s sometimes hard to distinguish between what is real and what is fake news. RT’s new special project, FakeCheck, helps you to separate fact from fiction and transit into a post-fake reality.

The ironies embedded here are so deep that it’s pretty much irony all the way down. Few news outlets have done more to usher in a “post-truth world” than RT, which is fond of “investigating” such questions as whether the CIA created Ebola or if 9/11 was an inside job. And few are less likely to lead us to a “post-fake reality” than one politically committed to both Vladimir Putin and Donald Trump, whose presidential candidacy RT supported in part by spreading conspiracy theories about Hillary Clinton.

You will probably not be shocked, then, to learn that RT’s fake-news site so far seems dedicated exclusively to debunking stories that cast either Russia or Trump in a negative light.

Its introductory article repeatedly holds up a single erroneous Washington Poststory as a prototypical example of the “fake news” it’s trying to combat. The Dec. 31 story—which reported that Russian hackers had penetrated the U.S. electrical grid—was quickly debunked by authorities, and the Post soon corrected the article. There’s plenty to criticize in the paper’s handling of the story. But it’s noteworthy largely because it’s a relatively rare example of a major, mainstream news outlet getting a story so egregiously wrong. RT leans on the story so heavily in its portrayal of the fake-news problem because it has to; at publications like the Washington Post, this sort of screw-up is not common.

The FakeCheck site so far appears to debunk just six stories in all, including the Post’s. Of the other five fakes it targets, three pertain to Syria, and two are anti-Trump. (Not that there’s any connection between these subjects!)

It’s almost hard to remember now, but the concept of “fake news” was largely nonpartisan as recently as five months ago, when it referred mostly to intentionally fabricated stories from faux outlets posing as real news organizations. It soon became a rallying point for mainstream media and fact-checking organizations determined to root it out as part of their journalistic mission. (Slate was among several organizations to build tools designed to flag fake news stories in readers’ social media feeds.) But the term quickly began to lose its meaning as first liberals, then right-wingers adopted the term as a pejorative for any media coverage they found objectionable. Soon the concept had turned 180 degrees from its original definition. And now, it seems, “fake news” can mean “news that runs counter to the interests of Russian propaganda organizations.”

In that sense, perhaps RT really is speeding the transition to a “post-fake reality.” When we all have our own definition of what’s true, we might as well disagree on what’s fake, too.

By Will Oremus, Slate