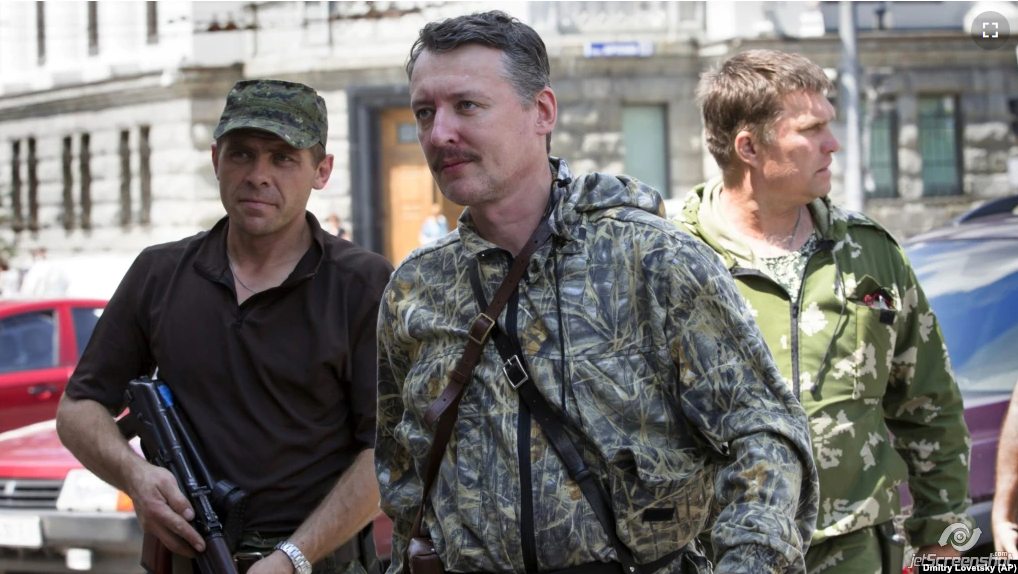 Pro-Kremlin sociologists record an extremely low level of protest activity in Russia against the background of the Ukrainian war. In particular, the Social Opinion Fund notes that only about 15 to 25 percent of citizens are inclined to express open disagreement in today’s Russia (Media.fom.ru, July 8). Telegram channels loyal to the Kremlin connect this tendency to social disapproval with protests in time of war, sanctions from the authorities and the elimination of nonsystemic opposition from the internal Russian information space (Tgstat.ru, July 10).

However, an influential group is informally forming in the country that has authority among the “pro-Putin majority” and simultaneously allows itself to criticize the government at times. These are those who directly, or indirectly, engage in the Russian-Ukrainian war on the Russian side: war correspondents, the most odious propagandists, leaders of pro-Russian “militias,” volunteers, and the like.

They are of a wholly radical character, demanding that the war be “conducted to a victorious end” and vowing loyalty to the Russian army (Komsomolskaya pravda, April 1). These are the people the Kremlin bets on in its militaristic propaganda, portraying them as “heroes of contemporary Russia” (Novorosinform.org, March 4). However, in recent months, this group is beginning to strongly criticize Moscow’s actions.

For example, following Russian-Ukrainian negotiations in Istanbul on 29 March, many propagandists began a massive information campaign accusing participants in the talks of “treason” and “surrendering national interests” (The Insider, March 29). The extent to which this was a government-coordinated effort is unknown, but, in large part, it became the primary justification for ending the negotiations (Regnum, March 29).

Several war correspondents have gone even further and threatened the Kremlin with a “coup” over “unjustified bans” on war coverage (EADaily.com, May 3). Some Kremlin political scientists have expressed concern that, soon, overly freedom-loving correspondents will be “forced into obedience,” as they become overly popular to “new Russian politicians” in expressing the interests of ordinary people; and, ultimately, the system does not like “upstarts” (Tgstat.ru, July 10).

As early as 2014, Moscow officials began addressing the potential risk of a radical Russian minority from the war with Ukraine returning home and becoming problematic. In this regard, Ukrainian experts declared that the Russian special services were behind the murders of the “heroes of the Donbas militia” and the leader of the self-proclaimed Donetsk People’s Republic, Alexander Zakharchenko, attempting, in the process, to place people more loyal to the Kremlin in those positions (DSNews, August 31, 2018).

Indeed, Russian authorities preferred to “ignore” these deaths and did not investigate the murders (Gazeta.ru, October 17, 2016). At the time, militaristic propaganda had not yet reached its zenith, and the number of Russians personally involved in the events in Donbas was comparatively small. Now, the war has a comparatively greater impact on Russian society, and the Kremlin is trying to involve as many people as possible in its aggressive policy.

This goal is achieved through a “covert mobilization” and promised incentives. In March 2022, a law was passed recognizing participants of the “special military operation in Ukraine” as war veterans and providing them with extra bonuses, including pensions, assistance in buying homes and tax privileges. (Kommersant, March 26). In July 2022, the Federation Council (Russian senate) approved a bill under which civilian specialists working in the zone of the “special military operation” would also receive war veteran status along with the corresponding privileges (Parlamentskaya gazeta, July 8).

Meanwhile, a law was recently passed to abolish the age limit for finishing one’s first contract of military service, which was previously age 40 (RIA Novosti, May 28). The next change was a law permitting the army to enter into contracts with 18-year-old school graduates who had never served in the military (Bbc.com/russian, June 25). Furthermore, although general mobilization has not been officially announced, human rights activists have highlighted that cases of sending reservists for medical examinations and efforts to attract volunteers and contract soldiers to the war have both become more frequent (Сurrenttime.tv, May 11).

In addition to the military, the Kremlin authorities are trying to actively involve civilians in the events in Donbas—not only doctors and first responders but also students from Russian regions are being encouraged to move to the Russian-occupied territories (Izhevsk-news.net, June 8). Teachers, if they agree to relocate to the disputed regions, are being promised a double salary and impressive per diem payments (Еspreso.tv, July 10). Moreover, in a recent meeting with the heads of Russia’s parliamentary factions, President Vladimir Putin personally supported an initiative for a visit by the deputies to the occupied regions of Ukraine (Kremlin.ru, July 7).

This level of public involvement in the war creates the prerequisites for people who “passed through Donbas” to have special credibility with the Russian majority. Indeed, several of them are already speaking in harsh terms regarding the authorities in Moscow. Former Federal Security Service (FSB) officer Igor Girkin (Strelkov), who unleashed the initial invasion of Ukraine in 2014, has, for all these years, consistently criticized Putin personally. Today, Strelkov outright predicts the same fate for the Russian president as deceased Libyan dictator Muammar Gaddafi if he once again “shamefully surrenders” in the war with Ukraine. The former FSB officer also demands the replacement of at least part of Putin’s team of “thieves, scoundrels and traitors” (YouTube, June 14).

If eight years ago Strelkov’s position seemed marginal, today, other Russian propagandists warn that, if Russian authorities “do not stick it out to the end” in the seizure of Ukrainian territories, as well as in the cardinal economic and political restructuring of the country, they will lose the people’s support. Pro-Kremlin “experts” muse that “the initiative of the people, which was awakened during the special operation … will be impossible to contain” if victory is not complete (YouTube, July 8).

As mentioned previously, for the time being, waging a protracted war is beneficial for Putin (see EDM, June 30), and thus, in the near future, Russian authorities will most likely be able to meet the expectations of the growing radical minority in this aspect. However, in terms of economic achievements and restructuring a system based on total corruption, prospects for the Kremlin are remarkably dimmer. As such, these radicals nurtured by Russian government propaganda may sooner or later turn on their creators.