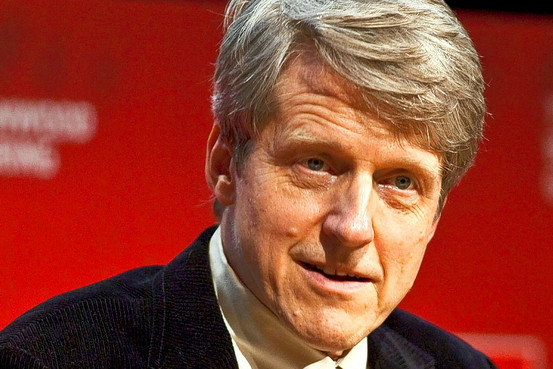 Russia’s aggression against Ukraine and the Russian public’s acquiescence in direct government control of news media have many people wondering if Russians are predisposed to authoritarianism. It seems like a sensible question. But I have learned from experience that we have to be very careful about drawing conclusions about national character from isolated events, Robert J.Shiller wrote for Project Syndicate.

In 1989, I was invited to an economic conference in Moscow, then in the Soviet Union, sponsored jointly by the Soviet think tank IMEMO (now called the Primakov Institute of World Economy and International Relations) and the United States’ National Bureau of Economic Research. Such joint conferences were part of a historic breakthrough, resulting from a thaw in US-Soviet relations. The Soviet economists seemed enthusiastic about a transition to a market economy, and I was struck by how openly they spoke to us during coffee breaks or at dinner.

But, significantly, the Soviets expressed serious doubts at the conference that their public could ever allow free markets to function. Individual market actions, they said, would strike the public as wrong, unfair, and intolerable.

I met one of the younger IMEMO economists, Maxim Boycko, and was impressed by his sincerity and intellect. (He later became Russian Deputy Prime Minister and Minister of State Property under President Boris Yeltsin, left the Russian government before Vladimir Putin came to power, and recently came to the US, where he is lecturer in economics at Harvard and Brown.) We had a lively conversation. I told him that many Americans also think capitalist practices are unfair. Were attitudes in the two countries really different?

It appears no one had ever conducted a survey about such attitudes. In 1989, however, it was possible to do just that. We decided on the spot to carry out a careful questionnaire survey comparing attitudes toward free markets.

After laboring over subtleties of translation and possible extraneous associations that might bias respondents’ answers, we arrived at a set of virtually identical questionnaires in both Russian and English. We administered the survey (with the help of Ukrainian survey expert Vladimir Korobov) in New York and Moscow in 1990 and published our results in the American Economic Review in 1991 and in the IMEMO journal MEIMO in 1992.

The differences we found in attitudes toward free markets were often small, and it was hard to make sense of them in terms of authoritarianism and democracy. For example, we asked, “On a holiday, when there is a great demand for flowers, their prices usually go up. Is it fair for flower sellers to raise their prices like this?” Just as the IMEMO economists predicted, most (66%) of those who answered this question in Moscow thought it was unfair. But there was a surprise: New York yielded virtually identical results (68% thought it was unfair).

So we decided last year to find out whether the same similarity between Moscow and New York persists today, or whether, given the revival of authoritarianism in Russia today, attitudes toward markets there had become more negative. We administered the identical questionnaire in the two cities in 2015. We presented the results at the American Economic Association’s annual meeting this January.

For our 2015 survey, Boycko and I decided to examine attitudes toward democracy itself. Fortunately, we were able to find a study conducted in 1990 by the political scientists James Gibson, Raymond Duch, and Kent Tedin (GDT), which asked questions in Moscow that, like ours, got past slogans to assess basic values. Though they did not do a comparison with New York, we thought to add it in 2015.

Surprisingly, most of the results concerning democratic values do not support the idea that Russians prefer strong authoritarian government. For example, GDT asked in 1990 if respondents agreed with the statement “The press should be protected by the law from persecution by the government.” Only 2% disagreed in 1990; in 2015, Russians were substantially more likely to disagree (20% did), suggesting a decline in democratic values. But the real surprise is our 2015 results in New York for the same question: 27% disagreed. New Yorkers appear less supportive of a free press than Muscovites today!

The biggest difference of all between Moscow and New York came from the GDT statement “It is better to live in a society with strict order than to allow people so much freedom that they can bring destruction to the society.” In 1990, 67% of the Muscovites agreed, and 76% agreed in 2015, while in New York in 2015 only 36% agreed. Maybe this is important, but it is an outlier – the most extreme difference between Moscow and New York in our entire survey.

Overall, while there are differences, the results do not lend strong support to the idea that recent events have a simple explanation in terms of differences in deep attitudes toward free markets or authoritarianism. It’s wrong to write Russia off as fundamentally different from the West. In 1991, we concluded that the Russian national character was not an obstacle to creating a market economy in Russia – and were proven right. We hope we are right again, and that national character will not prevent Russia from becoming a truly democratic society someday.

Robert J. Shiller, a 2013 Nobel laureate in economics, is Professor of Economics at Yale University and the co-creator of the Case-Shiller Index of US house prices