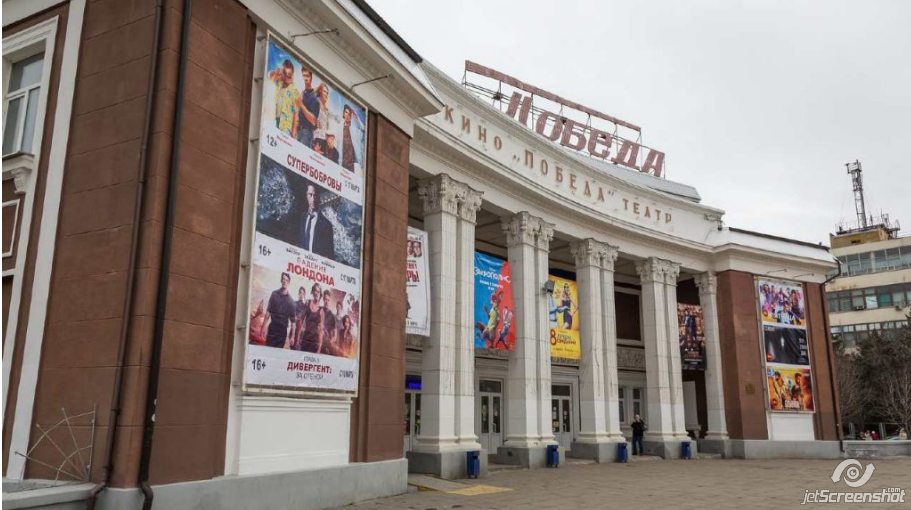 With thousands of Russians protesting against Vladimir Putin’s war of aggression in Ukraine, movie theaters are reinforcing government-approved themes.

The war generated an exodus among foreign movie studios, which withdrew planned major film releases. Russian movie theaters responded with a wave of re-releases of domestically made products, many with openly chauvinist themes.

Leading the line-up will be the Brat (Brother) gangster movies, the first of which was released 25 years ago. The Brat (1997) and Brat-2 (2000) movies are examples of extreme anti-Western and anti-Ukrainian sentiment.

The series is based on Danyla Bagrov, an average young male from the 1990s and a war veteran, who confronts and triumphs over all Russia’s modern enemies — Americans, Jewish people, Ukrainians, black people, anyone from the North Caucasus incapable of behaving in Russia and others. “We are Russians, the truth is on our side,” Danyla famously says. The movies are symphonies of violence, with all Russia’s enemies dead or humiliated by the end. Brat-2 is one of Putin’s favorite movies and he repeatedly drops Danila Bagrov quotations into his press conferences.

Kids will also be able to enjoy some bracing and government-approved themes while their elders are watching the Brats. The Three Bogatyrs (The Three Knights) will also return with its depiction of ancient Kyiv, shown as a Russian city under threat from the greedy West and a brutal Muslim world.

Russia has a history of patriotic films to stiffen the national backbone in wartime, and the issue has concerned officials up to and including senior leaders in the Kremlin. During World War II, Joseph Stalin personally supervised cinema production to improve morale and ordered his favorite film director, Sergei Eisenstein, to produce the epic Alexandr Nevsky, creating a myth of an eight-centuries-long fight between Russia and the evil West.

State-controlled TV channels have changed their programs too. State-owned 1st channel is running adventure movies like Turkish Gambit and Janissary about the heroic struggles of the Russian army against Turkey in the 18th and 19th centuries. The formerly private channel, NTV, owned by Gazprom, features a series about Russian Marines called Sea Devils and one about daily challenges of a special operations unit in the taiga, National Park SpecOps.

Sergej Sumlenny is a German political expert with a particular focus on security and energy policy in Russia and Eastern Europe. In 2015-2021, he was an office director for Ukraine and Belarus at the German Heinrich-Böll Foundation. He holds a doctoral degree in political science.